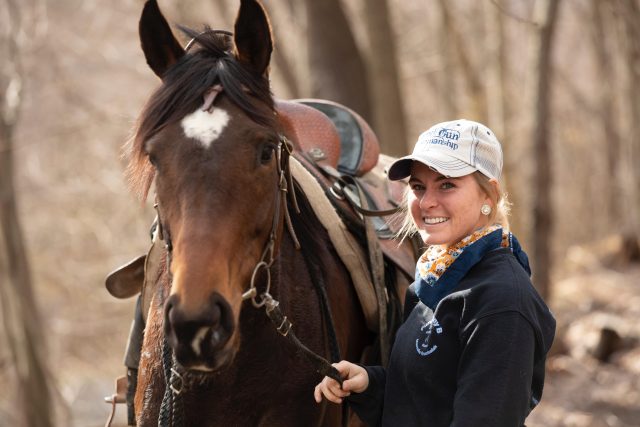 American Lioness, aka Nessi, has been putting Marcella Gruchalak through the wringer recently, and an episode that made Marcella sprint across the pasture in fear for Nessi’s health is no different — with an unexpected outcome!

For 673 accepted trainers, the journey to the Retired Racehorse Project‘s 2019 Thoroughbred Makeover has begun! Over the training period, three of those trainers will blog their journeys, including their triumphs and their heartbreaks, successes and failures, for Horse Nation readers. Marcella Gruchalak takes a slight detour on her journey to describe a recent moment that made her heart stop.

Colic. The C word that no horse owner wants to experience. Just hearing the word is frightening. A colicking horse is scary to observe: pawing, rolling and sometimes the inability to defecate is always an emergency call to the veterinarian and can lead to extremely expensive surgery, or even worse, the loss of a beloved family member. Colic has not crossed my mind in months… until one Wednesday evening.

It was a typical Wednesday night. The horses were in the pasture at their favorite spot, next to the round bale, as I was slaving over their dinner to make sure I made everything up to their standards (especially Nessi, the fussy eater in the herd).

As I was mixing my secret concoctions, I thought I heard a nicker coming from the pasture. I stopped what I was doing and listened for a moment… I heard nothing. After waiting a minute and still not hearing anything, I went back to mixing and rationing feed. Right as I picked up the feed scoop, I heard one of the horses nickering again. For a second time, I set the scoop down but this time walked outside to figure out which of the horses was nickering… I heard nothing. 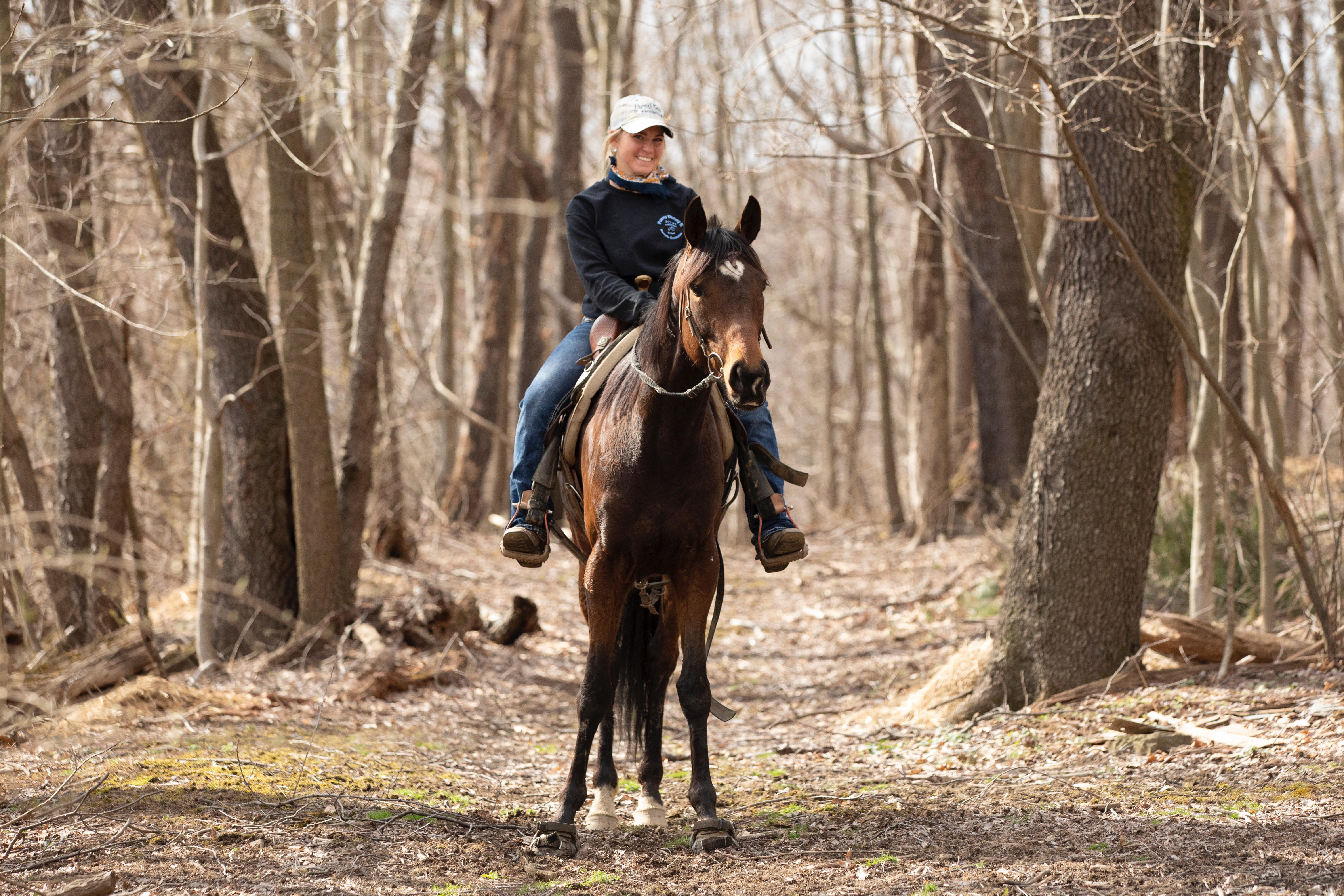 At this point, I thought I was imagining things. It was a possibility. I had worked twelve hours and I was exhausted. I went back inside and finished preparing the evening feeding. I stacked the feed buckets and began carrying them when I heard neighing from the pasture. Neighing that I was unfamiliar with and it was persistent this time. I dropped the feed buckets and sprinted towards the pasture.

Sprinting towards the round bale, I saw three of the horses standing but I could not seem to locate a fourth horse in the pasture. I began to panic, running so quickly towards the pasture that I began stumbling. At this point, I was close enough to the round bale that I could make out the horses. Tilly… check. Rosie… check. Buns… check. Nessi… where’s Nessi?

I’m now frantically looking for Nessi as I’m following the neighing. Finally, I see her, laying in the hay next to the bale, neighing. My first thought was that she was colicking. I started dialing the phone to get my significant other outside to help. I needed Banamine and the veterinarian STAT! I grabbed a halter and lead rope and rushed to open the gate.

Of course I am rushing, so there is not one task that is going smoothly. I fumbled with the chain on the gate for what felt like forever. After a few attempts, and not getting it, I decided to take a quicker route and climb through the fence. I quickly climbed through the fence not thinking about if the electric was turned off… thankfully, it was.

Through the thick mud, I started running towards the round bale. As I approached, I noticed Nessi was kicking her legs. I assumed she was kicking her back legs up to her abdomen because of the colic… WHERE IS MY SIGNIFICANT OTHER WITH THE BANAMINE? As I got closer, I realized all four of her feet were moving violently. Her movements did not correlate with symptoms of colic and after observing for less than ten seconds, that was no longer my suspicion.

What was happening here? The body movements all pointed to seizures. Her legs and feet were moving so fast that it would not be safe for me to get any closer. I helplessly stood there and watched.

Standing there, for what felt like an eternity, I observed every little detail of what was happening and I was not the only one observing. The three other horses accompanied me in the pasture, just standing there, watching their friend.

Now, watching her from a close proximity and more in depth, she did not have the spastic movements of a seizure. Her movements were controlled and very rhythmic. Wait a minute… is she doing what I think she is doing?

I let out a chuckle. Nessi was dreaming. I cannot believe I rushed down to the pasture – nearly spraining an ankle, possibly getting shocked, and brush burning my face – to find Nessi caught up in an intense dream. She was lying there dreaming about running through pastures or sprinting and winning a great race, while I was sprinting to my next injury thinking I needed to save her life.

Do not let the other horses in the pasture fool you as they did me. They had me believing they were watching their sick friend, but as soon as I had figured out and laughed about the situation, Funny Bunny B (my 2017 Retired Racehorse Project Thoroughbred Makeover mount) walked over to Nessi and nudged her. She instantly woke up, stood up, and they all walked into the pasture, leaving me to laugh about the five-minute episode and resume their evening feeding. 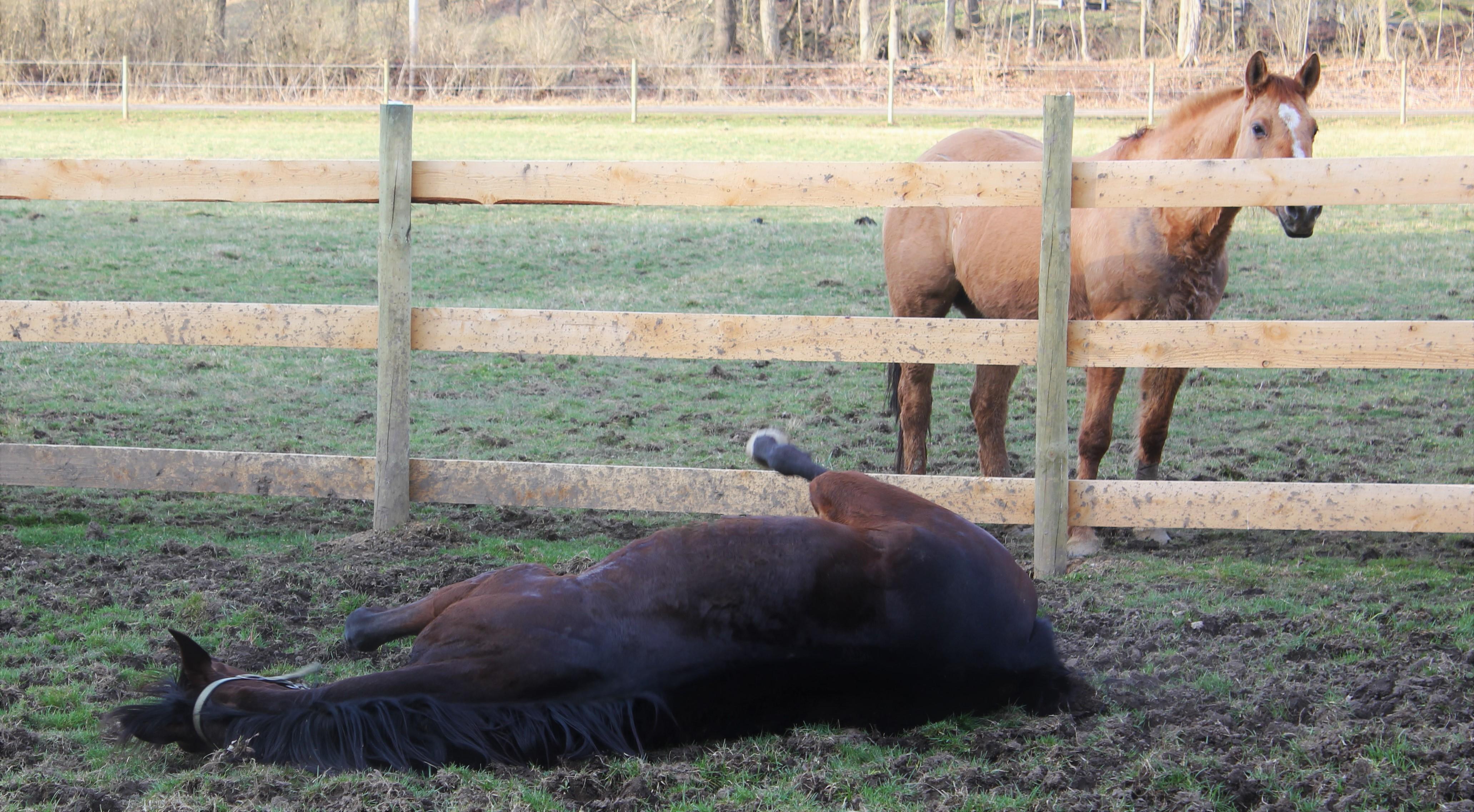