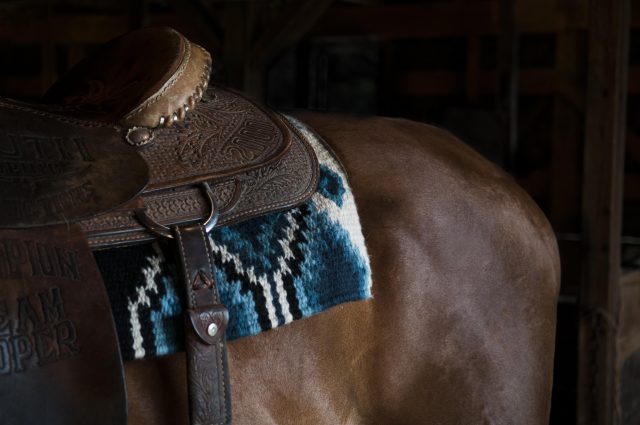 “Attempting to simultaneously embody the romantic cowboy figure while also looking like a contestant out of a beauty pageant created a dual identity for an impressionable youth left to her own devices, far from the trend-setting breed show world.” 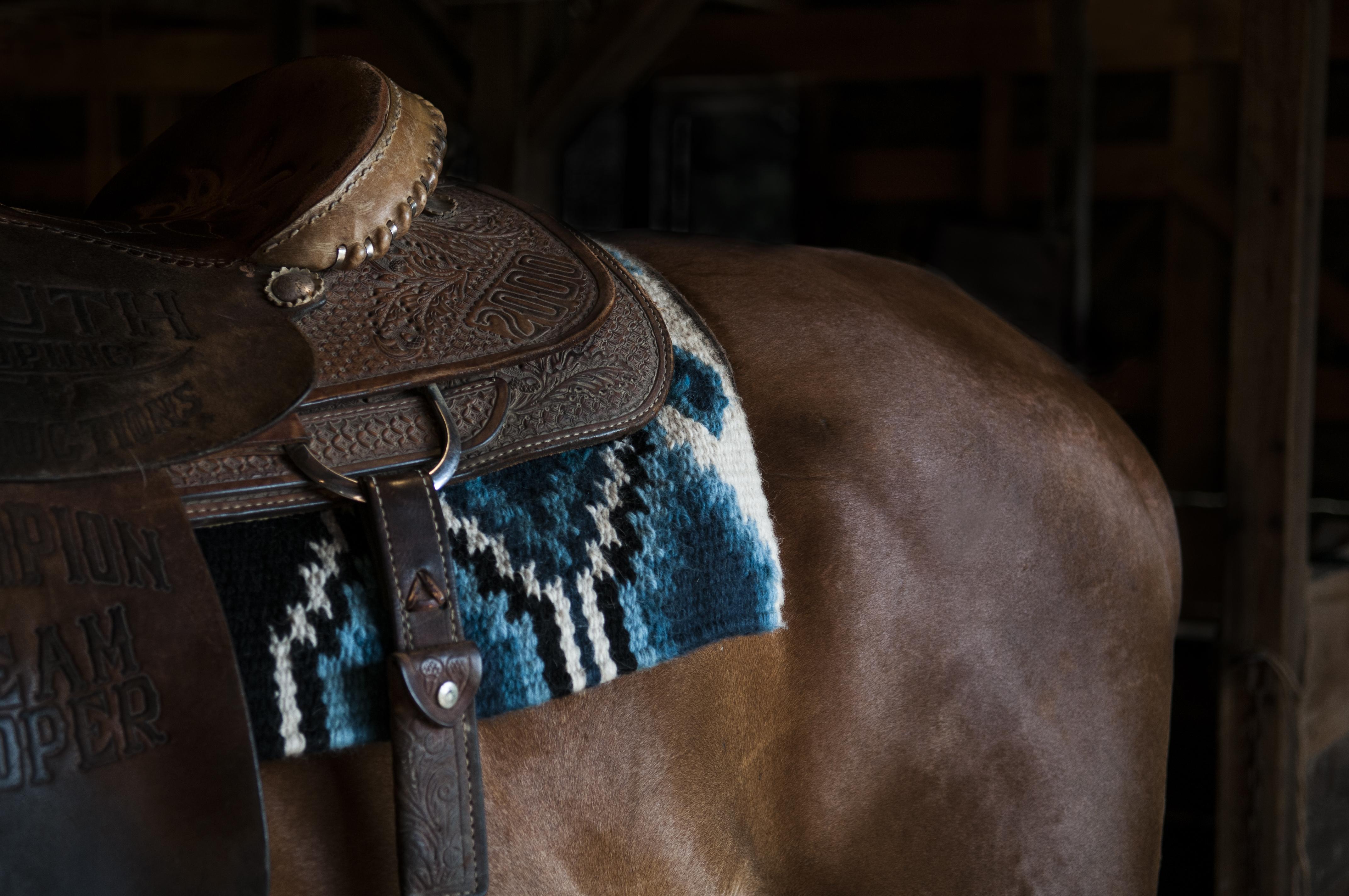 There was a time in which it was all about the bling.

As the sole western rider in the 4-H hunt seat barn of my youth, some of this desire to dazzle was my own personal counterculture movement, my act of blingy rebellion against the navy jackets and plain white show pads of my friends and peers. Partially egged on by the teenage belief that I had to make it very obvious that I no longer rode English — with puberty came this endearing tendency to freeze and plant on my horse’s neck about two strides out from every fence, necessitating a change in tack and tactics — and partially due to the novelty of it all, my mother and I headed to the craft store to bedazzle a few imitation show shirts and ordered a DIY silver kit for my eBay saddle.

Attempting to simultaneously embody the romantic cowboy figure while also looking like a contestant out of a beauty pageant created a dual identity for an impressionable youth left to her own devices, far from the trend-setting breed show world. I aimlessly swung a breakaway rope around in the backyard as though I knew what I was doing while also coveting bridles and saddles just dripping with polished silver, staring longingly at the Slinky-and-vest combinations advertised in the tack magazines boasting real Swarovski crystal.

At college, under the tutelage of coaches and team captains who had a little more experience, I learned to appreciate those fitted horsemanship tops with their labyrinth of faux-leather scrolls and crystals; we pulled the tooled and silvered saddles of my dreams out of the storage closet for the big shows of the year. Glitter? Bring it on. Gems? Yes, please. Can I put rhinestones on my spur straps and get away with it?

As my horizons broadened and I dabbled in reining, reined cow horse, a little roping, some team penning, so did the array of fashion choices. I vaguely remember when the English folks rejoiced at the advent of zippered tall boots, but my mind was turned to other things: animal print tack on hair-on cowhide. Conchos with their own crystals set around the center. Glittering belts with rhinestones the size of my palm. I remember calling a team meeting at one point at a tack store in California to ask if I should get the turquoise purse with the tasteful gems or the pink purse with the crystallized crossed pistols. The more I decked myself out, the more I looked the part, or so I thought.

And when the daily grind of being a professional in the horse industry caught up with me all at once and I decided I had to get out right now, get away from horses before every last part of me that loved them had dried up and died in an industry that seemed designed to quash the little horse-loving girl that got me into this mess in the first place, all those gems and jewels looked tawdry now.

Oh, I found my way back to horses quickly enough. I moved towns, moved in with a friend on her family farm, and her grandpa waved an arm to a paddock where a couple of horses stood waiting. “Ride any of ’em! They haven’t been rode in awhile, but that shouldn’t be a problem for you, right?”

My tack was humble — a motley collection consisting of a hand-me-down saddle my old mentor had pressed upon me on my last day on the job, a few old pads and blankets I found in the farm’s forgotten tack room, a hair-raising tangled ball of leather from which I was able to extract a few headstalls, mismatching reins, some rusty bits. I took my favorite loose-ring snaffle out of my tack trunk I thought I had locked forever and saddled up.

And for years, I rode far away from the show ring. The silver-decked show bridle I had been so proud of stayed neatly tucked in a bag in the closet; the rhinestones fell off of my collection of belts and purses. There was nothing eyecatching about my assemblage of working tack, but after spending hours in the sun, snow and rain moving cattle around the farm on a series of equally un-eyecatching but workmanlike horses, I no longer really noticed or cared.

When I finally returned to the show ring, turned out in a neat but plain fitted blouse with clean but ornament-free tack, it was all down to the performance. This was a lesson I had known in the back of my mind and deep in my heart all along — it was always about the performance. No judge worth their salt is ever truly fooled by bling and glitter anyway, but I knew this now. All that glittered wasn’t gold, but I had found something worth far more instead. I had found my way.