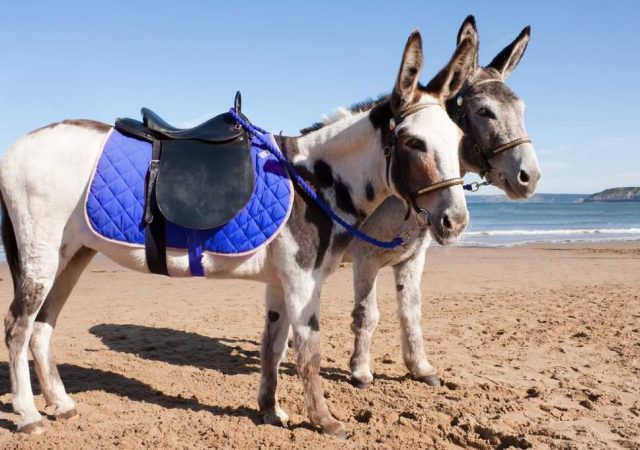 Two Greek businessmen have come up with a way to make extra money while giving their donkeys a slightly easier job: Donkey Uber. Ashley Francese brings us the scoop on Düber. 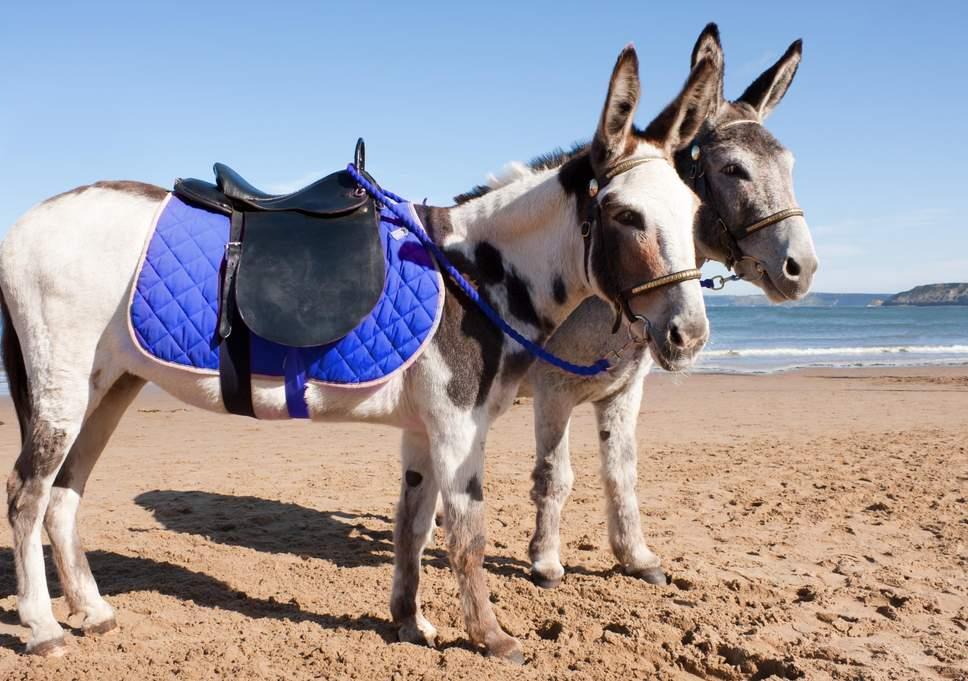 Once when I was still a high school Latin teacher I took a group of students to Italy. While in Milan, waiting at a train crossing, one naive young lady asked why we had to wait when she didn’t see any trains. Since sarcasm regularly drips from my lips, I took the bait and said, “because in Italy, they don’t use trains. They use donkeys, so we have to wait for the donkeys to cross.” At her dumbfounded expression one of the other students added, “With jetpacks… so they’re faster.” The girl’s eyes widened and she nodded earnestly, so I tried to make it explicit that we were joking, and said, “And at crossings like this one, you have to be very very careful, because sometimes the donkeys in jetpacks collide and when they do … they erupt in a giant pile of manure.” The girl laughed, and the other students and I went back to quietly waiting for the train to pass. Then she said, “But I don’t see any donkeys.” Well, I tell you, I have never seen thirty people fall down at the same time before or since, but I did that day. We all collapsed in fits of laughter. And that girl could have earned an Oscar for her comic timing, if only she had not been totally and utterly sincere.

As silly as the idea seemed then, donkeys with jetpacks are now one step closer to reality. The tourist industry on the Greek island of Santorini has changed with the times and enhanced their long-standing practice of offering donkey rides to tourists to include a donkey-fueled form of Uber. For years tourists have ridden donkeys as a means to get from the port of Santorini to the clifftop capital of Fira. There are even parts of the island, like the Karavolades stairs, where if you attempt to go it on foot, you will likely find yourself slipping on donkey urine or stepping in a pile of donkey poop. And if you attempt to ascend via cable car, you are in for a long wait, as there are not enough compartments for all the tourists.

In recent years, due to increased tourism in Santorini and increased numbers of donkeys suffering from saddle sores and back pain, there have been complaints from animal rights activists. Weight restrictions have been imposed, so that donkeys cannot be forced to carry more than 100 kilos or one-fifth of their body weight. The donkeys also have to be exercised and have access to clean drinking water. And the measures are part of a new equidae passport bill that will eventually provide an accounting for all donkeys working on the island. Nikos Zorzos, the mayor of Santorini, is on board with the sanctions and has offered to build shades and water troughs for the donkeys along the more popular routes up the coastline.

Many enterprising Greek businessmen saw the tourism increase coming and started importing donkeys from France, so that they could keep up with demand and not overburden their donkeys. Two of these men, Zero Thermopolis and Kostas Portokalos, have come up with a way to make extra money while giving their donkeys a slightly easier job: Donkey Uber.

They founded an app called Düber, which can be used to hail a donkey in the city of Fira. Thermopolis reports that the app has been a hit, especially with the tourists in Santorini. They can call a Düber and get picked up at a bar and get a donkey ride back to their hotel. It gives the donkeys a break from the exhausting work of climbing hills and gives the tourists a chance to interact with Santorini’s most famous inhabitants.

Other islands like Mykonos, Milos, and Corfu are now looking to get in on the action, and are jumping on the Düber bandwagon. Thermopolis and Portokalos are thrilled that the app is catching on and that their brand is expanding. Portokalos explains the popularity of the islands and Düber best, “Where else in the world, except in Greece, can you call for a car and be picked up by a donkey? I love this country!”