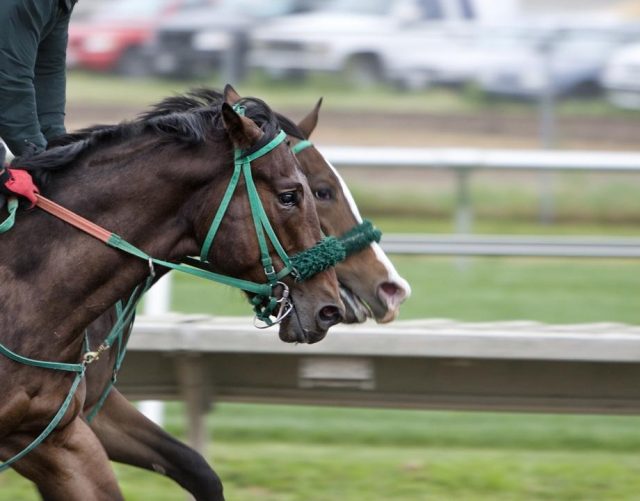 What are bisphosphonates, and why are they suddenly in the headlines? This class of drugs is intended to treat horses with symptoms of navicular syndrome — but off-label use may be doing more harm than good. The racing industry is beginning to fight back against such off-label use. 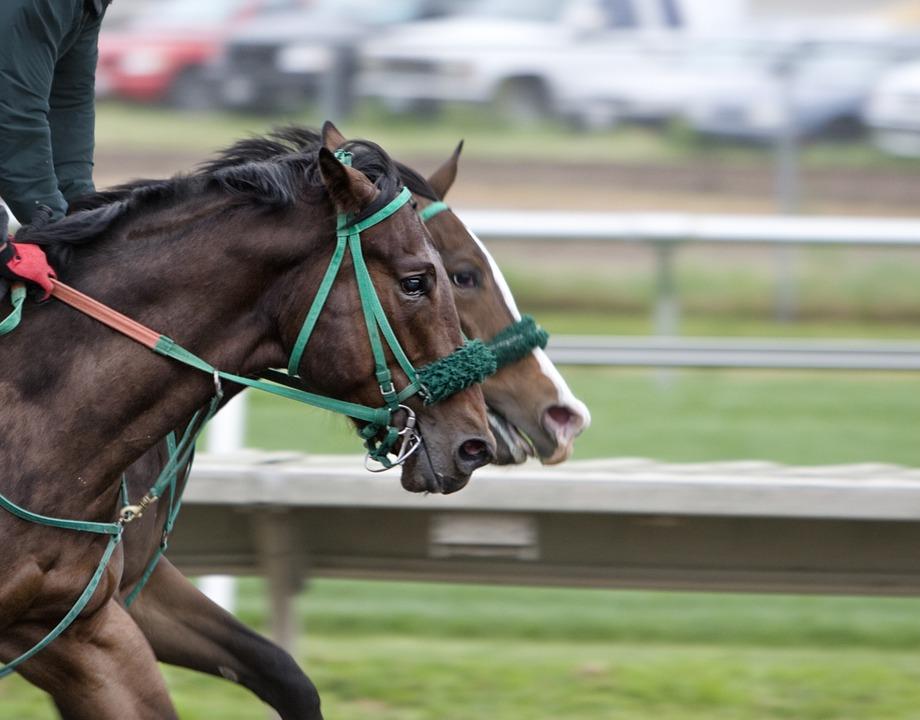 No single cause has been determined for the rash of fatal breakdowns earlier this year at Santa Anita, in which 22 horses suffered injuries too severe for rehabilitation and were subsequently euthanized. Plenty of speculative theories abound from the track surface to the long-term effects of certain pharmaceuticals; the Stronach Group, which owns Santa Anita, issued a ban on the drug Lasix as well as jockeys’ whips, which has been criticized by some as a knee-jerk reaction to pressure from animal rights groups.

However, a class of drugs intended to treat horses with symptoms of navicular syndrome is making its way into the headlines in the wake of Santa Anita’s breakdowns: bisphosphonates, sold under the brand names Tilden and Osphos, are reportedly being used to help correct certain orthopedic problems in young sales horses. Bisphosphonates also provide some long-term analgesia. But there isn’t enough research yet to know exactly how bisphosphonates affect bone remodeling in race horses in strenuous exericse, and long-term effects are still unknown. There is no hard data for how many horses in the racing industry are treated with bisphosphonates, so there is no way to know for certain if the drug is at least partially responsible for the rash of fatal breakdowns.

Both Tildren and Osphos are approved by the FDA for use in horses four years old and older. Bisphosphonates work by inhibiting osteoclasts, which are cells that clear away woven bone — that’s a temporary bonelike substance that grows to fill in a fracture — so that osteoblasts can lay down better-organized and stronger bone. Inhibiting the osteoclasts and the clearing away of woven bone works to slow conditions such as osteoporosis in humans and navicular syndrome in horses. The analgesic effect is also helpful for horses suffering from pain associated with navicular syndrome.

The drug binds to bone material, and it’s currently unknown how long bisphosphonates remain active in a horse’s system. Current testing abilities can only show whether the drug was administered within the past 28 days.

Side effects & off-label use

Off-label use of a drug is not actually illegal; the warnings against off-label use that come in drug literature are intended to protect the manufacturer. That means that there is very little data to support any of the claims of benefits from the use of bisphosphonates for any reason other than to treat horses older than four with symptoms of navicular disease — all that exists now is anecdotal evidence. That in and of itself should be taken with a grain of salt, because of the risk of liability: some veterinarians are reporting no adverse affects, while others claim to have seen a massive uptick in catastrophic injuries since the administration of bisphosphonates. Many deny administrating them altogether, but it’s generally believed that their off-label use is widespread, especially in young horses.

Equine orthopedic surgeon Dr. Larry Bramlage of Rood & Riddle warned in 2018 that the use of bisphosphonates could delay healing — he observed many injuries that should have been healed months later just “patched up” with woven bone. Dr. Bramlage reported more recently, however, that he was seeing fewer surgical patients experiencing slow healing since his 2018 presentation.

Reportedly, bisphosphonates can be used to hide evidence of sesamoiditis in weanlings and yearlings in radiographs — which nearly all young horses undergo at sales so that potential buyers can assess any potential problems on the horizon. Sesamoiditis affects not only the sesamoid bones but the attached ligaments. As with other off-label use, there’s no way of knowing how many young horses might be treated with bisphosphonates in order to affect how the lower leg may appear on radiograph, or if the drug is intended to help correct other orthopedic problems.

The lack of hard data makes any discussion of bisphosphonates truly frustrating, but that fact on its own should give one pause — if we don’t know enough about how bisphosphonates work, especially in young horses, then why do we continue to use them in horses who will be in intense training and exertion while racing?

While there is no research-banked link at this time to bisphosphonate use and increased breakdowns, anecdotal evidence certainly raises red flags — enough that the racing industry is responding.

The three largest sales companies in North America — Keeneland Association, Fasig-Tipton and Ocala Breeders’ Sales Company — announced jointly on March 25 that bisphosphonates were banned for off-label use in horses, enabling buyers to request testing of horses under the age of four. If a sale horse tests positive, a buyer has the right to rescind the sale. These sales conditions go into effect on July 1, 2019.

Testing can currently determine if a horse was administered bisphosphonates within the past 28 days, but horses could be receiving the drug months before the sale; research is underway to develop a more long-term test.

The entire Mid-Atlantic region, including regulators, horsemen’s organizations, breeders’ organizations, racetrack operators and veterinarians, came together at the annual Mid-Atlantic Regulatory and Stakeholders on March 21, 2019 and announced immediate prohibition on the use of bisphosphonates on horses under the age of four, until more definitive research on the effects of the drug use on young horses was available. The use of bisphosphonates on horses older than four has been limited only to horses who have been diagnosed with navicular syndrome by a veterinarian.

These bans are supported by Dechra, the pharmaceutical company that produces Osphos. The company has directed more resources recently towards client education to encourage veterinarians to follow the drug’s intended use and directions.

[Bisphosphonates and Navicular Disease in Horses]

[What We Know (And Don’t Know) About Bisphosphonates]

[Bisphosphonates: What We Know About Off-Label Use, And What One Drug Company Is Doing About It]

[Bramlage: ‘Price to Pay’ For Bisphosphonate Use Is Delayed Healing]