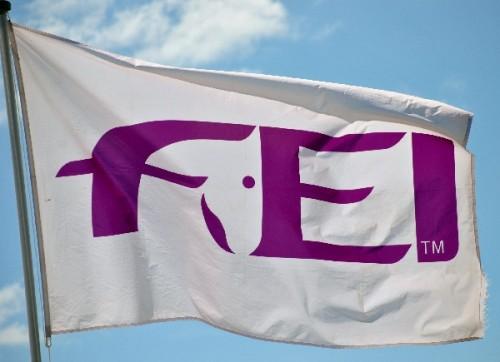 A total of 20 countries from Europe, North America, South America and Asia have submitted expressions of interest to host the 2022 FEI World Championships. Final allocations will be made during the FEI General Assembly in November.

A total of 20 countries from Europe, North America, South America and Asia have submitted expressions of interest to host the 2022 FEI World Championships, the FEI confirmed today.

Despite having two previous bidding rounds for the 2022 FEI World Equestrian Games, no realistic bids were received. As a result, the FEI Board voted unanimously last November to open a bidding process for individual world championships in all disciplines for 2022, with preference being given to multi-discipline bids. Bids to host the full seven-discipline WEG are also still being considered.

Representatives from more than 30 different venues around the world attended a workshop for potential host cities in Lausanne, Switzerland today. Participants at this inaugural interactive workshop were briefed on the benefits of hosting the championships, including the economic impact on the host city and country; operational requirements; commercial opportunities; broadcast media rights and event promotion; support from the FEI’s team of experts across key functional areas; and the bidding process.

“It is extremely encouraging to have received so many expressions of interest to host the FEI world championships 2022 and to have had the opportunity to welcome potential bidders to Lausanne for today’s workshop,” FEI President Ingmar De Vos said. “We hope that this new collaborative approach, in line with the IOC’s New Norm and based on transparency, cost-effectiveness and sustainability, will result in solid formal bids, but the proof of the pudding is in the eating.

“Our sport has grown so much that an all-discipline FEI World Equestrian Games has become too big for many venues to host. By opening up the bidding process for 2022 to single and multi-discipline bids, and not excluding a full Games, we believe that we have created a more enticing formula and the high level of expressions of interest suggests that we are on the right track.”

The interested countries now have until June 7 to submit formal bids to host the 2022 FEI World Championships. A shortlist of candidates will be formed by the end of June, with a draft host agreement provided to each of the shortlisted candidates. Host agreements signed by both the candidate and relevant National Federation are due mid-September, and countries may be asked to present their bids to the FEI Evaluation Commission over the following month.

Final evaluation of all shortlisted bids will be completed by the end of October, with allocation taking place at the FEI Board meeting in Moscow, Russia during the FEI General Assembly on Nov. 16-19.