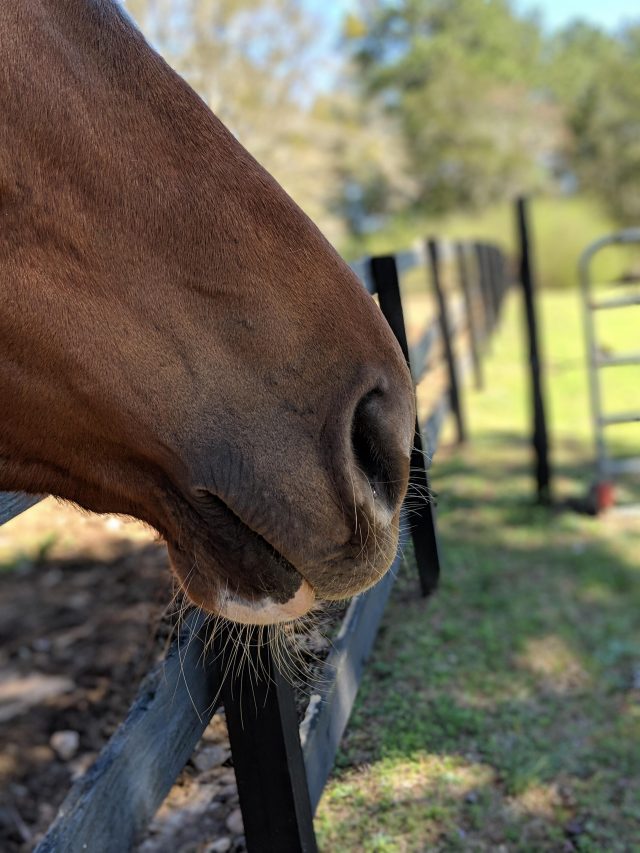 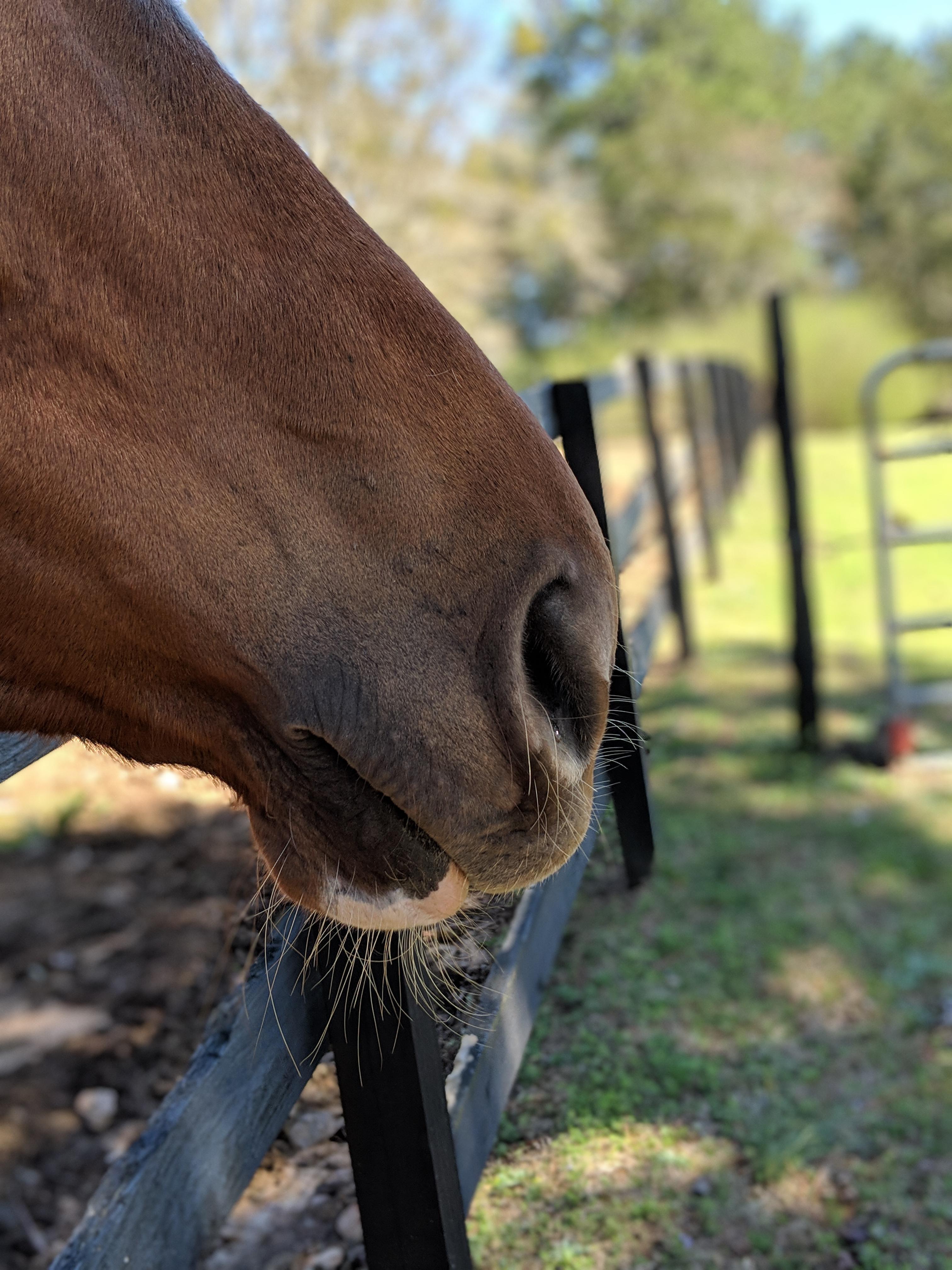 A few weeks ago, I came off and tried to land on my feet, breaking my fibula in the process. One surgery, several weeks, one set of screws and a plate later, I’ve got a very long road ahead of me: twelve weeks minimum, to be vaguely precise. And I won’t lie. I. Am. Butthurt.

Bruises, sprains, fractures and injuries are all part of the tribute we riders lay at the altar of equestrian sport, and I’ve been a faithful tither so far. God knows there are those reading who have been through much worse, but so far I’ll flatly admit: when it comes to being stuck in one place, somewhat literally but mostly figuratively, I’m being a big old baby about it. It’s hard enough as it is to be a human. Everyone has their own unique hang-ups, but the one thing riders have in common is a way to deal with it. Enter horses.

After my surgery, I spent two weeks in a cast and only saw my horse twice. A post-op appointment revealed that I was doing okay (even after wiping out in my own house, true to form, on my way to the kitchen to get a snack, also true to form) and could switch to a boot. I was also cleared to drive myself around, much to the chagrin of basically every single person I know.

So naturally the very next day, I went out to visit my horse under the guise of dropping off my board check. Was it a safe thing to do? No. Was it a smart thing to do? Also no. Was it a necessary thing to do? For me, yes. My soul was wailing to smell like horse again.

I’d dragged my dear husband out to the barn to groom my worker bee thoroughbred for me almost immediately post-op, but it had been over two weeks at this point since he’d been worked. I could see the whites of my halfway-to-feral horse’s eyes all the way from the barn, but I correctly gambled on his inherent nosiness to keep him close by. After much swearing, sweating, and shuffling on my medical scooter (including down a precarious hill that probably should have killed me), I made it to the fenceline.

He was somewhat tempted to approach when I offered the carrots to his pasture mates, but only enough to stare longingly, if not a little bug-eyed, from slightly nearer by. After losing interest (AKA the carrots ran out), the three others in his field moved on, but my horse stuck around for a bit, still keeping his distance with his eyes and nostrils wide.

For once it was a beautiful day, and the only thing I have going for me these days is time on my hands, so I sat on my scooter and watched him watch me. After a few minutes, he worked up the courage to come up and visit. Once his nose was over the fence, his eye softened and he heaved a big sigh, signifying he was still unsure, but understood enough to stay and be with me.

I rubbed his forehead. Fussed with his forelock. Gently wiped the loose mud and hair from around his eyes. And suddenly, just like that, I was aware of the pressure that had built just behind my forehead, of all the stress and sorrow I had let build up for so many years, that had only bubbled to the surface when I was left without any means to stay busy and distract myself from it. The tears came soon after, and completely caught me off guard. But my horse stayed for that, too, well after the carrot I had saved for him was gone.

As his pasture mates left him behind to wander over the hill and out of sight, he glanced back momentarily, but he remained with me with his head hung over the fenceline. It was his act of generosity, some leftover gene from his ancestors that told him to look out for his pasture mates maybe, that allowed me to be vulnerable and acknowledge the loss, frustration and fear of what will be a long recovery – and all the other baggage that I’d have to lug around alone until then.

He stood with me for a long time, and after a while, I was okay. The pressure behind my forehead was gone, the tears were dry. Instinct must have told him I was okay to be on my own again, and as if on my cue, my horse peacefully wandered back to his paddock mates. All he had to offer me was being close to me (and that’s a lot to ask a prey animal from a scary looking scooter-monster), but he had given it freely.

As easy as it is to ascribe human intent to equine behavior, horses are not our therapists. To place such an expectation on them sets them up to disappoint our own emotional agenda, and that’s not fair to them. But they are purely honest in their intentions, generous in their service, and very, very therapeutic, and for that I am thankful.

Beth Clymer is a wannabe eventer and writer based near Atlanta, GA. She rides a big goofy chestnut whose Jockey Club name is the bane of all horseshow announcers’ existence (it’s Ima Iny Too, if you’re wondering). Beth has a soft spot for barn cats and is also a member of the Ride Heels Down friends/family group.