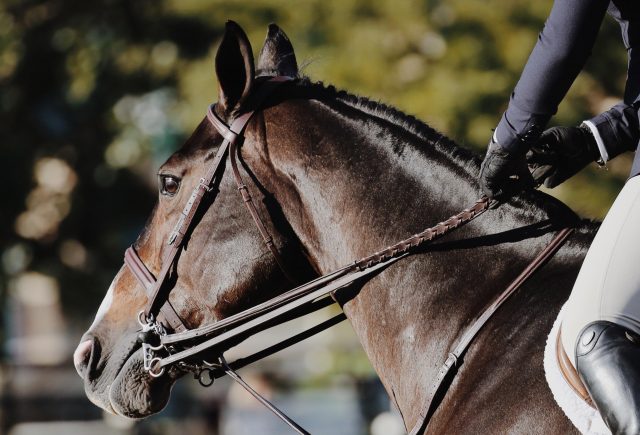 In this excerpt from Many Brave Fools, the new memoir about addiction, codependency, and horses by Susan Conley, we are reminded how hard it can be to find and understand feel and contact, especially when your first riding lesson happens at the age of forty-two. 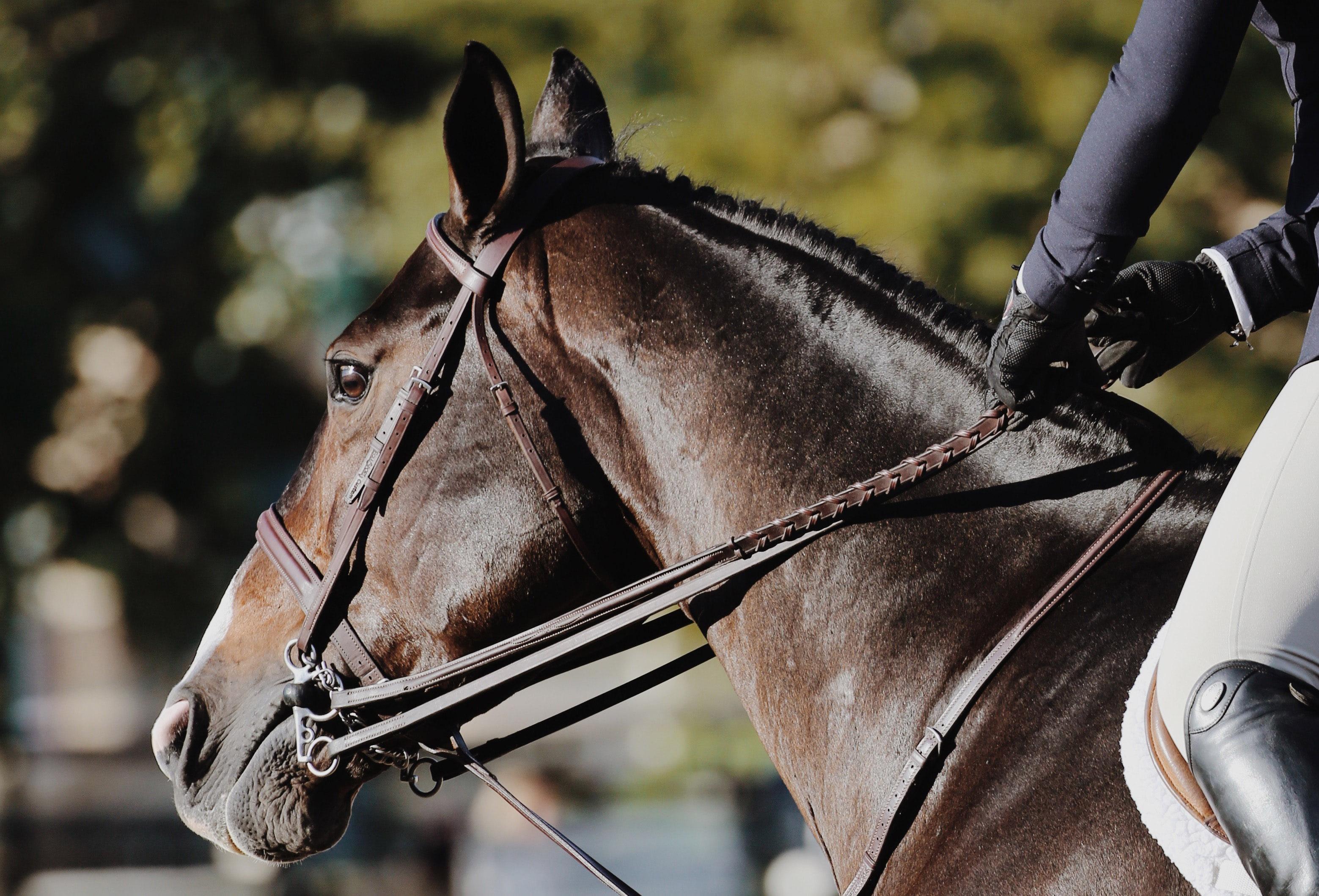 When you ride, you hold the reins in a very specific way. You slip the leather between the pinky and ring fingers of both hands, and with the reins running across the tops your palms (where they meet the base of your fingers), you hold them still by pressing your thumbs against the outsides of your index fingers. You hold on, to the correct degree. You have to keep your fingers closed, but not clenched. You feel a pressure on the ends of the reins where they meet the bit, which is in the horse’s mouth. You feel weight. This is called contact, and it is one of the ways you communicate with the horse during the course of a ride. When you have “bad” contact, you spoil the horse’s mouth. The result?

1) A horse that is resistant to the directions of the rider.
2) A horse that leans on the rider’s hands because he can only respond to serious pressure.
3) A horse that is, as they say, “heavy on the forehand”—that is, he carries his weight in the shoulders rather than in the hindquarters.

In other words: Maverick.

All the things that drove me crazy about him were only exacerbated by my learning curve, which began at zero. I could understand, intellectually, all the things I’d read about keeping up a good contact, about how it was supposed to feel like I was holding bags of sugar in my hands (or a similar amount of weight). When I went to the market to try to get the feel of this in my body, I got it. I saw how it made sense… in the baking aisle in the grocery store. It had an element of allowance to it as well—that is, if I allowed one hand to feel heavier than the other, then that hand was going to drop. When I raised that hand back up, only as far as necessary to be back in balance, it felt good, and both hands—mentally, as well as physically—felt like they were the same weight.

Standing still, at my leisure in a supermarket, this was easy enough to correct. When it translated to the horse that seemed to want nothing more than to pull my arms out of their sockets, I lost all sense of the feeling. I was very conscious of how hard and heavy my hands were becoming on a horse, that my seat wasn’t very stable, and that anything that I was learning, bad as well as good, was being burned into my hippocampus. When the day came and I stopped riding Maverick, I would have hands like vises and legs like lead. I needed to learn ways to correct my bad habits.

I found myself intrigued by a movement known as “natural horsemanship.” Known as “horse whispering” to the general public, the practice involved employing a gentle approach to training horses, one focused on their psychological well-being as opposed to the force used in “breaking” them. It respected the natural instincts of the horse and sought to take fear and pain out of the learning process in order that the horse bonded more closely and authentically with his human partner.

It was a competitive field, and as far as I could tell through my reading, like any other walk of life, people mostly liked criticizing the theories and practices of others. The primary issue that all the books and websites on the subject agreed on, and which I already knew, was that it was up to the rider to set the proper tone of clear communication and authority when it came to her horse. I watched countless YouTube videos made by a variety of well-known, well-regarded, horse-whispery types who seemed to demonstrate that all you had to do was walk up to a horse, and he would drop his head and follow you around like a puppy. I considered numerous ladies, jumping picnic tables bareback, their horses kitted out with nothing but a bit of rope over their noses, and the riders without boots or helmets. That was not my ambition, by any means, and I didn’t really learn anything from such displays, but there was a freedom there—and that was what I wanted. I didn’t want to fight the whole time. I wanted to communicate cleanly and clearly and not cause harm to the horse or myself.

I found a barn that seemed to subscribe to such notions, and I booked a lesson. I didn’t know what to expect; I certainly did not expect to be flinging myself around over picnic tables. I chatted with the instructor, Sheila, and the guy who was tacking up a horse named Jack, my mount for the hour. Sheila explained that we’d be taking the lesson slowly as it was unlikely, given my relative newness to horseback riding, that I would have ever ridden without a bit….

I led Jack into the indoor arena—an enormous, pristine, mirrors-at-all-the-strategic-points arena, with the now-familiar letters in their proper places on the walls—and did everything I usually do: got a block, grabbed rein and mane, got myself up there. Then I sat and listened as Sheila explained, in her own words, all the things I’d been reading about natural horsemanship since well before I’d ever even got up on a horse.

I thought, This could be cool.

As Sheila turned to walk away after my stirrups had been adjusted and the girth checked for appropriate tightness, Jack followed her, and I realized then that my seat and legs may just as well not have been there. We stopped, eventually, most likely due to his choice rather than my direction. I was reminded of my very first lesson, the one on Mercury, when I sat frozen and hyperventilating. This wasn’t as fraught, but it sure as hell was as nervous-making.

I rode some of the worst circles of my life. At the trot, the sound of my ass hitting the leather reverberated around the arena as if it were mic’ed. I realized that I hadn’t asserted myself with Jack from the get-go. It was confirmed that my hands needed a lot of work. It was glaringly apparent that my left side was weak. It was also demonstrated that I could learn, and improve, and that when working toward being a better rider, I could absorb new concepts. Once I got used to it, I got better at it: I made turns that were predominantly directed from my seat; we had a brilliant trot on the right rein, and some really smooth and well-transitioned cantering.

I rode Maverick the next day, and my hands went back to s—, but you know what? I rode some of the best circles I’d ever ridden. 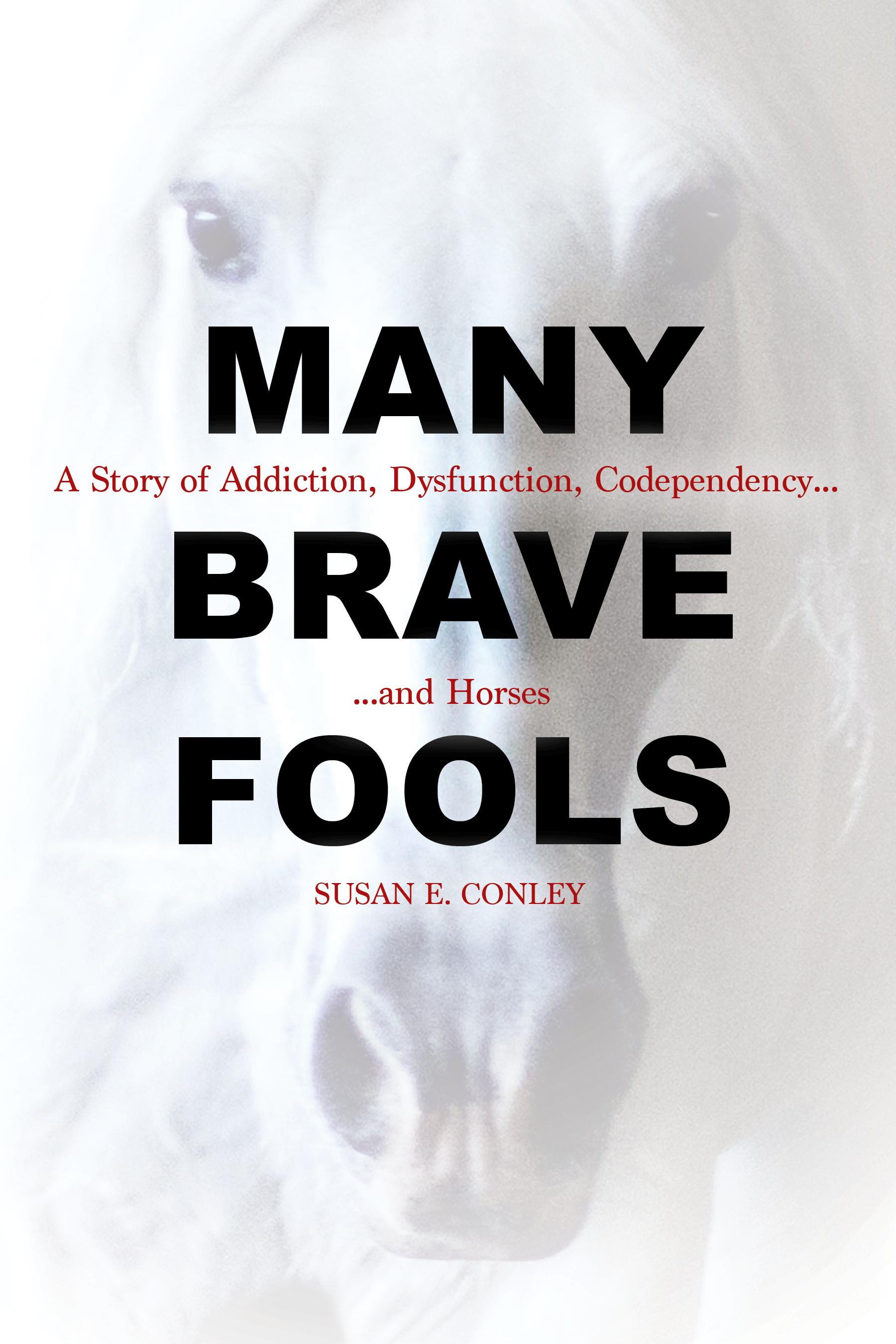 This excerpt from Many Brave Fools by Susan Conley was reprinted with permission from Trafalgar Square Books (www.horseandriderbooks.com).