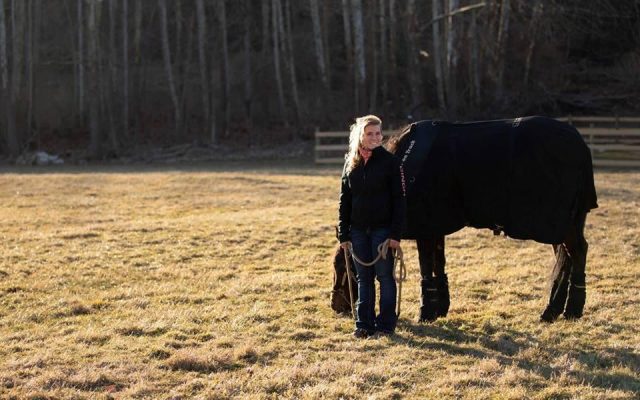 “Every day during feeding time, I feel like I am engaged in a game of chess.” American Lioness is testing Marcella Gruchalak’s creativity and knowledge in feeding, but Marcella has a few tricks up her sleeve.

For 673 accepted trainers, the journey to the Retired Racehorse Project‘s 2019 Thoroughbred Makeover has begun! Over the next nine months, three of those trainers will blog their journeys, including their triumphs and their heartbreaks, successes and failures, for Horse Nation readers. Marcella Gruchalak is back today, discussing her feeding strategy with her horse American Lioness. 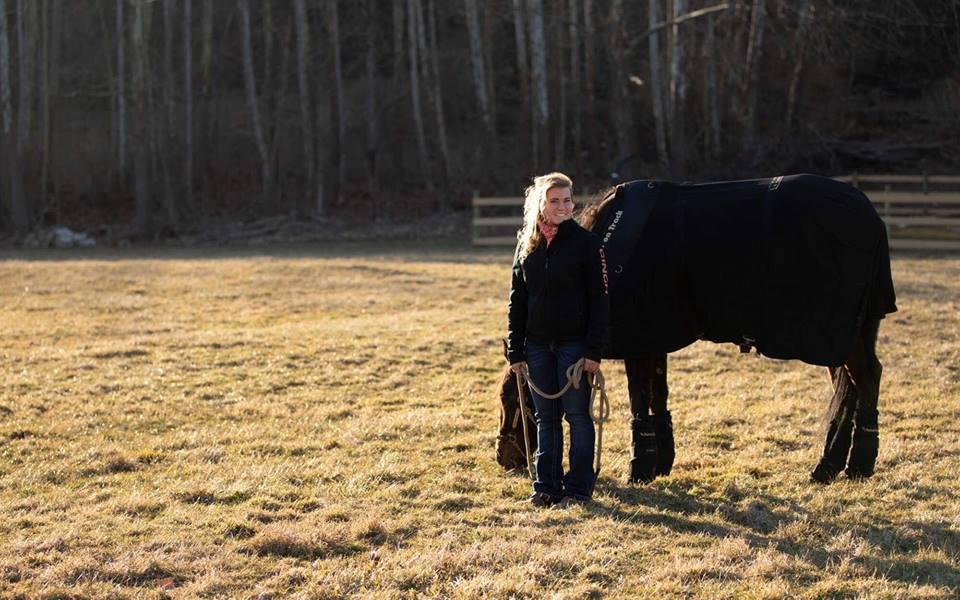 For centuries the chess board has been a place for kings, queens, military personnel, and civilians to match wits and test their strategies. No matter who was playing, that person realized that on the chess board she was maneuvering her pieces through a battle. Chess is known to be an intellectual and strategic fight between two parties. Its complexity is fascinating. It takes time and strategy to learn the game. In chess you have to plan multiple moves ahead and realize how each move plays a crucial role in meeting your goal.

Every day during feeding time, I feel like I am engaged in a game of chess. Since the day I brought American Lioness (Nessi) home, she’s been difficult to please at feeding time. Before I begin a strenuous training program with a horse, I like to make sure that it is fit, both mentally and physically. Nessi has been out of work since she stopped racing in September of 2018. As a result, when I brought her home in January, she was not ready for hard, strenuous workouts in a second career. She needed to be brought back into work slowly in order to gain weight and muscle mass and be mentally prepared to receive a new education. The potential for significant gains, mentally and physically, will mold the game, making the stakes high.

As with chess, every small move affects the larger goal. In chess, the goal is to get to the queen to ultimately get the king; in the game I am playing with Nessi (who may be a queen in her own right), the goal is to find the magic recipe that entices her to eat. There are so many different moves that go into getting her to eat.

The first move I made in our chess game was treating Nessi for ulcers. Being a registered nurse, it’s instilled into my brain to utilize the least invasive avenue for diagnosis, which is why I chose to palpate first before jumping into an endoscopy. As I expected, as soon as I palpated near the sternum in the girth area, she swished her tail and attempted to bite me. She was treated with Omeprazole for 28 days. While completing this medication course, I also started American Lioness on Purina Outlast, a supplement that decreases the acidity in the stomach, and added aloe juice to her feed.

That first move seemed to be a wise one and was already a huge game changer. Within two weeks, Nessi showed more interest in food and less of a response when palpated. After the very first move I realized that just like chess, this was going to take planning. I realized I needed to adapt to the constantly-changing situation, so I started thinking of my next move: types of feed.

This portion of my game brought a few false starts. I attempted to feed Nessi Tribute Kalm Ultra, a pelleted feed for the harder keeper that’s made up of twelve percent protein, twelve percent fat, and twelve percent fiber. I offered it to her nice and plain, without anything added to it. She WOULD NOT eat it! She would turn her nose to it EVERY. SINGLE. TIME.

What on God’s green earth am I supposed to do now? For my next move, I contacted Nessi’s previous owners to find something similar to what she was eating. American Lioness had been eating a homemade, textured, sweet feed. After speaking with them along with some other equine professionals, I bought Purina Omolene 200, molasses, and coconut oil. To my surprise, adding the above ingredients to the Tribute Kalm Ultra enticed her to eat…about fifty percent of the time. YES, great move! Crap, what’s my next move?

Fifty percent of the time she was still failing to eat any grain, so my next move was adding alfalfa. I started with soaked alfalfa cubes, but she turned up her nose. I have found that Nessi will not eat anything mushy. Disappointed, I tried to give them to her dry… and she ate them, but only a handful. Then, after about a week, she stopped eating them all together. So I then tried chopped alfalfa bales and she ate that for a while, but then started turning her nose to that.

The game she has me playing is stressful. I never know how to plan my next move. However, I do know an important component to every horse’s diet is giving good quality hay, so I made sure that piece remained on the board throughout the game. This piece remains one of the most crucial in the game. No matter how many times she turns down the grain, she always has access to and eats good quality hay.

As the game goes on, I continue to make minor moves, add this to the morning feeding, add that to the evening feeding, feed her outside rather than in a stall, etc. Those who play chess know that the game can be chaos. Pieces are moving in all directions and you can lose sight of the visual outcome. This is exactly how I feel.

Through the multiple moves and changing of the game, we have made a huge difference from where we started. Just last week Nessi’s daily intake was eight to ten pounds of Tribute Kalm Ultra, a cup of Purina Outlast, two cups of vegetable oil, a cup of DAC oil, two scoops of the DuMor weight gain supplement, a scoop of Biotin powder, aloe vera juice, and endless quality hay. Right now her intake is ten to twelve pounds of Tribute Kalm and EZ, four pounds of Omolene 200, soaked alfalfa cubes (which she never touches) and endless quality hay. Her feeding regimen is extensive and changes often, but she is now eating eighty percent of the time and we are finally starting to see some weight gain. 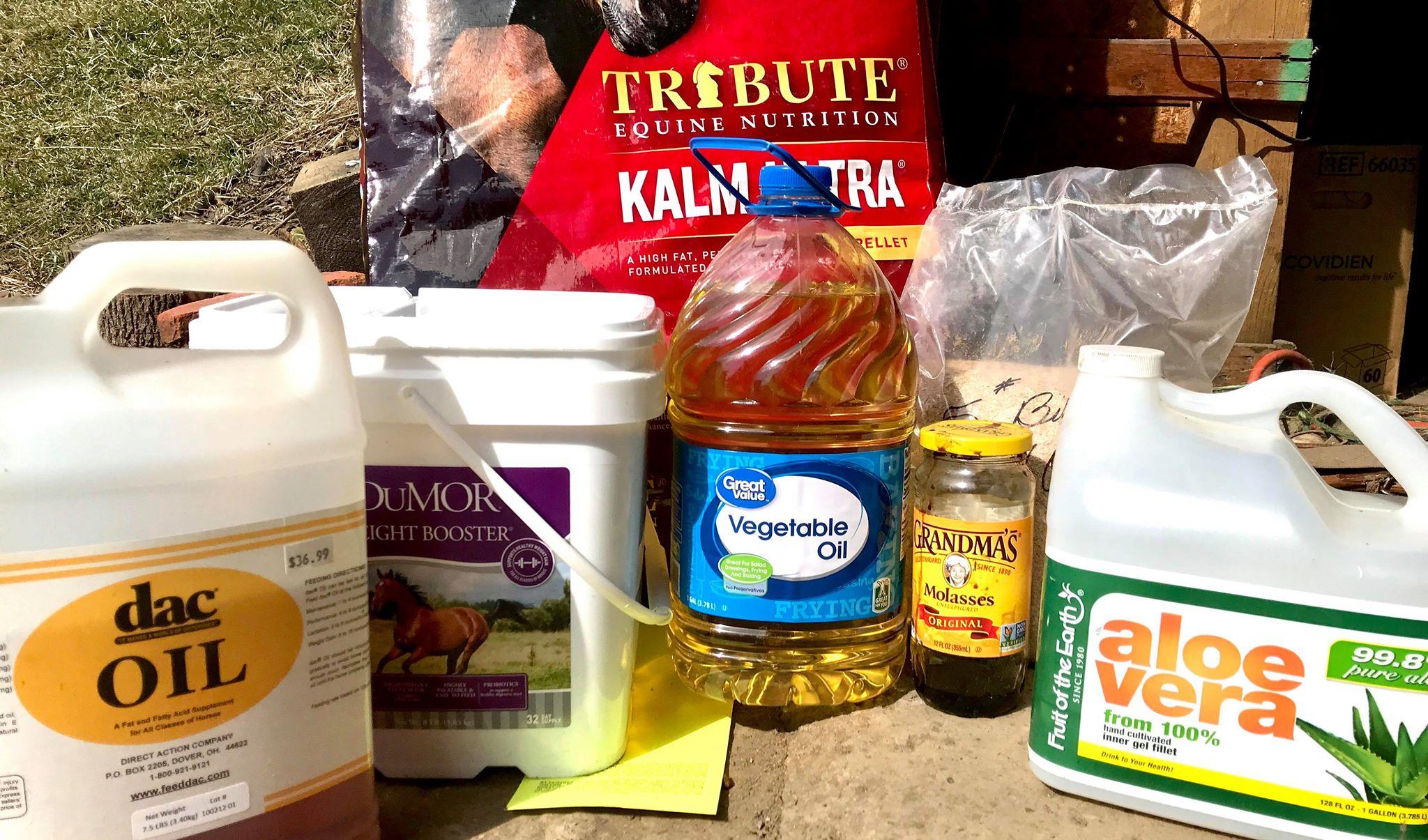 After getting her on a regimen she likes and educating myself on what is best for weight gain and a picky horse, I realized that American Lioness and I are not only playing the game of chess, but we’re actually the pieces in it.

Thinking more about that game and the individual pieces, I noticed that American Lioness has multiple traits of the king rather that the queen (although she continues to act like the queen). She is the most important piece to the game, but also the weakest. She depends on the player’s skill and the movement of all the other pieces to stay on the board. This is the same with her feed regimen. She counts on me and all the pieces I am moving around her in order to place her in the best possible position.

Queen happens to be the most fitting title for me, even though Nessi likes to challenge me for the title daily. The queen is the most powerful piece on the board. The queen stands by the king and defends him as I do with American Lioness. I use my knowledge and resources in feeding and weight gain to protect Nessi, to make sure she does not land in a checkmate position. I advocate for what is best for her and I keep her welfare my utmost concern.

In the end, the best way to win the game is patience. Although making progress is slow, IT IS PROGRESS! There are no magical moves to allow her to gain the weight all at once. I have made many moves and there are many more to be made after this point. It is going to remain complex, take strategy, and test my ability to defend American Lioness. However, throughout the lengthy game, I will continue to make educated decisions and we will be able to checkmate the weight issue. 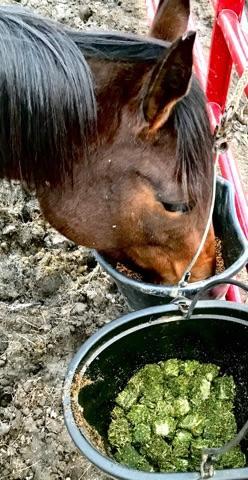 Chowing down… at last. Photo by Marcella Gruchalek