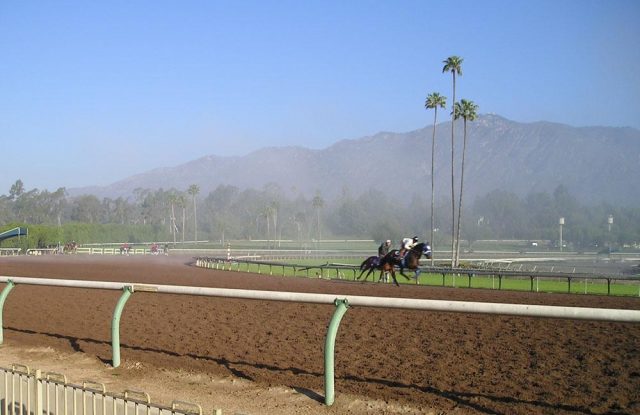 Since the Santa Anita meet opened on December 26, 21 horses have died while training or racing on the main and turf tracks. After another fatality on March 5, the track announced it would be closed indefinitely for evaluation. 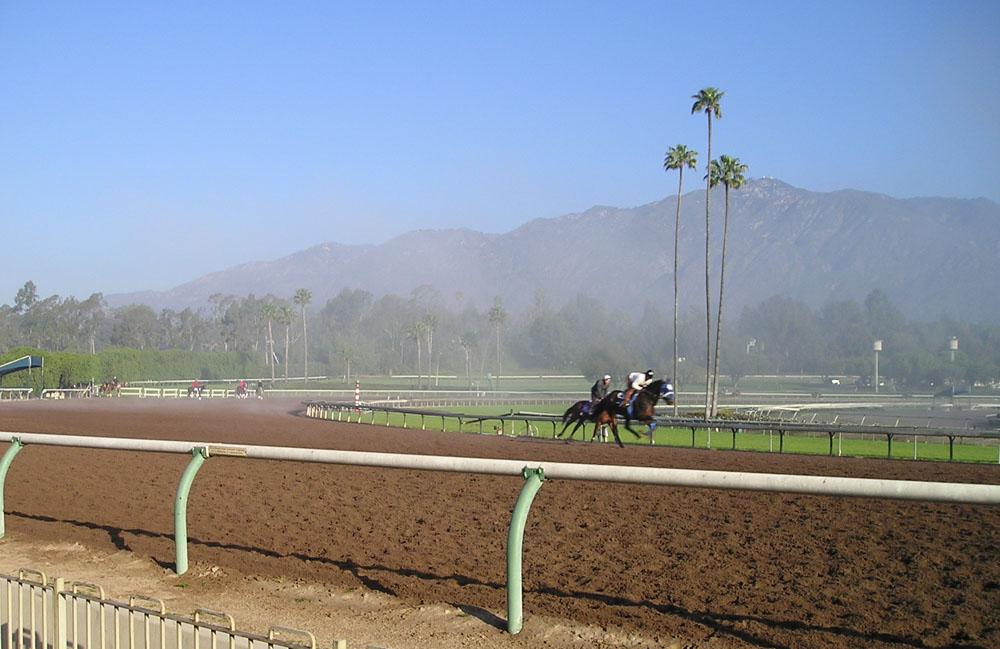 In the midst of one of the rainiest, coldest winters in the Los Angeles area in recent memory, a pall has hung over Santa Anita Park. Since the race meet opened on December 26, 21 horses have died while training or racing on the main and turf tracks. One death was classified as “sudden death,” meaning it was not related to musculoskeletal injury; eight deaths resulted from injuries sustained during training on the main track. Racing fatalities have included seven on the main track and five on the turf course. No injuries have been associated with the training track, which runs inside of the turf track. To clarify, equine fatalities other than “sudden death” refer to euthanasia as a result of injury.

Training was paused on the main track on February 26 and 27 so that the surface could be analyzed by a racetrack surface specialist, Mick Peterson. Peterson did not observe anything initially amiss with the track itself, but mentioned an assumption that segregation was occurring in the material on the main track, in which finer material moves to the inside rail as it washes down with rain — which Santa Anita has seen an unusual amount of this winter.

That’s what some of the trainers and horsemen are blaming track conditions on this year — with temperatures cooler than usual, combined with rain totals well above the average, many are speculating that the changes are happening well under the track’s racing surface, especially considering that both the main and turf tracks have seen fatalities.

Santa Anita has stabling capacity for over 2,500 horses, and its California location makes it a popular winter base for many of the industry’s great trainers. Discussions are ongoing with other regional tracks to give horsemen the option of moving their base; Los Alamitos has offered over 300 stalls. Golden Gate Fields does not have enough stabling capacity to take too many more from Santa Anita, and Del Mar is not currently open for racing or training. At this stage, horsemen aren’t even concerned about continuing training — the driving factor right now is simply getting these high-tuned, extremely fit racehorses out for appropriate exercise. Santa Anita hopes to have the training track opened by Thursday for jogging and galloping.

Races on this weekend’s card that will be rescheduled include the Santa Anita Handicap (G1); San Felipe Stakes (G2), a Derby prep race that was expected to see the Baffret trainees of Improbable and Game Winner; and Frank E. Kilroe Mile (G1, on the turf).

Consultants and experts will analyze the Santa Anita track and try to determine if the track is to blame for this tragic spike in equine fatalities, or if other factors may be at play.

The Humane Society of the United States issued a statement regarding the Santa Anita shutdown:

The Humane Society of the United States is deeply concerned about the deaths of 21 racehorses since December 26 at the Santa Anita racetrack. We support and applaud the decision by The Stronach Group  to indefinitely shut down racing as they investigate the causes of these deaths and to hire external experts to review the racing surfaces and all other aspects that may impact the health and safety of racehorses. We’ve long recognized that some in the industry are trying to address the welfare of racehorses by making changes to reduce the number of racehorses going to slaughter, and working with us to secure reintroduction and passage of the federal Horseracing Integrity Act to address doping problems, ban race-day medication, and substantially increase out-of-competition testing. We hope that Congress recognizes this act of leadership by Santa Anita as a desire for change, change that requires an act of Congress to make.