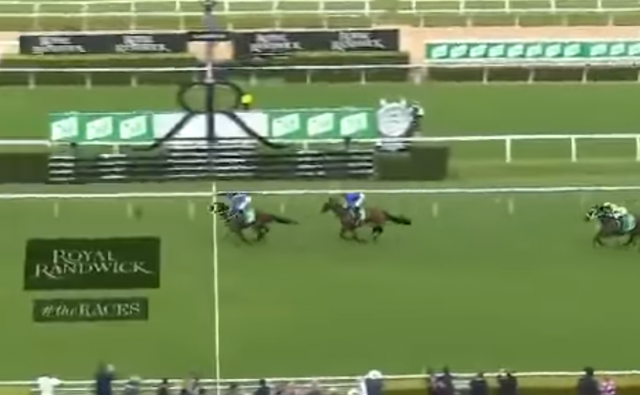 If there’s a horse that can beat Winx, we certainly haven’t found him yet.

For a few moments, it looked like maybe her reign would be over.

Happy Clapper, who had never led a race in his life, was sent to the lead in Saturday’s Chipping Norton Stakes at Randwick — more out of necessity than by choice in a relatively small field without early speed. Under Blake Shinn, Happy Clapper made the most of that lead, pulling away from the field and putting a comfortable margin between himself and the rest, including the superstar mare Winx.

But as the field turned down the side of the course and pointed towards home, Hugh Bowman simply asked, and Winx simply responded with her trademark rocket acceleration. Briefly, it looked again like perhaps Happy Clapper would hold on, make it a duel… but like all of her other foes before him, he faded away.

Winx now has 23 Group 1 wins to her name. While no official retirement date has been set, it’s been believed that Winx will contest the George Ryder, followed by the Queen Elizabeth in April and then likely retire.

Until we know for sure, we’ll just keep on cheering for this incredible mare.