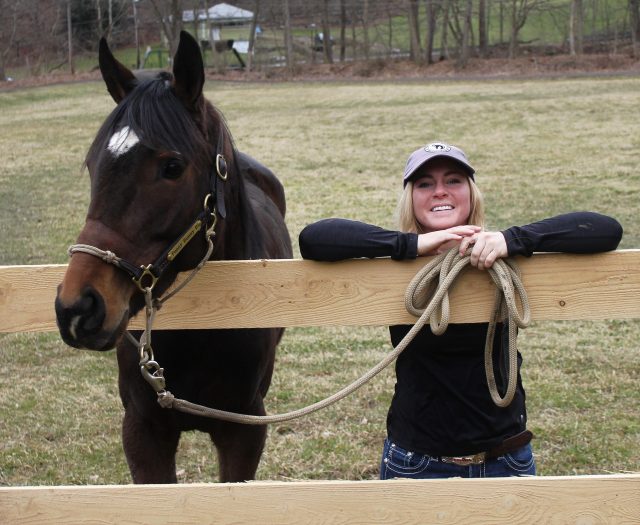 “Prior to attending the Makeover, I had a strong bias against off-the-track thoroughbreds. My opinion was that they were hot headed, broken, hard keepers… the list went on. However, by the time I had watched the Makeover finals, I was hooked.”

For 673 accepted trainers, the journey to the Retired Racehorse Project‘s 2019 Thoroughbred Makeover has begun! Over the next nine months, three of those trainers will blog their journeys, including their triumphs and their heartbreaks, successes and failures, for Horse Nation readers. Today, meet blogger Marcella Gruchalek. 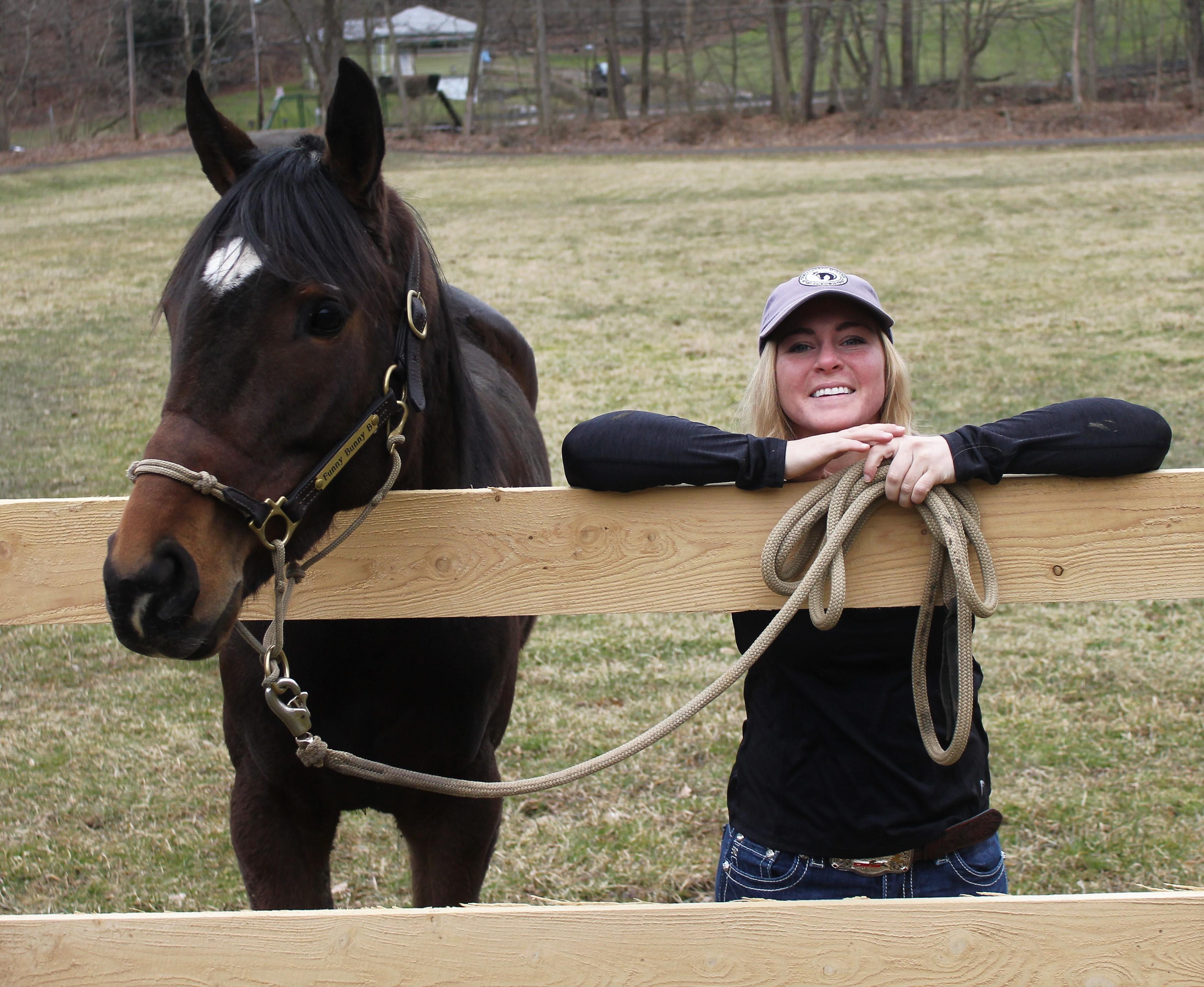 Somewhere between I can’t, I won’t, I don’t need another horse and I don’t have the money… I did, and it happened six days prior to the submission deadline for the Retired Racehorse Project Thoroughbred Makeover. I told myself so many times that I absolutely was not doing the Thoroughbred Makeover this year, but then I was scrolling through Facebook and came across an “in search of” ad. In the comments I saw the horse that changed my mind.

Advertised was a six year old, 15.1 hand high, off-the-track thoroughbred mare named American Lioness. I immediately hijacked the post and set a date to make the drive and meet her.

American Lioness was within a reasonable distance and was priced in a range I could swing. When I met her, she met my long checklist of qualifications: I usually look for a mare with no health or physical restrictions and the darker the color, the better. The biggest piece of criteria I look for is that the horse is small in stature. American Lioness’s greatest feature, other than her sweet personality, was her height of 15.1 hands, which is a huge positive when you’re 4’11” like me. I couldn’t help myself and had no choice but to put her on the trailer and bring her home.

My significant other was “thrilled.” Another horse in the pasture to catch and feed. Then I took it one step further and dropped the bomb that I was applying for the Retired Racehorse Project’s Thoroughbred Makeover. At that moment I thought I was going to be going through 2019 single. He stated “you’re going to be in worse shape than the thoroughbred.” He was most likely right. In the next several months I’ll most likely develop ulcers, get colicky, and uncontrollably cry on multiple occasions. With that being said, the end result makes all the difficult times worth it.

After letting the news and shock set in for about an hour (and to be honest, my significant other continues to remain shocked), I began to scramble to get my application together. Six days until the application deadline and I hadn’t even read the 61 page updated rulebook! In six days I bought an eligible Makeover horse, read the rulebook, renewed my Retired Racehorse Project membership, made a compilation of video clips to submit, and submitted an application.

The last step I needed to take to complete the process was to send a letter from my veterinarian stating that I’m competent to care for a transitioning off-the-track thoroughbred. No big deal… sometimes I can’t even get ahold of my veterinarian for an emergency; getting her to write a letter should be a walk in the park! To my surprise, it was an uncomplicated process.

All bases for my application were covered and all I had to do was wait until the organization revealed which trainers were accepted. Delighted, I was accepted to compete at the 2019 Retired Racehorse Project Thoroughbred Makeover.

I attended my first Thoroughbred Makeover in 2015 when I watched one of my close friends compete and make finals on her horse Diabolic. Prior to attending the Makeover, I had a strong bias against off-the-track thoroughbreds. My opinion was that they were hot headed, broken, hard keepers… the list went on. However, by the time I had watched the Makeover finals, my opinion did a 180 turn and I was hooked.

The Retired Racehorse Project dedicates all of its time to promoting the off-the-track thoroughbred and enlightening others on how versatile the breed really is. It gives junior, amateur, and professional trainers an opportunity to show off and sell their thoroughbreds who have been transitioned to a second career. I admire the organization and how well it fulfills its mission – it certainly did as it set out to do as far as I was concerned!

I went on to compete at the 2016 and 2017 Makeovers. I have yet to be disappointed in the breed. Both of my previous Makeover horses grasped new concepts quickly and did not disappoint me come Makeover time. In 2016, Because Simon Says and I placed top ten in Competitive Trail and the top amateur in Freestyle. In 2017, Funny Bunny B followed in Because Simon Says’ shoes, and also placed top ten in Competitive Trail.

I’m thrilled with my acceptance for the 2019 Thoroughbred Makeover. American Lioness shows nothing but a positive attitude towards anything that I introduce to her. With that being said, we have a long, difficult road ahead of us.

Unlike some fellow competitors, American Lioness is not ready for hard, strenuous workouts. After bringing her home, she refused to eat, leading to a positive diagnosis of ulcers. American Lioness also showed signs of groin and hind end discomfort after the first two rides. In addition to those issues, she needs to build a different type of muscle mass to be successful in her second career.

I understand our road ahead is going to take dedication. It’s going to be gritty and frustrating at times — likely most of the time — but I know I’m not alone in this process and that we’ll reach a desirable result by October. I’m looking forward to watching American Lioness succeed in her second career, and hopefully follow in my previous off the track thoroughbreds’ footsteps to place well at the Makeover.

As we continue our training, I invite you to follow our journey here, at Horse Nation, where we will keep you updated on the good and the bad that we face as we make our way to Lexington, Kentucky for the Retired Racehorse Project’s 2019 Thoroughbred Makeover.