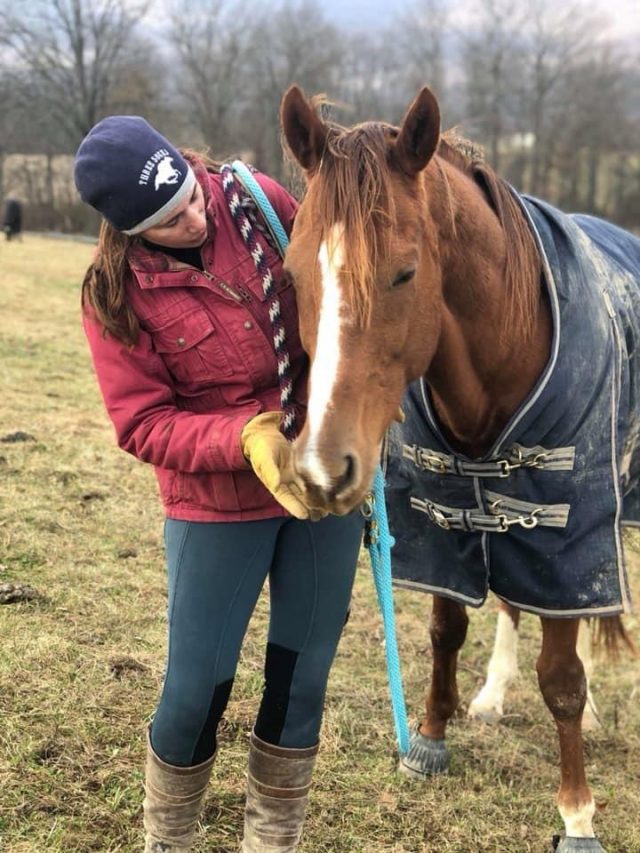 An essay by Ashley Francese.

A good equestrian always puts the horse first. The horses get fed before the owner eats breakfast. The horses get their hooves trimmed or shod every four to ten weeks, when the owner hasn’t had a pedicure in four to ten years, and the last pedicure involved people openly gawking at the callouses on said owner’s feet, and phrases were thrown around like, “you work outside?” and “manly woman, yes?” Oh, that’s just me? Well, I digress. But in all things, the horse should come first.

The horse also always gets the best of everything. The owner is wearing clothes that she has had since age 12, breeches that are dry rotted, ratcatchers that are at least 20 years out of date, boots with duct tape on them, and a piece of bailing twine as a belt. The horse looks like a model out of a catalog, in a saddle that is worth more than my sofa, and the best saddle pad on the market. If the horse needs boots, he gets boots. If the horse doesn’t like his bit, he gets another, or 20…

In most cases, expect to put my horses and their needs first, but last year, when a handsome red-headed Thoroughbred came into my life as my partner for the 2018 Retired Racehorse Project Thoroughbred Makeover, I learned that even I have limits.
Three Socks, or George as I call him, retired from racing at the age of eight, and had not always been in the best shape physically.

When his last race trainer, Kristen Protsman, acquired him, he had matted hair, heinous rain rot, was extremely thin, and seemed defeated and depressed. Kristen had an over-the-phone animal psychic do a reading. The psychic said that George “wants to be fancy,” and “he wants to shine like a copper penny.” When I acquired George through Thoroughbred rehomer Amy Lynn Paulus, Kristen shared this story with me, and we both scoffed. He was anything but fancy. 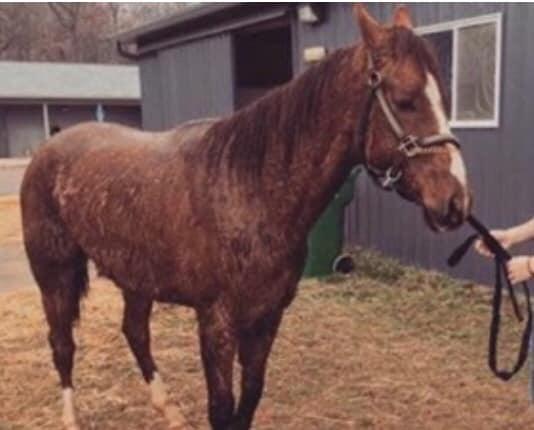 Fast forward several months to the summer of 2018, as we prepared for the Thoroughbred Makeover. George had put on weight and muscle, and all of a sudden I had a more confident, happy horse on my hands. And that’s when it happened. George’s hair took over my life. 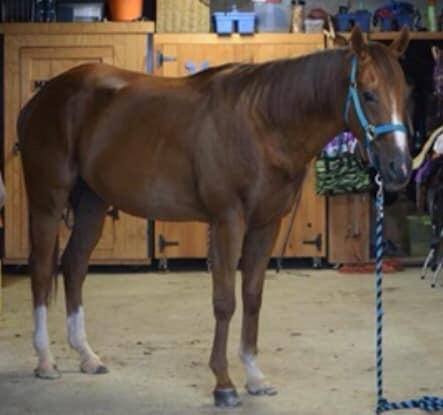 George now has the most long luxurious forelock I have ever seen on a Thoroughbred. It’s as if he’s perpetually channeling his inner Fabio. His hair belongs on the cover of romance novels. His forelock could rival a Friesian’s. I feel compelled to spend hours tending to that forelock. I braid it when we’re schooling, so it won’t flop in his face. I use coconut cream on it every other day, so it doesn’t dry out. I brush it once per week to prevent it from matting. But I can’t brush it too often, because then it would thin out. And what a disaster that would be! Because George really does want to be fancy. It turns out that that long-distance horse medium was 100 percent right. This equine Sebastian Bach loves the fact that his forelock blows in the breeze. He loves the fact that people walk up to him and stroke it. He loves that his hair has fans. 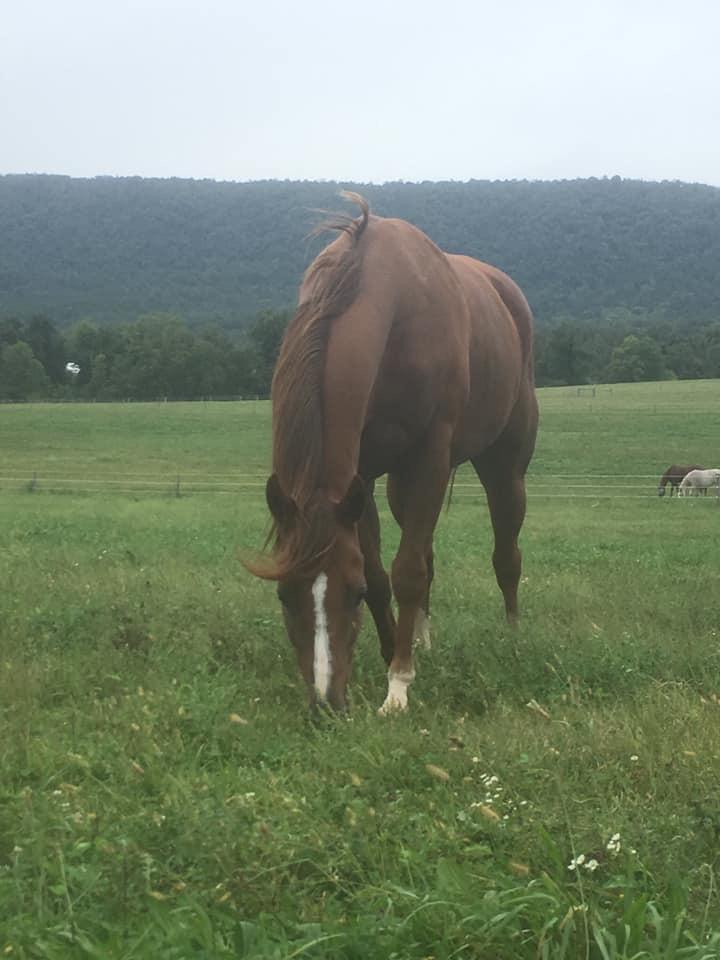 I know that I shouldn’t hate that he has perfect hair. And I know that I shouldn’t begrudge him his forelock, but I do. My mother and sister are both hairdressers. They both have lovely hair, and it is literally their job to make sure that other people have good hair days. My own hair is a different story. If there is more than 10 percent humidity it becomes a horrific cross between curly and straight reminiscent of a slightly damp poodle. On a humid day, my hair expands to the extent that I look like Magenta from the Rocky Horror Picture Show. When the Princess Diaries came out, people started telling me that I looked like Anne Hathaway, and I didn’t need to ask. I knew they meant BEFORE the makeover. 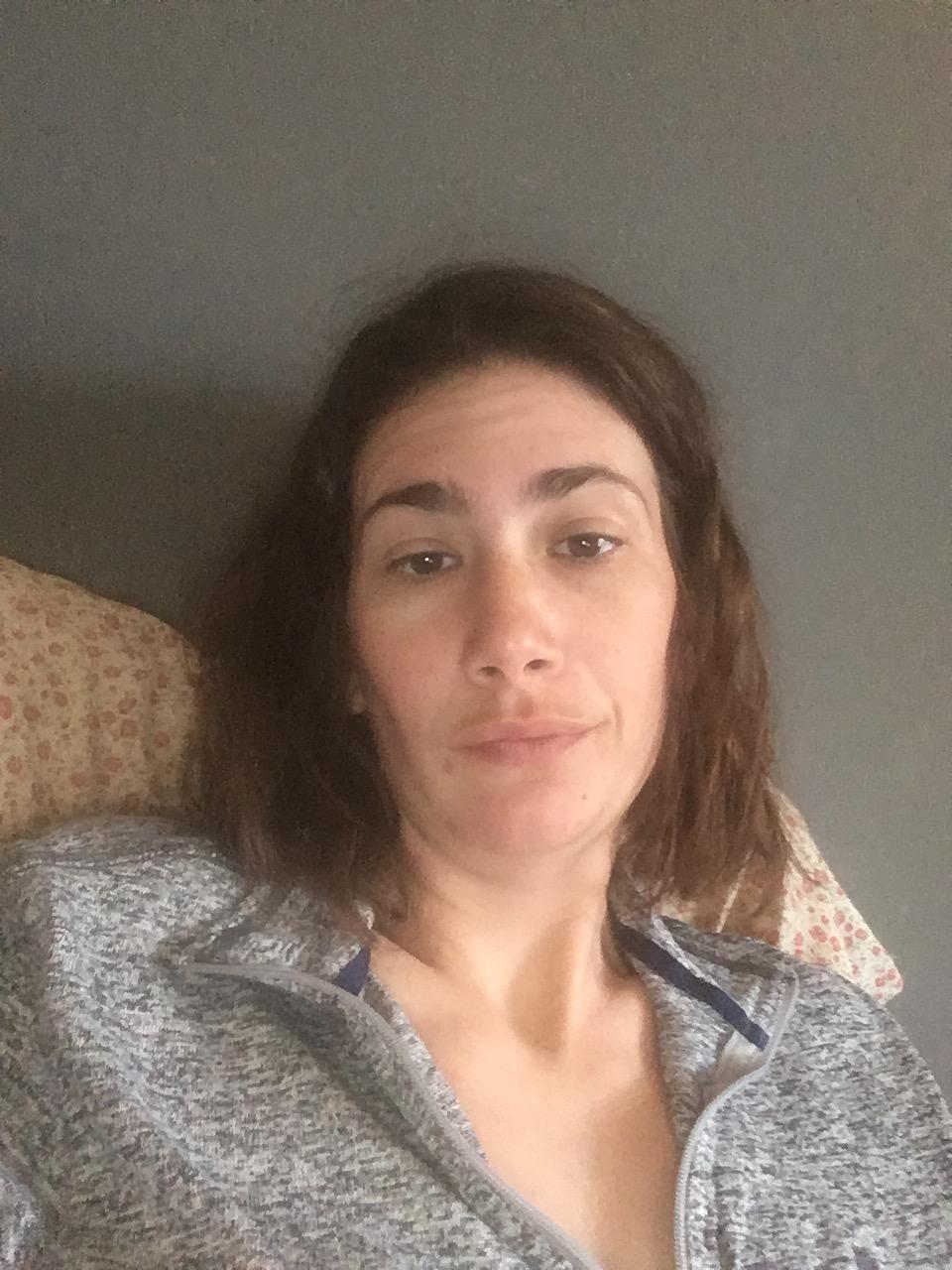 My whole life, my mother and sister have given me tinctures and ointments to help me tame my wild mane. Nearly every product in my bathroom has the words “frizz ease” on it. At this point, I have long since given up hope, I just stick my hair in a ponytail or under a hat and hope to forget about it.

And that is why it stings so much that I spend so much more time on my horse’s hair than I do on my own. That’s not to say that there aren’t small side benefits of his hair care regimen. The coconut oil makes him smell like a warm summer day, my husband always sings “Flock of Seagulls” when he’s grooming or riding him, and I find the fact that George has the Justin Bieber hair flip down pat to be particularly adorable.

But why should George get to perpetually smell like sunshine, while I smell like a swamp monster after a day at the barn? Why should George get to look like the lead singer for an 80s metal band? Why should George perpetually look like he just stepped out of a magazine? The answer, of course, is that I love that silly chestnut horse. I love every bit of him from the tip of his nose that burns in the summer to the white socks on his hind legs that get scratches in the spring, and I will do whatever I can to make sure that he is happy and healthy.

So here’s to all the equestrians who put their horses first. The ones who do so everyday with a smile on their faces. But I raise a special toast to those of you, who, like me, have found the limits of their benevolence, and still push past them for the love of their horse. 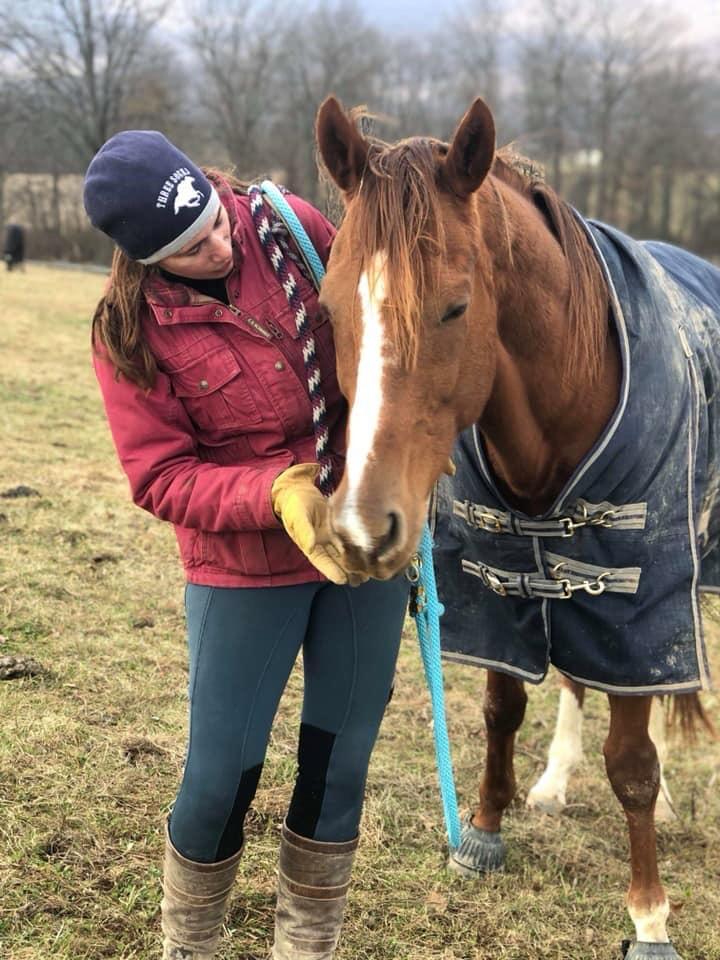