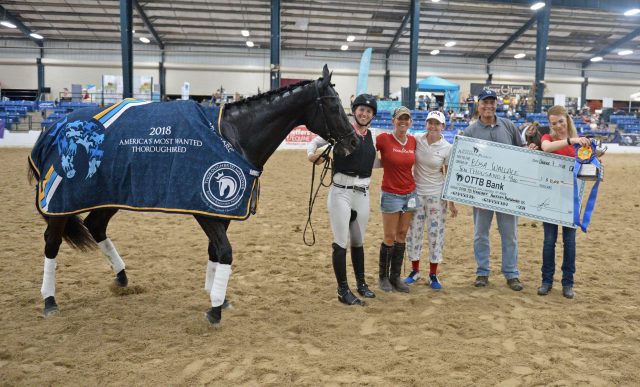 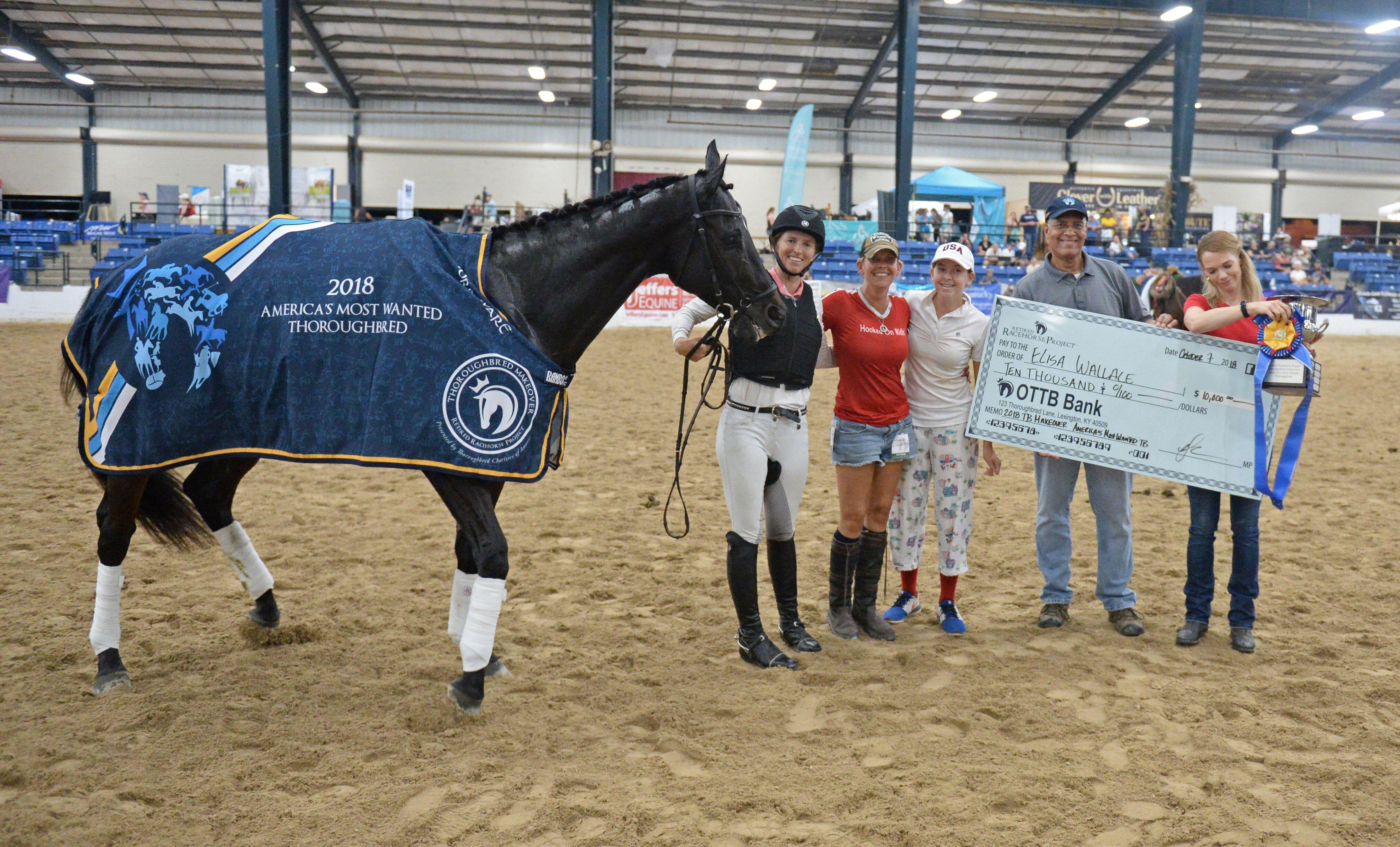 The Retired Racehorse Project announced trainer acceptances earlier today for the 2019 Thoroughbred Makeover and Symposium, presented by Thoroughbred Charities of America. Becoming an increasingly-popular event for off-track Thoroughbred lovers and often a gateway goal for first-time OTTB owners, the Makeover is in its fifth year in its current format and location. A total of 673 trainers and teams were accepted to compete October 2-5, 2019 at the Kentucky Horse Park.

Trainers come from 44 states and four Canadian provinces, representing professionals, amateurs, juniors and a new team entry format. For initial application, trainers selected a primary discipline in which they had the most experience, though they’re not locked into entering this discipline for October. Eventing and show hunter are the most popular disciplines heading into the 2019 training period; a total of ten disciplines are represented at the Makeover including barrel racing, competitive trail, dressage, eventing, freestyle, field hunter, polo, show hunter, show jumper, and ranch work.

Trainers are competing for over $100,000 in prize money and a chance at being voted America’s Most Wanted Thoroughbred: the winners of each division are eligible for popular vote by text message from spectators watching in person and via live stream. For many trainers, however, the Makeover is less about the competition and more about the experience of taking a Thoroughbred from track to second career successfully.

The entire Makeover rulebook underwent some changes for 2019, with an increased emphasis on equine welfare: all horses competing in the Makeover must be microchipped, and microchips will be scanned at a new vetting-in upon trainers’ arrival at the Horse Park in October. New scoring, including overall “impression scores,” keep the Makeover’s emphasis as a training competition rather than an end-goal horse show.

Trainers don’t need to have selected their Makeover horses yet; in fact, some may not acquire their horses yet for several months. Others are well on their way in training already. Trainers will take to social media to share their progress; check out the #TBMakeover hashtag to follow along. We’re also planning to line up some bloggers across all three Nation Media sites, so keep an eye out for those as well!

Nation Media was well-represented at the 2018 Makeover, with Eventing Nation’s Kate Samuels placing fifth in eventing and sixth in show jumping with Turkomani; Horse Nation’s Kristen Kovatch Bentley placing seventh in ranch work and participating in the freestyle with Jobber Bill; and Jumper Nation’s Meagan DeLisle participating in field hunter and competitive trail with Flashback Justice.