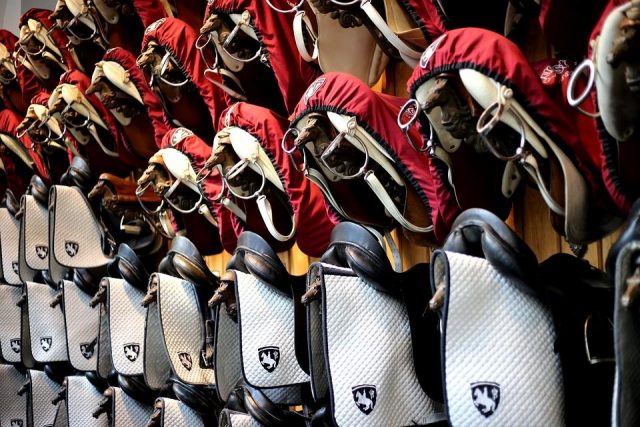 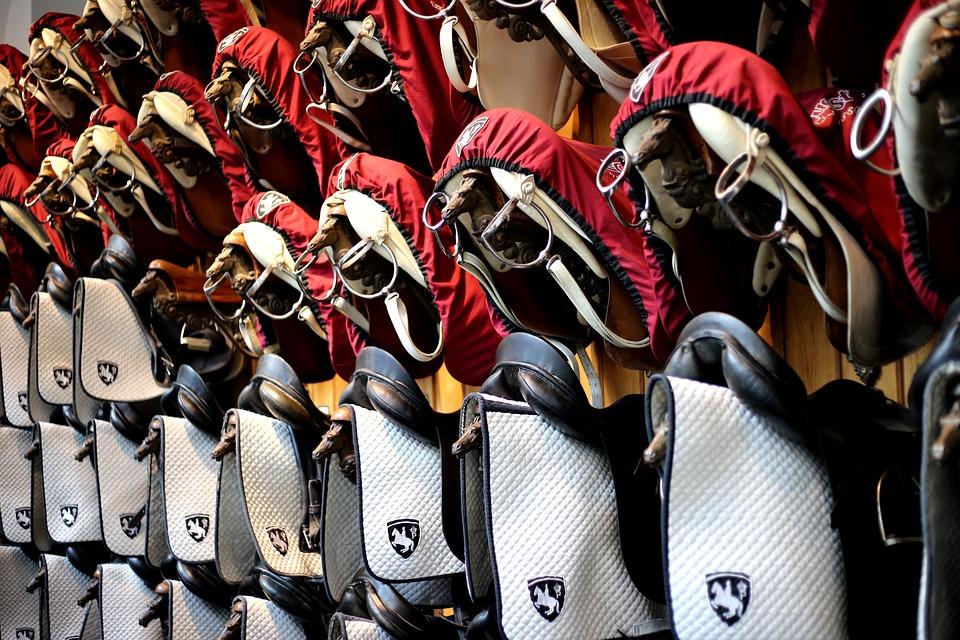 Robert Dover, Olympic bronze medalist in dressage, along with partner Robert Ross, also an equestrian, has launched ROBERT SQUARED, a new line of “luxury vegan” tack that will be unveiled in Wellington, Florida on February 12.

Non-leather tack is nothing new — companies such as Wintec have been producing synthetic tack for years, and many modern drivers are turning to biothane as a durable, easy-to-maintain, looks-mostly-like-the-real-thing alternative to leather harness. For a variety of reasons, however, synthetic tack generally hasn’t made a massive foray into the riding show rings, leaving riders seeking a leather-free lifestyle with few options to achieve the classic look of a high-end leather saddle, bridle or boots. The technology in synthetic tack simply doesn’t seem to have caught up with the desired look.

ROBERT SQUARED seeks to change that with its line of saddles, bridles, boots, gloves and belts, plus dog collars and leashes as well. A statement from the company outlined the highlights: clean with only soap and water, no oils; non-stretch materials; no drying or cracking; 100% hand-stitched; eco-friendly materials. Additionally, 10% of annual profits will be donated to Brooke Foundation, Animal Equality International, Danny and Ron’s Rescue and The Equestrian Aid Foundation.

Dover was struck with the concept while driving in his Tesla, listening to a radio report about how Tesla and Mercedes had pledged to offer only “luxury vegan” leather in their automobiles. In Dover’s mind, it was time for the equestrian world to do the same.

The ethics of leather

Leather is the tanned hide of an animal — generally, a cow. Generally, most of the hides used in the modern-day tanning process are sourced from slaughter facilities where cattle are processed for their meat. Specialty leathers may be sourced from other animals, but most are still a “by-product” of animals already processed for food. There is not such a demand for general leather products than an animal is slaughtered just for its hide.

For some vegetarians and vegans, this process present an obvious ethical dilemma for those seeking to abstain from animal products. The decision on where to draw that line is a personal choice that’s up to the individual; there’s no hard and fast rule on what being a vegetarian and vegan means to anyone other than the individual making that lifestyle decision. Having grown up with friends who struggled to justify their use of leather tack with their decision to keep a vegetarian diet, I respect that personal debate.

The process of tanning hides can have major environmental impacts: the chemicals used in commercial tanning can contaminate soil, water and air when not disposed of properly, and the process requires large amounts of water while producing pollutants.

The ethics of synthetic leather

From a purely animal-ethics point of view, so-called “vegan leather” seems like a layup: no animals are slaughtered for the production of that moto jacket, luxury car interior or new saddle.

However, while there are a few plant-based options that offer a leather-like look and feel, the majority of vegan leathers are synthetically produced from plastics. Some of the chemicals involved are considered toxic, especially if burnt, and most plastic-based synthetic leathers won’t decay. That might sound like a win — they’ll last forever! — but since synthetic leather doesn’t wear the same way as leather, it actually has a shorter lifespan of use, and then can’t naturally decompose.

Additionally, plastic-based synthetic leathers can’t be recycled — they have to be broken down completely and re-manufactured into something else, as opposed to an old leather jacket that might be repurposed, say, into a pair of gloves.

Where does ROBERT SQUARED fit in?

The company did not respond to Horse Nation’s multiple requests for comment, but has stated on social media that it’s not using plastic-based synthetic leathers. Instead, the phrase “eco-friendly” and “environmentally friendly” are used to describe the materials that will be making up the line. We’ll be watching eagerly after the debut on February 12 to learn more about what is sure to be a unique product — if it can truly be produced in an environmentally-friendly way, ROBERT SQUARED just may have a tack revolution on their hands.