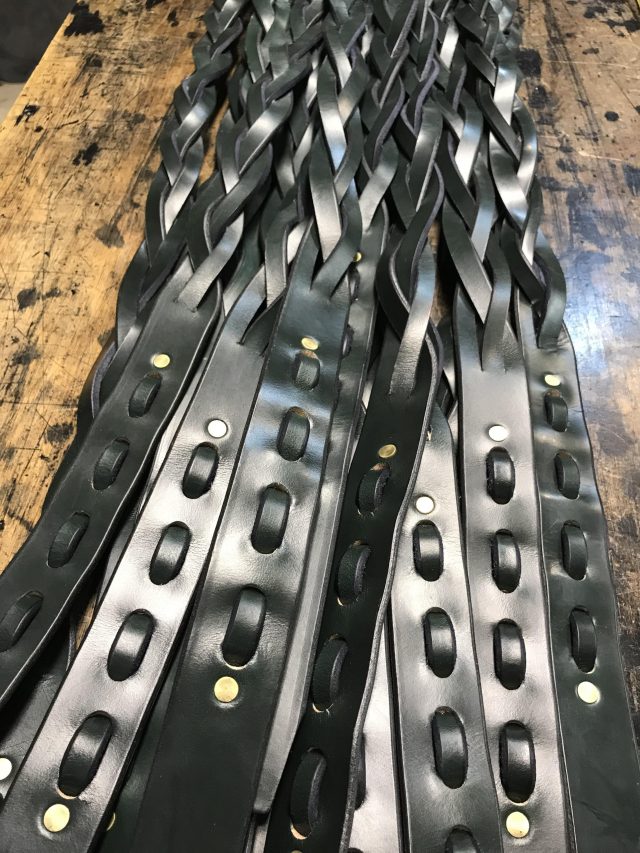 Everyone needs a good belt: learn more about Wiley Belts! 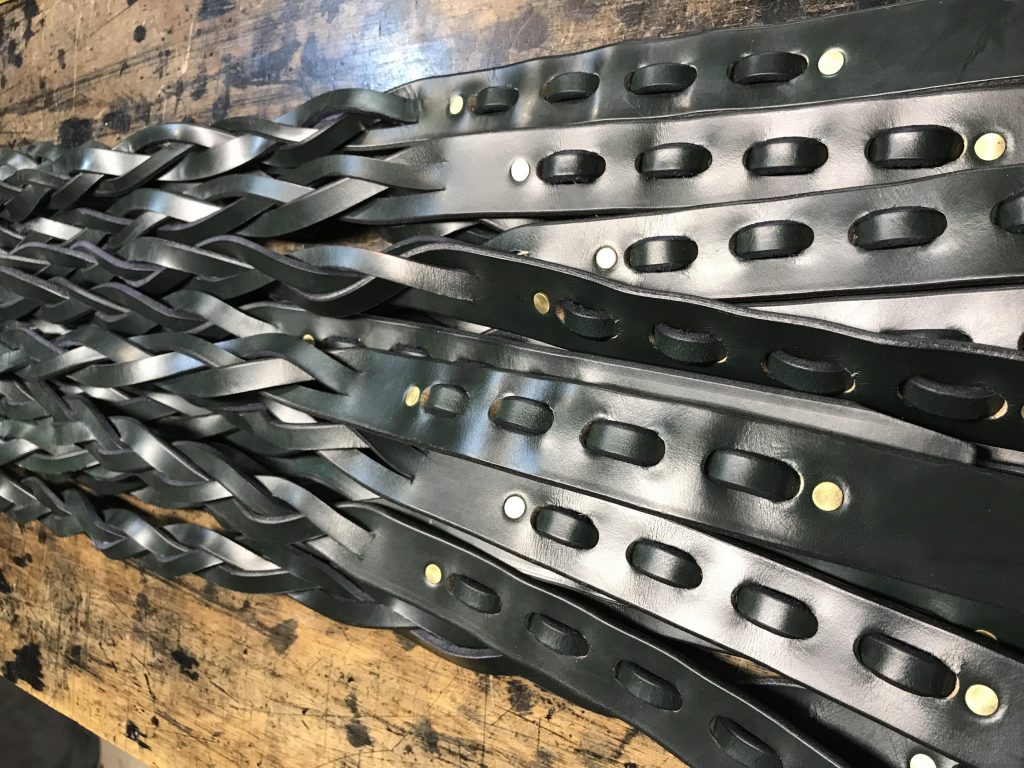 One thing all equestrians seem to have in common is a love for unique, well-made belts. When Wiley Belts, a small business that specializes in high-end, handmade artisan belts (they also offer children’s belts and key fobs) came to my attention, I naturally wanted to learn more. So, I caught up with founder Marcus Wiley to learn how the company got started, how the belts are made, and what sets their products apart.

Horse Nation: How did you get started?

Marcus Wiley: Twenty years ago, a friend of mine who made belts passed away. He mostly made the hoof pick belt. I kept receiving requests for the belt from friends and friends of friends, so I sourced the leather and started the business with my brother, Peter.

When I first started the company, I didn’t know how to cut or stitch leather. I found a group of craftsmen in Maine to make the belts instead. While they were talented, they’d actually never worked with leather – they learned to apply their skills to leather and ended up doing a fine job with the belts. But the time came to produce the belts in Virginia, so I spent two weeks in Maine to learn the craftsmen’s skills. Once back in Virginia, I immersed myself in the process and came up with more efficient, improved ways to make belts and streamline the process.

My brother and I come from an equestrian background; we grew up on a horse farm and rode from an early age. Both of our parents were involved in horses; my father, Hugh Wiley, was a show jumper who represented the USET at the 1960 Olympics alongside Bill Steinkraus, Frank Chapot, and George Morris. My mother was an avid rider who bred Connemara ponies.

We learned about leather from the beginning, and a lot of our tack growing up was made by the same tannery I use now for the belts. 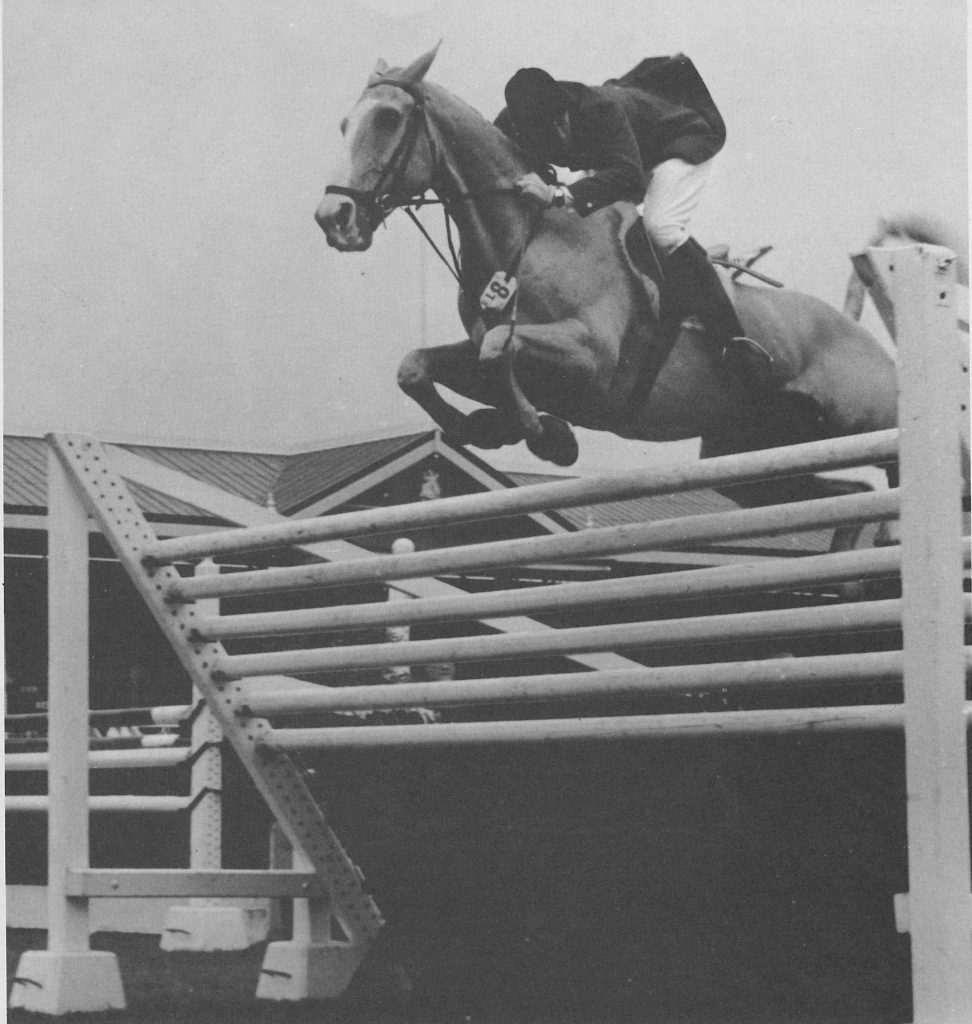 HN: How are the belts made?

MW: We start with tanned hides from England and hardware, some of which is cast locally, and build them by hand. They’re cut from the hides, beveled, dyed, burnished, sealed, and then cut to size and correct style. There are roughly 14 steps depending on the style of belt.

The brass used in buckles is designed and cast locally by a caster who’s also a jeweler by trade, making for some of the highest quality buckles on the market. 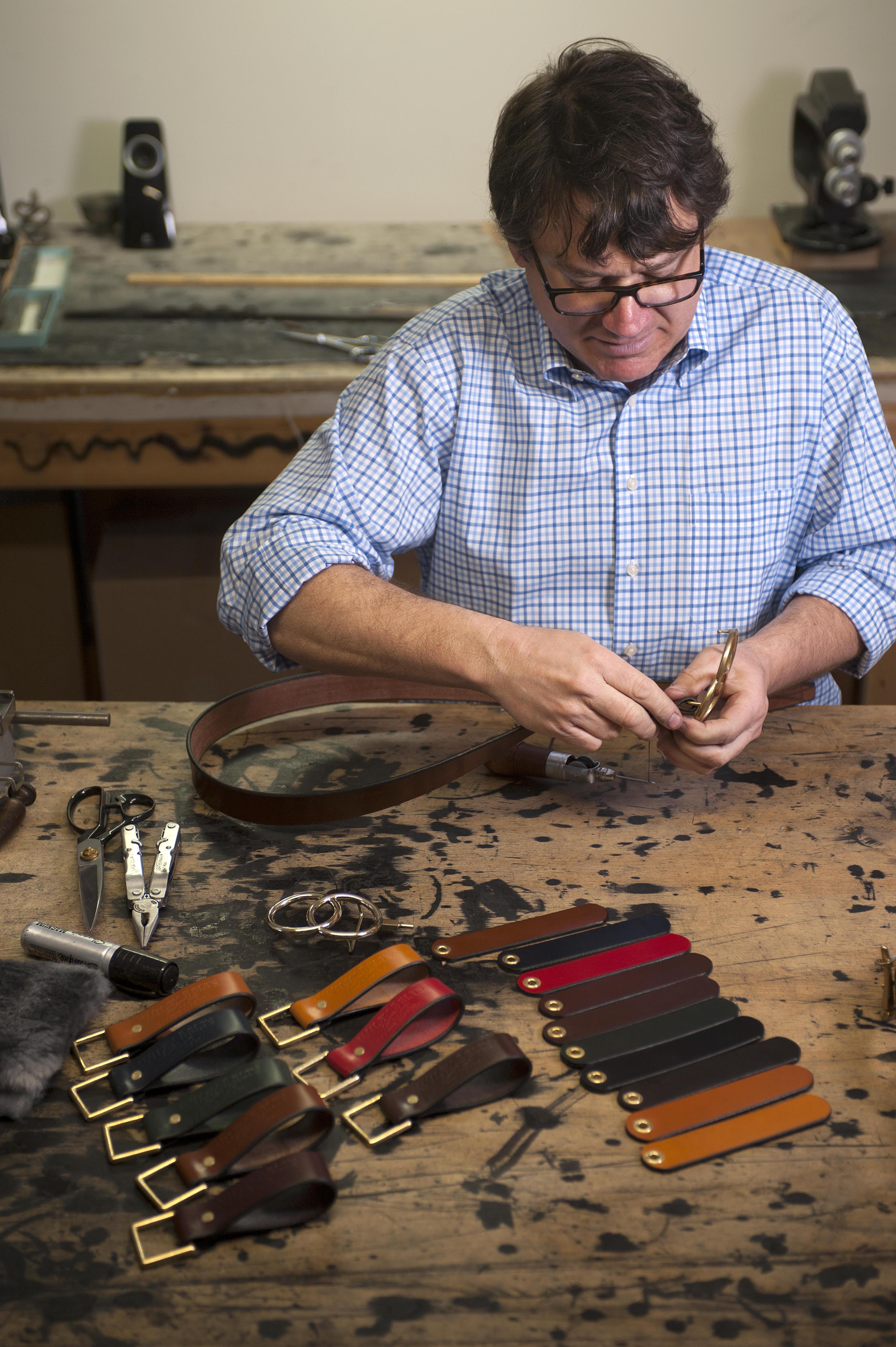 HN: Most of your belts are custom-made, correct?

MW: Everything is custom-made. When we get an order, whether online or through one of our retailers, the belts are cut from hides and worked and finished all the way through. Nothing is pre-made or machine-made.

HN: What makes your belts unique?

MW: The leather, for starters; we use vegetable-tanned leather from England. It’s the best I’ve been able to find, and it comes in 11 gorgeous colors (Black, Dark Havana, Mahogany, Light Havana, Tobacco, Blue, Bottle Green, Burgundy, Conker, Red, and Pink). The stitching is high-quality, too. Equally important is the level and quality of the finishing. Our belts are unique to the market because not only do they last, they look better with wear. I’m getting belts back from 20 years ago to be refurbished or resized. 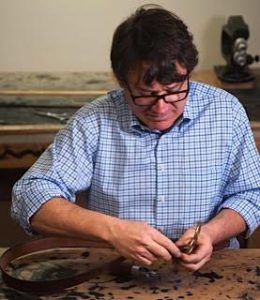 HN: It seems the website has several new designs available; are there any further designs in the works? Also, how do you come up with the names for the designs?

MW: I always have something in the works, but it’s tricky as I like any new designs to become a perfect part of the collection. The product must be a study in simplicity, elegance, and timelessness. My older designs have been selling for 20 years.

Currently, I’m working on adding new options for the interchangeable by-pass buckles. Another thing I’m experimenting with is adding new buckle materials to the lineup; we primarily work with brass, white bronze, and sterling buckles, though we’ll be experimenting with adding bronze and copper options this year.

The names… the belts, where appropriate, are named after locations or local farms.

HN: Finally, out of the various belt designs, which one is your favorite?

Marcus Wiley: It’s difficult to say, the Hoof Pick is the signature, of course, but I’m very fond of the Millington as well.

Learn more about Wiley Belts at the brand’s website!