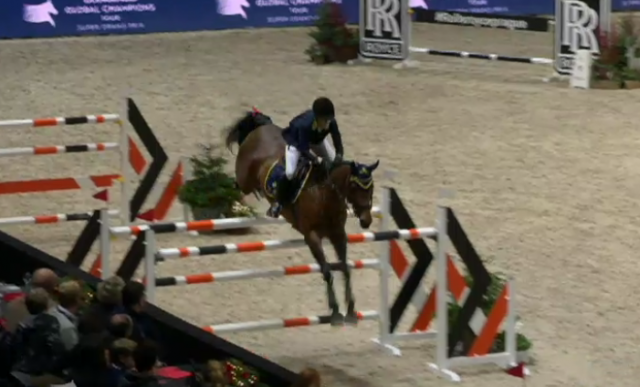 Watch the heart-attack-inducing video of the winning round!

The first-ever Longines Global Champions Tour Super Grand Prix definitely lived up to the hype this past weekend as the best of the best from the tour gathered together for one final showdown. The course was tricky and while the horses were on point, several of the season’s leaders fell victim to the testy track. In the end, it came down to two: Ludger Beerbaum and Edwina Tops-Alexander.

Ludger was quick and Edwina had to be quicker if she wanted to bring home the victory. The course was going smoothly when, all of a sudden, they had a heartbreaking rail mid-course. If she had any hope of recovering, she and her super mare, California, were going to have to pump the gas and go. And they did! They blazed through the remainder of the course and, despite their earlier rail, still came in faster than Ludger’s time. Watch their winning round below!