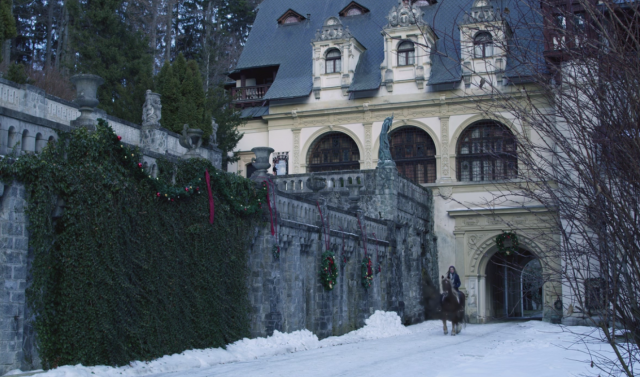 A highly formal discussion based entirely on the inner workings of Kristen’s brain on cheesy Christmas movies. Consider that your official warning. 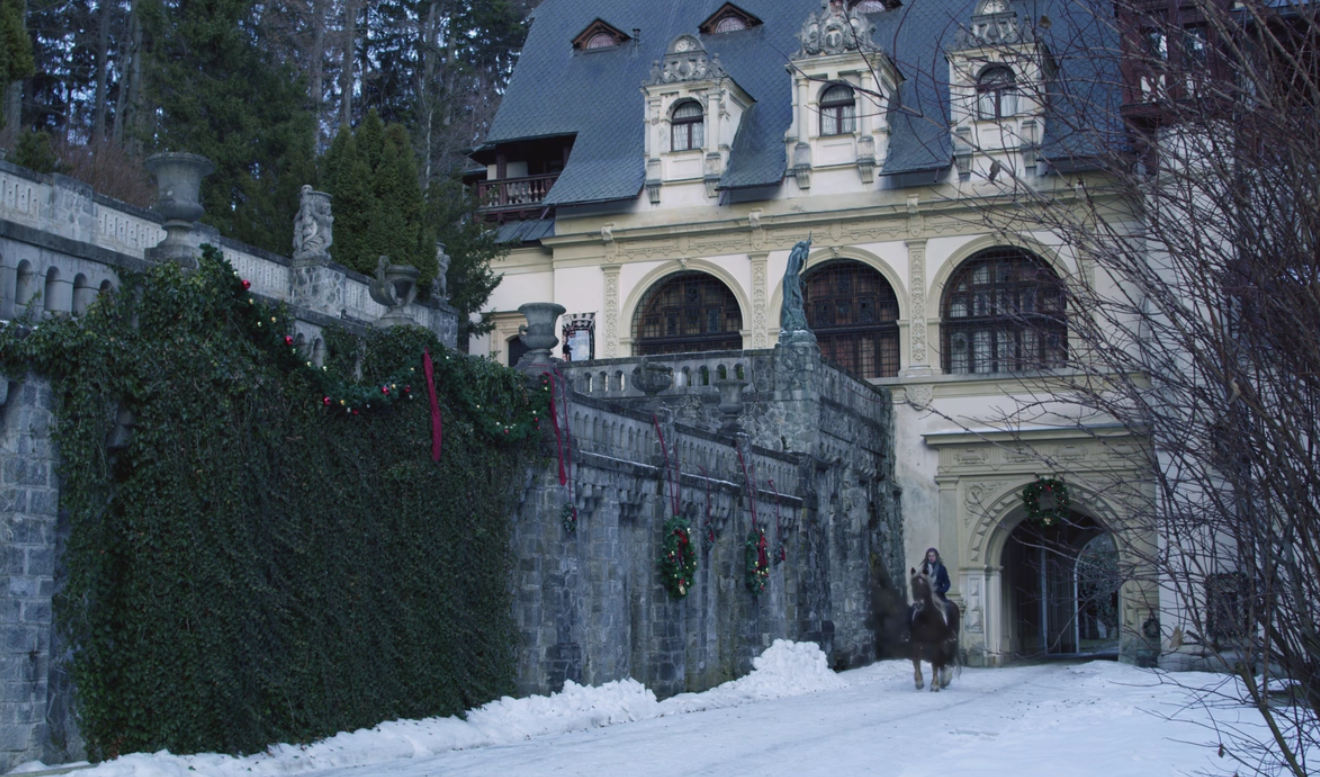 Curled up on the couch the other night with my husband Erik, we were scrolling through Netflix looking for something new. Personally, I prefer re-watching the same things over and over again — I can’t really explain that other than that there’s some sort of comfort from sinking into the same stories and letting them play out all over again (which is perhaps why I can now recite entire scenes from Parks and Rec by memory. What a blessed skill to possess).

While I was all for immersing ourselves back into familiar territory, Erik was seeking something new, and that’s when A Christmas Prince flashed across the screen. This was the famous 2017 Netflix foray into the cheesy Christmas movie scene, which even before viewing I knew would include every imaginable cheesy Christmas trope of a tiny hitherto-unknown European country, a prince with a deadline to marry, an adorably out-of-place heroine who was just tragically unlucky in love and most likely some sort of Christmas ball. There’s always a Christmas ball.

This, then, was our compromise. “You don’t actually want to watch this,” I said to Erik, who grinned and pressed play. It’s important to me that you know that he chose this. (Admittedly, he then Mystery Science Theater 3000ed the rest of it, which I was okay with.)

First, we meet Amber, a journalist looking for her big break who is assigned to cover the possible abdication by international playboy Prince Richard of the royal throne of the tiny Alpine kingdom of Anchovia (this is actually not what it’s called, but this is what Erik kept calling it, and so Anchovia it shall stay). Anchovia is a beautifully snow-frosted land of mountains, what appears to be a grand total of one village, and a decadent palace up in the mountains where Richard broods around trying to find his life path.

Amber smuggles herself into the palace under the guise of Princess Emily’s new tutor; Princess Emily is a tragically wheelchair-bound young lady with a big chip on her shoulder who quickly realizes that quirky Amber is really bad at math (obviously) and is therefore not actually a tutor. Emily figures out the journalist thing in about two seconds but promises to keep Amber’s secret for reasons that frankly I’ve totally forgotten at this point.

Amber discovers the real Prince Richard behind the facade, there are a few moments of PG-rated sexual tension, Amber saves the day and the throne of Anchovia from Evil Cousin What’s-His-Face and as you might imagine, everything wraps up neatly with a happy engagement featuring a ring roughly the size of my face.

In the middle, though, there is a critical scene — the scene that truly transports this film from mere romantic fluff to a true work of cinematic art. Prince Richard goes horseback riding, and Amber follows.

Eventually after this scene, Richard and Amber ride double on his beautiful inky-black nightsteed back to the palace while he ponies her rather sad-looking Belgian cross (?) behind. Obviously this allows for some close snuggling.

I distinctly remember seeing a shot-for-shot essentially identical scene in yet another cheesy Christmas movie at my in-laws’ house, where the Hallmark channel provides a soothing backdrop to festive family gatherings, but of course there’s no way I’ll remember the name of the movie now — A Royal Christmas? A Dukedom For the Holidays? That’ll remain a mystery for now.

There’s a reason that these scenes keep slipping into these romantic films — they rarely do much to move the plot along, but they’re critical for further character and relationship development. Allow me to explain.

Prince Richard is mounted, of course, on what appears to be a Friesian — the top choice of screen producers everywhere for that beautiful high action, naturally upright self-carriage and of course the flowing locks of midnight-black mane and tail. The dark coloring represents the darkness within Richard as he struggles to come to terms with the loss of his father the year before and the resulting momentous decision that looms before him that could change not only the course of his life but the course of his entire nation of Anchovia. The horse itself is a tall and noble beast, but Richard is tender with it, revealing his true sensitive nature. 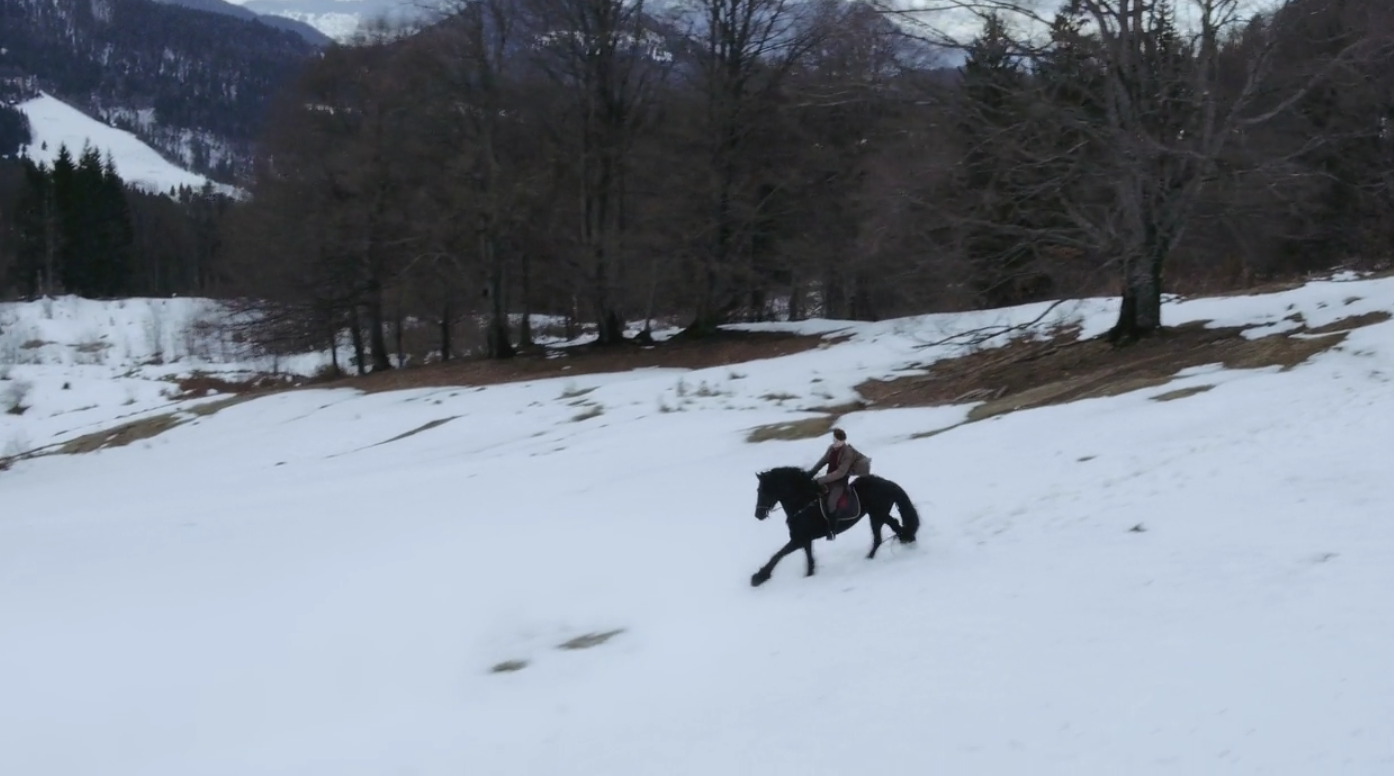 As Richard gallops away across the snowy hills, followed of course by the camera for plenty of sexy Friesian-in-the-snow shots, the horse represents a taste of freedom, giving Richard “the wings he lacks” to escape his problems for just a few moments. Simultaneously, the horse is an echo of tradition and history, keeping Richard grounded not only in his duty as crown prince to ascend the throne but also reminding the viewer of “days of old” when chivalry was a code that dictated one’s actions.

Amber’s horse, by contrast, is a smaller, plainer animal that jogs along placidly in the snow until the pair get lost in the forest and Amber gets her butt dumped on the ground by the inevitable rear-and-run movie maneuver. It’s important that Amber not also be mounted on a big Friesian or even a big, pretty, white horse — the horse’s plainer, diminutive appearance next to Richard’s gorgeous steed reinforces Amber’s role as an outsider, the humble journalist out of place in his world, rather than a princess of the blood who could keep pace with him as a class equal. 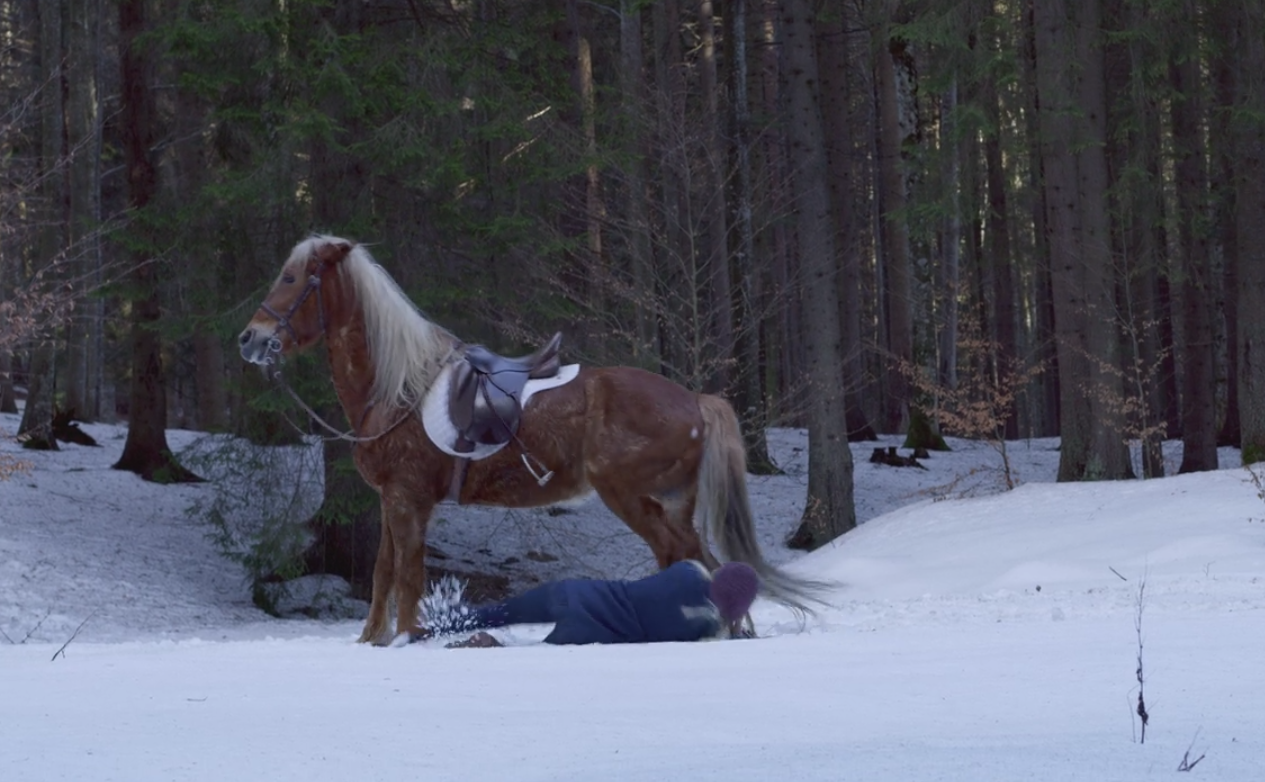 Richard literally rides to Amber’s rescue, and if you’re not seeing the knight-in-shining-armor symbolism here you might need to give this scene another watch. We won’t get into the incredibly dated take on gender roles in these kinds of movies because then the whole trope falls apart, but let’s just think of them as one last reminder that this is a fairy tale.

Amber’s riding back double on Richard’s horse reminds us of her vulnerability and outsider status; she is entirely at Richard’s mercy now in this world of chivalry and old tradition. Gone is the presumably-independent Amber, the hungry journalist chasing a lead halfway around the world from her home base of New York City, replaced now by damsel-in-distress Amber who herself needs to become vulnerable in order to see Richard for the human being he really is rather than the playboy prince that the world wants to believe…

Or, you know, maybe it’s just a cute scene from a cheesy movie. You decide.