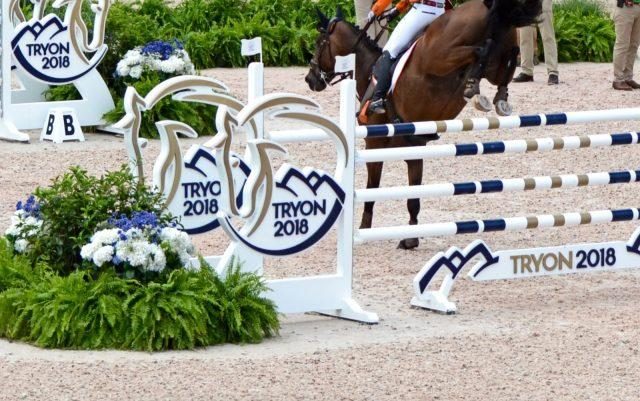 It’s looking less and less likely that there will be a central World Equestrian Games in 2022. WEG 2018 may be over and out, but there’s still plenty to contemplate as we look back on the Games. Photo by Leslie Wylie.

Today the FEI quietly acknowledged the potential abandonment of a central World Equestrian Games in favor of individual discipline championships. This was agreed upon during discussions held at the in-person FEI Bureau meeting of the FEI General Assembly in Manama, Bahrain.

The FEI confirmed that they have opened the bidding process for the 2022 FEI World Equestrian Games twice, but this did not produce any “realistic” bids.

Because of this, the Bureau unanimously agreed to open a bidding process for individual world championships in all divisions for 2022. They also included that multi-discipline bids would receive preference, and that dressage and para dressage should be combined.

This decision comes as both 2014 and 2018 World Equestrian Games have received criticism, calling the sustainability of a 7-discipline world championship into question.

In an FEI document, FEI President Ingmar de Vos was attributed as saying that this decision, “does not necessarily mean the end of the FEI World Equestrian Games™ and bids to host the full seven-discipline Games for 2022 and 2026 will be considered.”

Also discussed at the Bureau meeting today was the 2018 WEG at the Tryon International Equestrian Center. Tim Hadaway, the FEI Games Operations Director, provided the Bureau with a detailed report that has not been made available to the public.

According to the document summarizing the Bureau’s meeting, the report weighed the successes and failures of WEG by, “highlighting the quality of the sport delivery and the sport itself (with the exception of Endurance), but also the areas of concern, particularly late delivery of the venue facilities.”

Going forward from here, all interested hosts should submit expressions of interest by February 2019. Workshops with bidders would follow, and the bids would be considered throughout 2019. Decisions based on bids received can be expected by the in-person Bureau meeting next November.