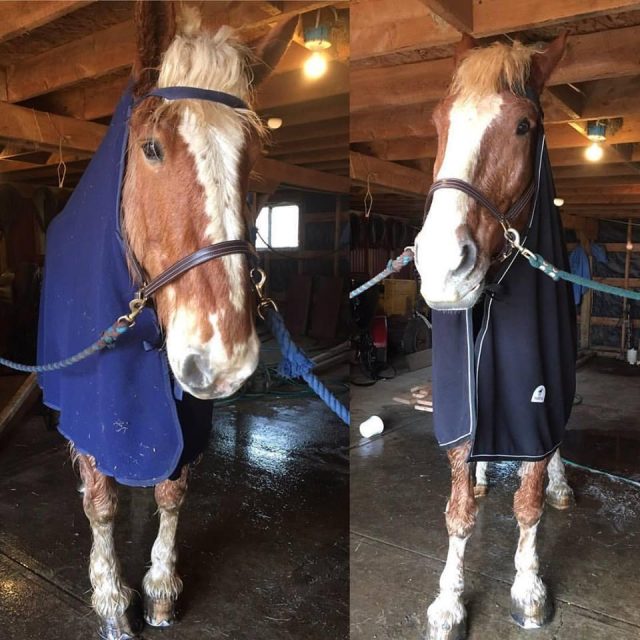 This most versatile piece of equipment deserves our utmost respect and admiration. Here’s to you, o oversize square fleece cooler. 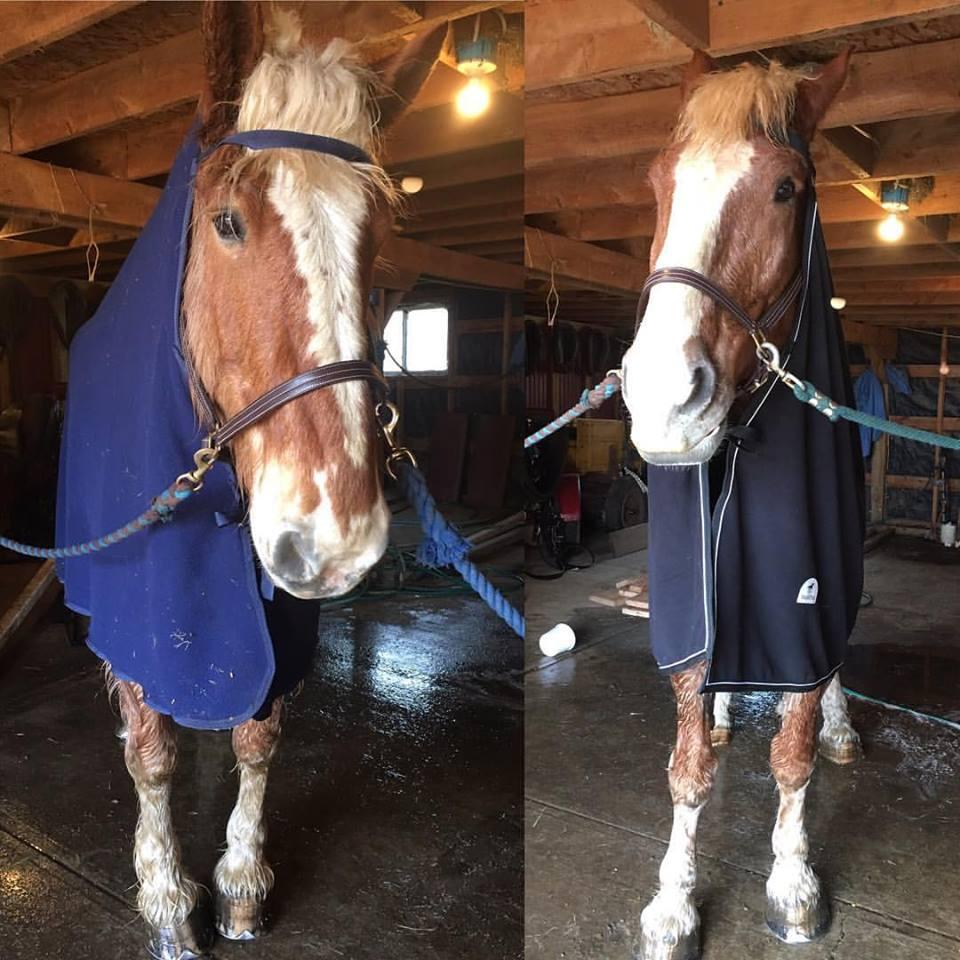 BELGIANS IN BATHROBES. That’s all. Photo by Kristen Kovatch

Not too long ago I was trawling my Facebook timeline (as you do) and saw someone hating on that barn staple, the square fleece cooler. “No one uses those anymore,” sneered this individual, insinuating that somehow, the square cooler had become retro and outdated, set aside as the trend-seekers turn their attention to the next big thing (fitted coolers? Dress sheets? I have no idea what the cool kids are doing these days).

As someone who wouldn’t know what’s trending if it flew by and hit her in the face, let me tell you that at least as far as my barn is considered, the square cooler is king. This is a hill I will gladly die on, defending these oversize fleecey monsters until they’re pried from my cold fingers.

Why would anyone turn down the opportunity to buy a few giant coolers that fit literally all of their horses, rather than sizing individual fitted fleece sheets for every horse? I also realize that not every equestrian has small horses and drafts co-mingling together in one happy pasture, and this may not be as big of an issue, but for goons like me who need to have one in every size, I can’t beat a blanket rack draped with square coolers ready to go just an arm’s length away when someone needs to dry off and warm up.

2. They cover the entire horse.

The point of a cooler is to allow a horse to dry while preventing him from getting chilled… right? So what on earth is the point of leaving the neck uncovered, steaming away on a cold day? Yeah, okay, I have a fitted fleece sheet to use on those days where it’s not quite warm enough to air-dry after a bath but the horse isn’t steaming into the atmosphere… but if I’m trying to dry off a sweaty horse or warm up a chilled one who’s been outside in the cold rain, I obviously want to cover as much of the horse as possible.

As far as smuggling it home into my home washer so that my husband won’t notice, you can’t beat a square cooler with its subtle nylon tie straps — there are no metal buckles to clank and clatter like a rock polisher as they turn endlessly over and over again in the machine. In a world in which literally every other thing with horses has to be complicated, isn’t it nice to embrace one simplicity?

If you haven’t worn a square cooler as a hooded cape at least once in your life, are you even an equestrian? I’ve wrapped them around me at cold indoor horse shows in the dead of winter; I’ve worn them as lap robes while driving my draft horses. While hacking out bareback on our 27-year-old senior horse in the snow last winter, I definitely wore it like a giant quarter sheet-cum-dress, and while I’m not saying it was the safest thing in the world, it also made me feel like Lady Stark of Winterfell as I ambled around the pasture and some things are worth it. 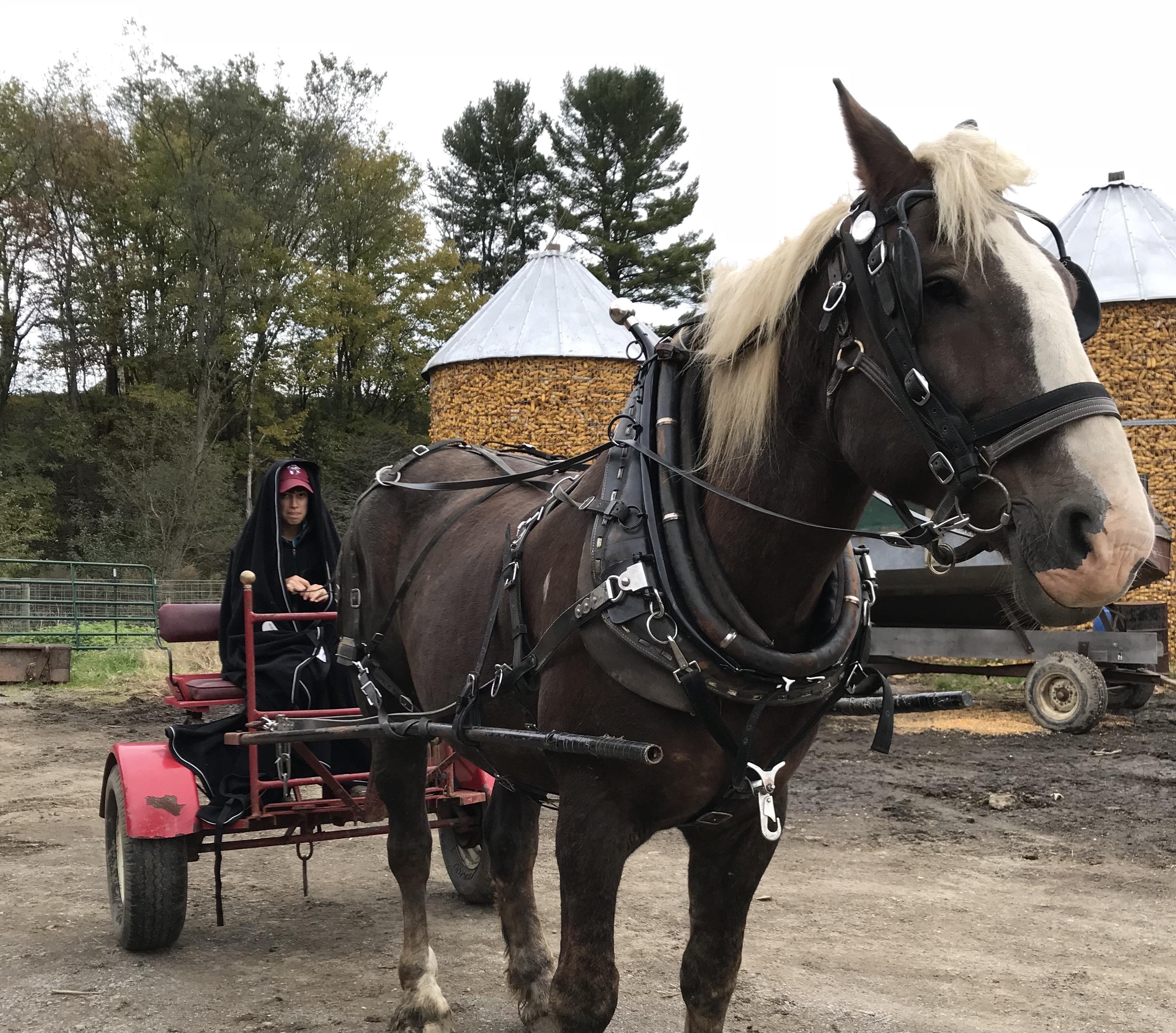 I might look slightly like No Face from Spirited Away but whatever, it was cold out. Photo by Chloe Petry