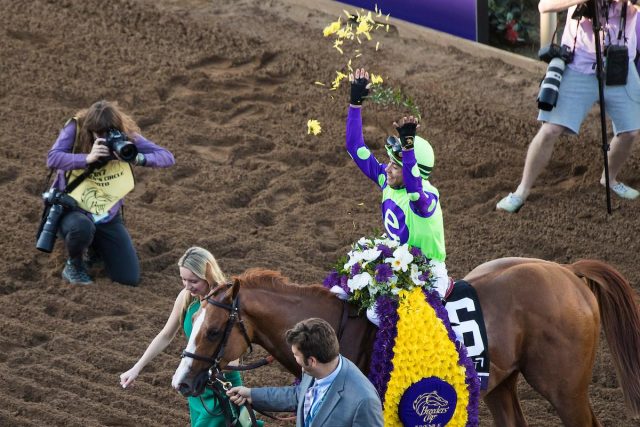 Every Friday, Horse Nation teams up with Ovation Riding to spotlight an individual or organization doing good work in the horse world. Today, we’re recognizing the Breeders’ Cup Pledge, offering connections the opportunity to give back. 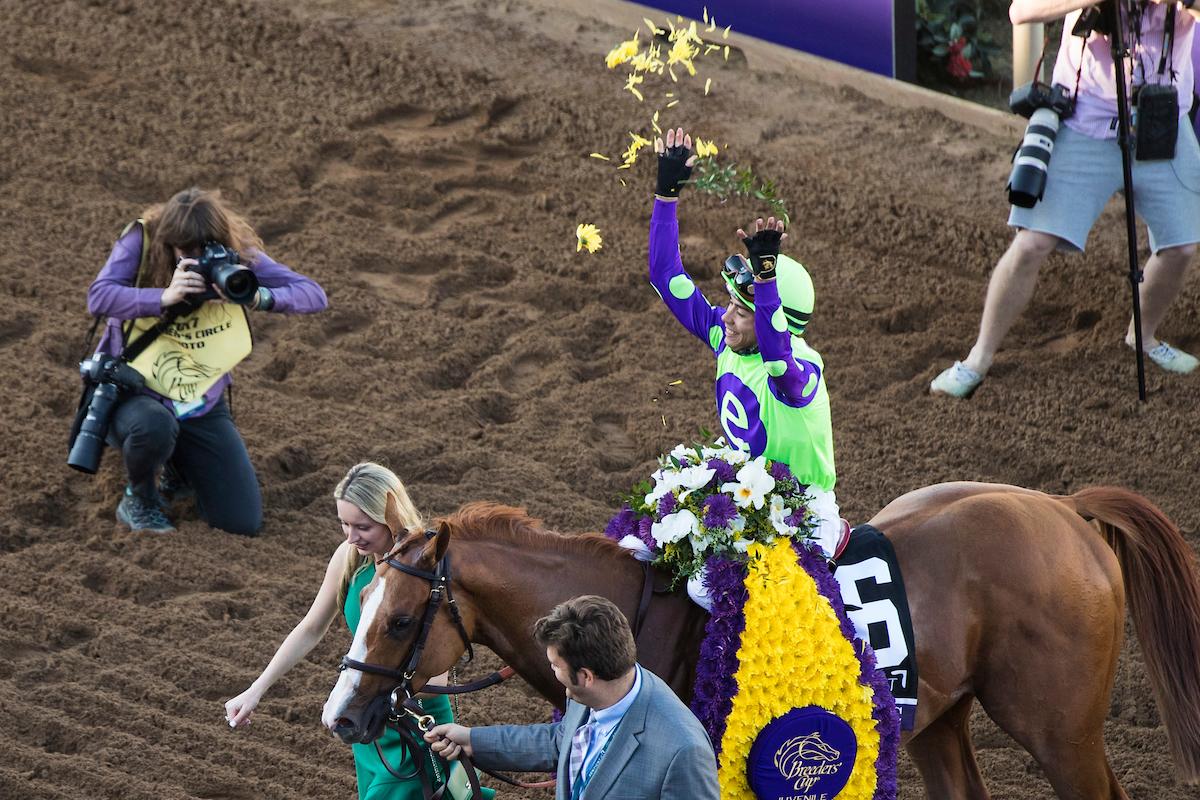 Jose Ortiz, aboard Good Magic #6, tosses flowers into the air after his win on Day 2 of the 2017 Breeders’ Cup World Championships at Del Mar Thoroughbred Club on November 4, 2017 in Del Mar, California. (Photo by Ting Shen/Eclipse Sportswire/Breeders Cup)

The Breeders’ Cup is the richest two days of horse racing in North America, with over $30 million awarded in purse payouts to the connections of winning horses. In 2009, New Vocations Racehorse Adoption Program created a knockout concept: allow owners and trainers the opportunity to pledge a percentage of their Breeders’ Cup winnings to New Vocations to help the organization in its mission to rehabilitate and rehome retired Thoroughbreds and Standardbreds when their racing days are over.

In eight years, the Breeders’ Cup Pledge has raised nearly $500,000 for New Vocations, with trainers and owners proving eager to pledge portions of their winnings to the mission of racehorse aftercare. In 2016, two pledges — Tourist and Classic Empire — won their races, meaning that New Vocations received the biggest possible donation; in 2017, Good Magic won the Juvenile for pledging owners Stonestreet Stables and eFive Racing. Even without actual race victories, however, the program is a win-win for everyone, including a few Breeders Cup runners who have been rehomed through New Vocations.

Connections can choose to pledge anywhere from 0.5% to 10% of their winnings, with an optional “other” amount as well. Participating trainers have included Bob Baffert, Todd Pletcher, Graham Motion and Doug O’Neill among others; participating owners have included Al Shaqab Racing, China Horse Club, Donegal Racing, Stonestreet Stables, West Point Racing and John Oxley, among others.

New for 2018: Fasig-Tipton has pledged to match all funds raised by the New Vocations Breeders’ Cup Pledge in honor of the late Bill Graves, who believed strongly in the concept of Thoroughbred aftercare. Fasig-Tipton’s commitment is hoped to serve as a positive example to the industry that is increasingly understanding the importance of racing aftercare.