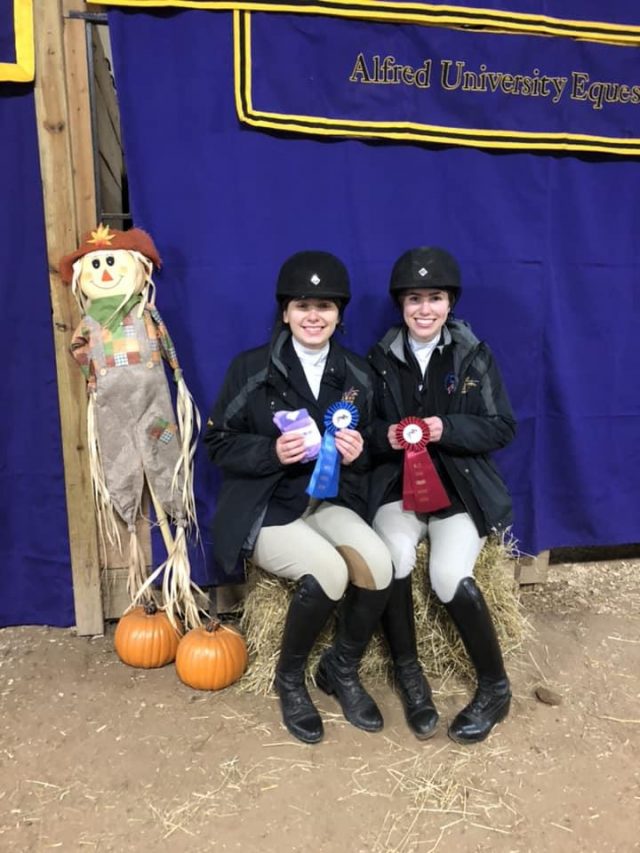 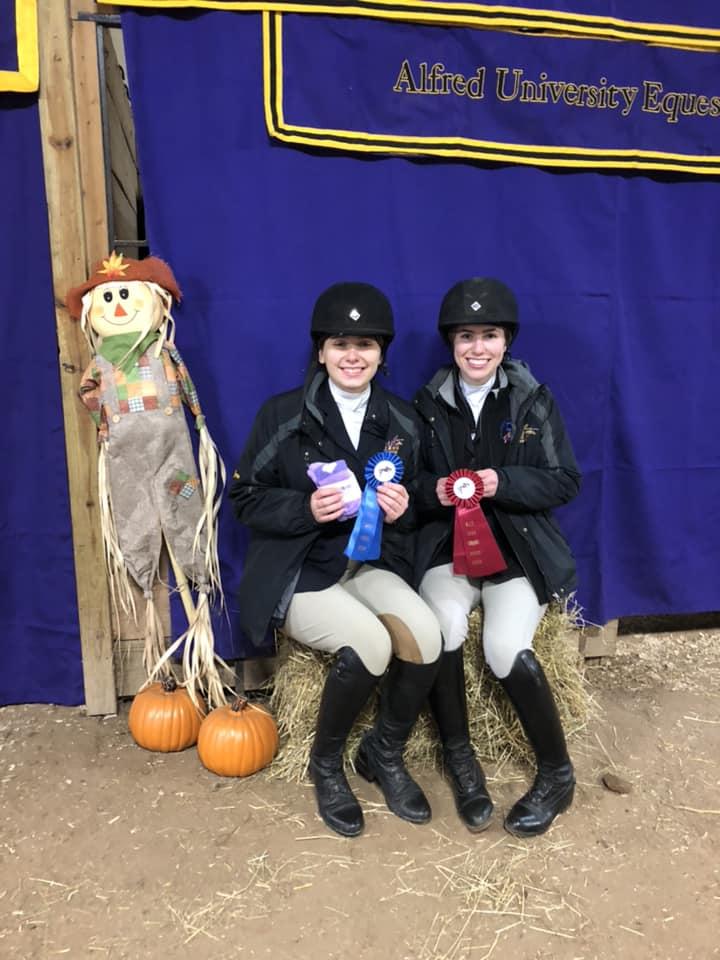 My coach Harry Hurd has a saying that I’ve found to be incredibly valuable in horse showing: Ride to win, don’t ride to not get beat. To me, this means riding on the offense, not defensively—I want to enter the arena knowing that I am competitive, not just hoping to get through the class. Even if I’m not the best rider in the class, looking confident in my initial pass by the judge makes a difference.

This mindset has served me well in my eight years of showing IEA and IHSA, improving my overall demeanor at shows and sometimes reflecting in my placings. This past weekend at a hunt seat IHSA show, one of my teammates asked me before my class, “Do you even get nervous anymore?” Her question made me laugh because I was so nervous that I couldn’t even hold still. For my final IHSA season, my hunt seat coaches moved me from Novice to Intermediate, placing me in a division with some of the top hunt seat IHSA riders. I have not jumped consistently in shows since high school, so restarting after four years at the second-highest level of competition was (and still is) daunting for me.

As a member of a collegiate team, my performance and attitude influences the whole team as well as me individually. Embarrassing myself is one thing, but the prospect of embarrassing my coaches and teammates through a weak ride is much more nerve-inducing. However, if I let myself fall into the thought pattern of everything that could go wrong, I have enough show experience to know that letting my nerves get to me makes my horse anxious and stops me from actively riding and problem-solving during my class.

As much as I felt out of my depth at first, forcing myself to fake confidence with a relaxed expression, lifted chin, and shoulders back ensured that no one else could sense my doubts that I didn’t belong there. It’s so easy to fall into a cycle of letting pre-ride jitters overwhelm one’s sense of competence, a pattern I see in several of my teammates from time to time. I’m a firm believer that whatever you think about yourself, you’re right. If you tell yourself before a class that you can’t do well on the horse you’ve drawn, or that you’re a middle-of-the-pack rider, or that you’ll forget your course, these things are likely to come true. If you ride into the arena planning on a fifth place at best, you aren’t likely to leave with a first.

In my experience, it’s incredibly important to change your thought patterns to reflect a positive attitude about your riding—instead of saying or thinking That horse looks hard to ride and I won’t be able to get the left lead, I rephrase and redirect that line of though into I’ll have to plan and set up for my left lead and I can make this work. This isn’t to say that planning on a first place ride will ensure you never get fifth, but giving yourself enough credit to believe that you could win a class goes a long way.

Showing to win versus showing just to not get beat is, to me, a question of mental conditioning as much as the physical presentation of confidence. A self-defeating attitude like I just hope I don’t get last is a thought that probably enters every competitor’s mind at some point, but deciding how much that thought will influence your ride determines how focused you’ll be on placings rather than personal improvement. Riding to win doesn’t always have to mean that you’re out for blood and only a blue ribbon will satisfy you; rather, it can also mean that you’re determined to fix the mistakes you made yesterday, to nail a maneuver you’ve been working on, or to top a personal best from the previous show. Learning to enter a show pen like I’m proud of the way I ride is a skill that I am grateful to have picked up through collegiate showing, and one I know I can translate into future job interviews and presentations out of the barn.