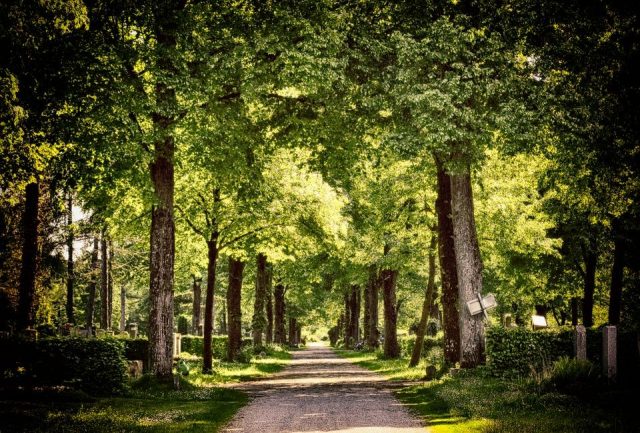 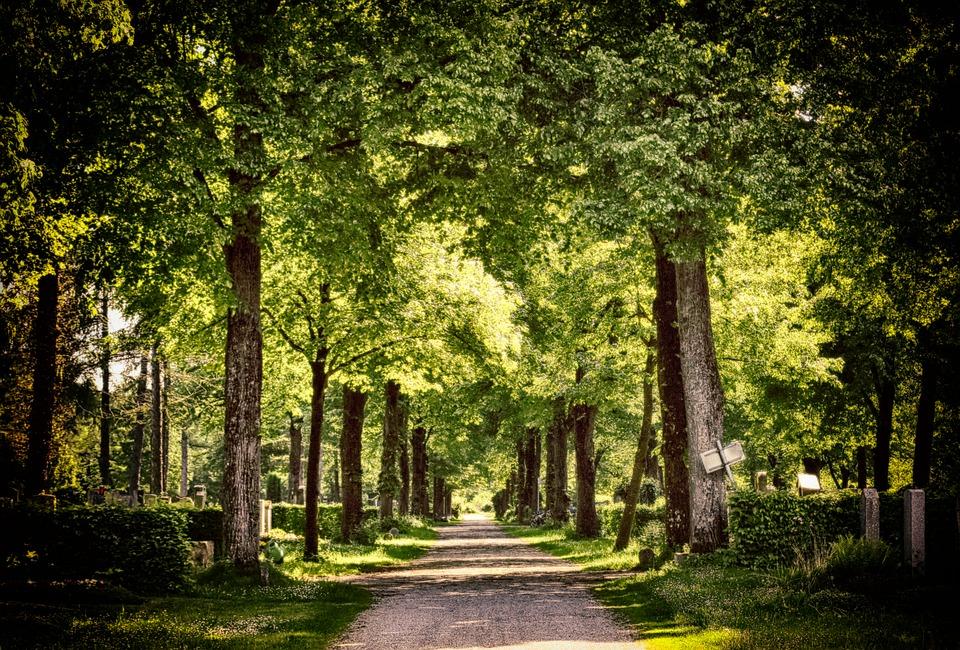 The horse-drawn cemetery tours had become an October tradition for us, in all of their delightful chintzy glory — sure, the actors from the local historical society forgot their script half the time, and the “scary” gags along the way were more likely to make us laugh than scream, but when something becomes tradition, you do it anyway. Plus, it gave us a chance to chat with our good friend Pete who drove his team for the tours, a pair of patient and saintly Percherons who were incredibly tolerant of the “ghosts” of the tour appearing suddenly from behind trees and monuments, or the occasional shrieks from passengers, or the flickering lights of the lanterns, all in the darkness of the unlit cemetery. Pete was every inch a horseman, but he was also one of the nicest, open, honest and cheerful people you’d ever meet.

Pete and his team Dick and Dan been driving this tour as long as we could remember, which was certainly part of the tradition. We would always get to the town square early so we could try to catch the front row of benches on the horse-drawn trolley and catch Pete’s quiet running commentary of his own, a hilarious contrast to the narration provided by the Civil War reenactor “ghost” who served as tour guide through old Forest Hill Cemetery. While we were far north of the battle lines from the Civil War, a number of the town’s citizens had gone to fight for the Union, and the town was proud of that history.

“At least it’s drier this year,” I murmured to my husband as we settled in under our blanket on the front-row bench, right behind Pete who quickly swiveled around to shake our hands and say hello. The past few years, it had been either sleeting or raining or some combination of both, making for an uncomfortable tour for passengers and a downright unpleasant night for poor Pete and the horses. Pete always looked perpetually tired in the month of October, spending his weekend nights driving the cemetery tour and then taking the utmost care of Dick and Dan back at home before collapsing into his own bed around one in the morning.

As Dick and Dan leaned into their collars and the trolley began to roll, winding its way from the busy town square into the quieter, darker residential streets of the town where the trees were taller, slowly climbing ever upward toward Forest Hill Cemetery, our Union soldier tour guide began his spiel. We knew it nearly by heart now, and when Pete twisted around in the seat, Dick and Dan knowing the way without his guidance at this point, we couldn’t help but grin, knowing the story he was about to add.

“Forest Hill is a very old cemetery, and we follow a very specific path.” Pete’s wide-eyed, earnest face captured the attention of all of the passengers instantly, and they stared back at him goggle-eyed. “There are parts of the cemetery where we have had problems with the horses in the past–” he paused here for dramatic effect and I heard murmurs from the passengers behind us “–and there are places where we just don’t go any more. I don’t know what’s in there, but I do know that these horses don’t spook at much.”

Pete turned slowly back around, after giving the passengers a pointed, meaningful last stare, and I couldn’t help but giggle. He glanced back over his shoulder at me, the ghost of a wink in his eye.

“So what did happen, Pete?” I asked, leaning forward to rest my arms on the back of his seat so the other passengers couldn’t hear us. He always said this same line every year, but I hadn’t heard the actual story, if there even was one.

For once, Pete was silent. He shuddered down a little lower into his coat, retreating into the warmth as though chilled. Finally he swallowed hard.

“That was a strange night.”

I sensed my husband leaning in closer on Pete’s other shoulder.

“Early days of the tour, we didn’t have all the markers and glow-sticks we have now,” Pete said quietly, pointing up ahead through the trees as we drew closer to the cemetery. We could see the markers that helped blaze the path for Pete and the horses to follow — hundreds of glow sticks placed along the road so he wouldn’t stray. “We had to remember the route and all of the turns in the dark. We’d practice in the light, sure, but then the sun would go down, and I had to follow all those little gravel tracks by memory in the darkness.

“So of course, I got lost. I’ve gotten lost in that cemetery a dozen times, and the tour guides have had to just make it up as we went along until I figured it out and got us out of there. But one time…” Pete trailed off, eyes distant, before clearing his throat. “One time was different.

“It was about eight years ago. I took a wrong turn, which I figured out about three minutes after I took it, and I was grumbling to myself, because of course there’s no good way to turn this thing around –” he gestured at the massive trolley “–so we were just gonna have to continue and see where the path led. I knew we were in one of the older spots of the cemetery, and the groundskeepers had specifically told us not to go into this particular section. Out of respect, I guess, it was the wishes of some of the descendants or something, I don’t know. But I knew we would catch hell in the morning when they figured out where we’d been, so I’m trying to hustle the ponies along before they take a dump on this path or something.

“The path takes a curve, and the horses follow the bend like they’ve walked it a hundred times before — you know this team, this is a good team. And as we come around the bend, they just stop. They stop dead in their tracks, and the trolley is all cock-eyed behind them on this curve, you know.”

Pete was silent for a breath, the creak of the trolley and the excited low conversations from the other passengers suddenly sounding miles away.

“I get after them, of course, but they won’t go. They just won’t go. I’m looking all around, but I don’t see a thing that would scare them. They’ve been going along in the darkness just fine. And then, real quiet, like it’s far, far away, but getting a little louder all the time, I hear the singing.”

Pete took a deep breath and began to hum — softly, slowly. The hairs on the back of my neck stood up as I caught the tune — “The Battle Hymn of the Republic,” the old song of the Union Army in the Civil War.

“As I can start to make out the words, I start catching movement through the trees among the stones — it looks like a light coming towards us, and I start thinking ‘oh, good, it’s one of the actors with those little lanterns they carry’… but as it comes our way, I can start to see it’s something bigger, taking shape, like the size of a person just materializing right in front of my eyes. And I can hear some of the folks on the trolley talking to each other, asking ‘what is that? What is that thing out there?’

“This column of light sort of pauses, and the singing gets louder, like there’s a whole choir marching our way.” Pete’s voice has gotten higher, strained. “And the horses just start backing up. I’m getting after them but they just start scrambling backward like they can’t get out of their own way fast enough. We jackknife the trolley, people are screaming, and ol’ Dick and Dan just spin themselves around and get us out of there as fast as they can.

“They just ran and ran, the trolley bouncing along, and finally I recognize that we’re back on the paved path and I finally get them quieted down, and I turn around to make sure everyone is okay, knowing I’m about to catch hell and probably get sued, and every single one of them goofballs back there is grinning. ‘That was amazing! This was the best tour yet! That was so cool and spooky!’ And we were sold out on cemetery tour tickets for the next four years.”

The echoes of Dick and Dan’s hoofbeats seemed louder than normal as my husband and I sat in silence, trying to grasp all of Pete’s story. “Haw, now, ponies!” Pete called out as his team eased across the road to the driveway to Forest Hill, passing between the old stone pillars and the wrought-iron gates into the glare of a flickering tiki torch. Pete pulled the team up to a halt.

Twisting around in his seat, he gave us just the barest wink before grinning to the rest of his passengers. “Welcome to Forest Hill!” he called.

Dick and Dan clip-clopped easily down the well-marked route as the tour began, our tour guide pontificating on the town’s rich history. I half-listened, my eyes and ears focused instead on the darkest part of the cemetery off to the right, staring for a glimpse of a bit of light, searching for the scrap of a song.