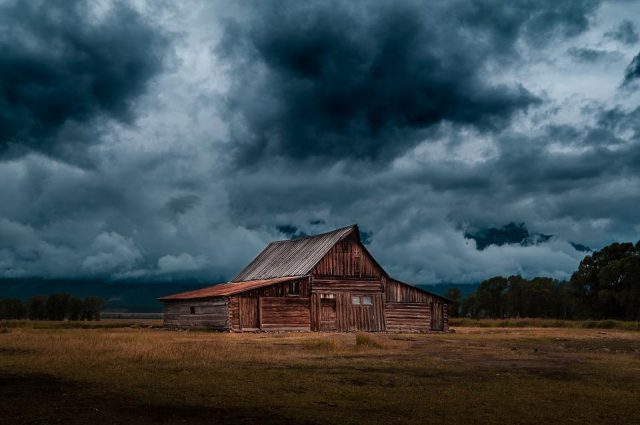 Introducing one of the winners of this year’s Halloween short story contest: Angel Cantrell, and her perfectly mischievous tale “The Coven!” 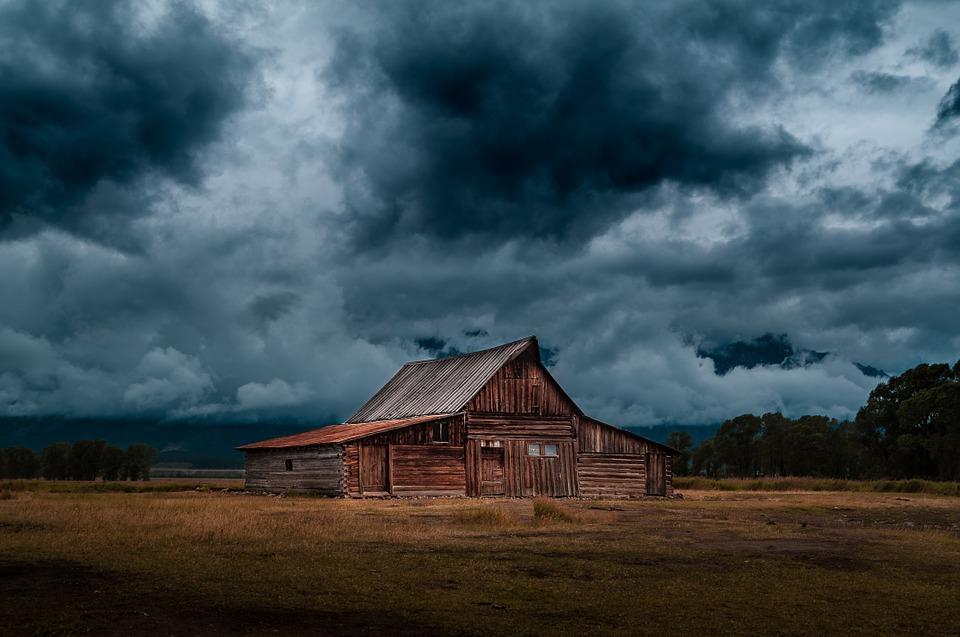 It was a chilly, rainy, gloomy day in October; the sky was grey and the wind blew the rain in sheets. Lady had been napping in the run-in shed all morning and now she was feeling a bit peckish, so she meandered out into the weather to find a good snack. The geldings had been huddled miserably in the rain just outside the range of her evil eye, and they took advantage of her leaving to charge hastily into the dry warmth of the run-in.

The pasture was soggy and the rain was beginning to pick up, but she continued unabated. A mare needed to keep her girlish figure and good clover was only to be found under the big oak tree. She had reached the tree and was munching contentedly when suddenly lightning flashed, and thunder boomed through the valley. She spooked playfully and blew her nose, challenging the storm. Lady looked to the sky in the west, waiting for the light to come again. It did, closer this time, and the thunder boomed louder. She bucked for joy and began to run, feeling the rain beat against her coat. On she ran, faster and faster; she bucked and played, snorting against the wind. It whipped her mane and she pushed against it, running to the top of the hill in the pasture. She stopped for a moment to catch her breath and blew a whistling challenge to the wind. Thunder boomed again and she bucked beginning to run down the hill against the wind, reveling in her strength. She was a mare: powerful, strong, all-knowing. Nothing could catch her, nothing could stop her; everything bowed before her.

For a few minutes more she enjoyed her race against the wind; but as she started to tire, she began to circle back to the shed. The geldings were standing like wuss-pusses in the shelter, fearing the storm. She stopped and reared, whinnying at the wind. As she landed she caught sight of something behind her. Whirling, she blew another challenge, confidence radiating from her until she actually realized what she saw.

It was a plastic bag!

It blew towards her, large, white and looming. She froze, waiting to see if it would blow past. The bag blew to and fro, drawing ever nearer; she snorted uncertainly, watching it closely. Her fine ears twitched towards the geldings and back to the bag, her large, round haunches tensed, ready for her to spring away. She would not show weakness in front of the geldings, whom had just become aware of the bag that was holding her attention! They paced, calling to her, telling her it was safe in the shed. Lady stood strong, still watching the bag. Deciding it would likely blow on by, she began to walk quickly and deliberately to the shed, determined to show no weakness. All of a sudden the bag blew directly between her and the shed, heading straight for her!

Freezing again, she took one second too long to decide; instantly the bag blew directly into the bush in front of her. Frightened she whirled and bolted, at first cantering just out of reach, but the bag blew off the bush and swooped after her. Annoyed, she turned on the afterburners: catch her, would it? She would see about that. She galloped up the pasture, becoming more and more alarmed as the bag began to gain ground. Filled with growing dread Lady galloped into the stand of trees in the corner of the pasture, attempting to lose her pursuer. She looked behind her and bucked in victory, not seeing the white, crackling villain.

However, she celebrated too early, for it descended silently only a few feet in front of her. She dropped her haunches into a stop, sliding across the ground as she tried to turn away. Dread turned to terror when the bag brushed her flanks as she turned to run back.

Galloping at top speed, she did not look back to see if it was behind her. The pasture was several acres and the gate was down by the run-in shed, at the opposite end of the pasture from the trees. Her lungs and legs burned as she pushed for the gate. There was no one who could help her now. No one… except her humans. She would run to the gate and make those snotty humans bring her into the barn, away from wild plastic bags. She, Lady, would pace a hole into the ground until they brought her in. No! She would not stop at that. She was a mare, and did not deserve this injustice! She would tear that gate down and then come back later to deal with those useless geldings. Mind made up, she pushed herself to gallop faster, still not slowing to discover if the bag was following.

Lady made the final turn before the gate, readying for a burst from her powerful body to tear it down. She would just run right through the darn thing, if that is what it took. Just as the gate and the water trough came into sight she saw them.

It was a coven of plastic bags!

They floated ethereally in the air, surrounding the water trough and the gate. She counted more than five and horror overcame her mind as she realized that this was it for her. Legs flailing, she put all four in reverse and stopped hard in a wash of water and mud. One of the plastic bags noticed her and turned, pointing at her. She started to back away when her leg touched…. Water? Horrified, she looked down. She was standing on a muddy island surrounded by water, the moat of water was widening before her eyes, too far to jump. It started to encroach on her island, which grew smaller and smaller, heading for her hooves. Other bags were visible in the water, just like the ones in front of her. Terrified, she reared, trying to keep her hooves away from the ones in the water. She closed her eyes as she landed, expecting to be pulled under and killed.

As her hooves came down they landed… in a small puddle. Eyes squeezed tight shut, Lady did a check of her body. Except for her heavy breathing and tired muscles, she felt… nothing. Then she heard…. was that… laughter? She opened her eyes, and there in front of her… were her humans! She watched them, bewildered, trying to figure out why they were laughing, why no one was comforting her or putting out a bounty on plastic bags.

One of them held out something to her;  she pulled back at first but the human talked softly so she came up to smell… a poncho? Another human revealed themselves from under another poncho. She snorted suspiciously, eyeing them; as she stepped back, the water splashed and she blew at it also. Where had the water come from? Looking past the humans she saw… a broken pipe. The humans were out here fixing a pipe?

She pricked her ears looking for the geldings. Was that — were they laughing? Oh no. The humans were all laughing too, and she now realized it was at her. Lady shook her mane and pinned her ears, giving them her best mare glare. Laugh at her, would they? Oh they’d pay, they’d all pay. Her ears pinned further and further and her nose wrinkled tight. They were the ones who should be filled with horror. Now she would show them where they could stick their laughter.

In the weeks after the bag incident, many strangely-malevolent things occurred. Every hoof pick in the barn went missing, all of the polos became unrolled, and every spray bottle stopped working. Someone spilled the grain bags and knocked over a hay stack, creating a huge mess, but no suspect was ever found. All of the horses’ shoes were found mangled beyond repair in a pile in the woods, and every blanket was ripped, straps destroyed. The geldings lived in fear, never knowing when their next scrape would come, for they had all incurred the wrath of a mare scorned.