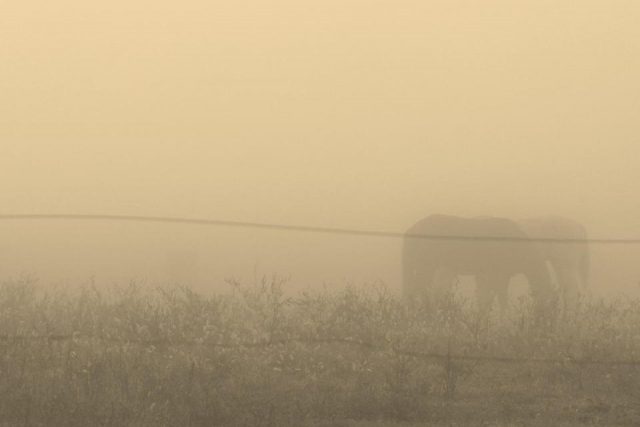 Introducing one of the winners of this year’s Halloween short story contest: Kim Watts, and her spooky tale ‘The Pooka’! 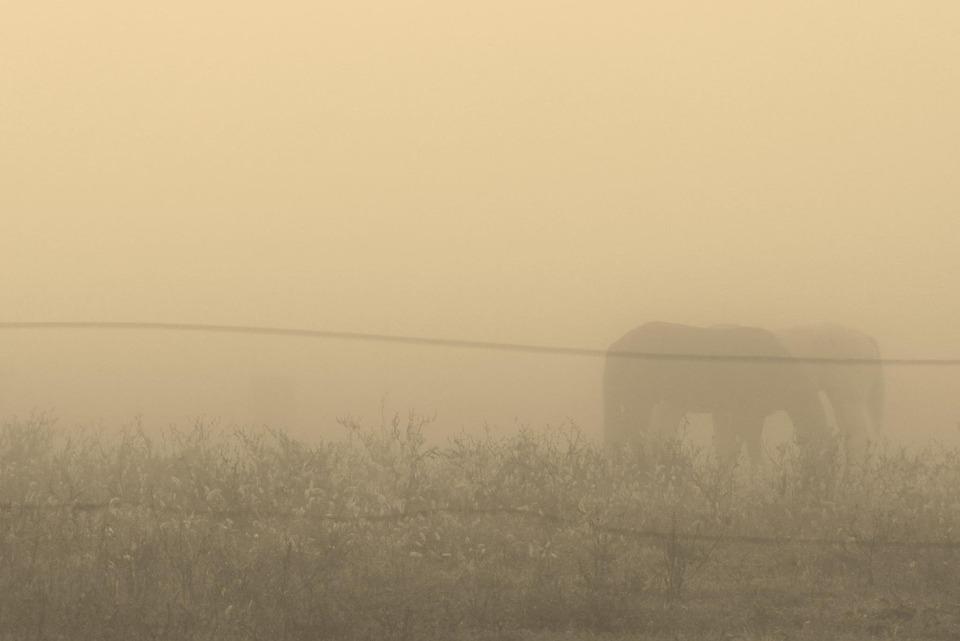 In Southern California we have a very strong, extremely dry wind phenomenon known as the Santa Ana winds, or Santa Anas.  The unrelenting pounding force of the winds can turn respectable souls into something quite different. It is common knowledge among police and emergency departments that the winds will bring the crazies out as sure as a full moon. The best line describing the Santa Anas is from Raymond Chandler’s The Red Wind: “Meek little wives feel the edge of the carving knife and study their husbands’ necks.”

One Saturday in October during the winds, when riding seemed foolhardy, a group of us sat around the barn trading horse stories. This story stuck out among the others. It was told about a black gelding of uncertain heritage, named The Pooka. A pooka is a hobgoblin from Irish folklore. It can bring both good and bad fortune. It can take the form of large animals, often a horse. A pooka is said to call out the names of those it wants to take upon its midnight dashes.

Well, Pooka was ridden by a teenaged girl Keila who seemed to have more than the average share of good fortune. Keila was quite successful in the show ring. In western gear, he looked every bit of a quarter horse. In the hunter ring, he looked more warmblood.

During their years together, little oddities were noticed. Keila would find small sums of money or jewelry, which were never claimed. People would come into their lives at opportune times — while troublesome issues, and more than one problematic boyfriend, seemed to just disappear.

One story goes that Pooka got loose and led everyone on a wild chase, only to return to the horse trailer a short time later. As they set off for home, their travel was slowed by a major accident. The accident had happened only minutes before! If it weren’t for Pooka…

The strangest incident happened the night Pooka disappeared. Only days before Halloween, the Santa Anas blew fierce over the farm, and howled through the barns. All the horses were tucked safely into their stalls. Late into the night, above the din, the sound could be heard of names being called. As the barn owner went to check it out, he could see one of the barns engulfed in flames. Unfortunately, when the fire was finally put out, the barn had been reduced to rubble. To everyone’s surprise, not one horse had been found in the barn or anywhere on the property.

The next day the missing horses were found in a pasture a few farms away — all except Pooka. How the horses got out of their stalls was often debated — and how they managed to get to the other pasture. Curiously, none of the horses were injured or showed any signs of exposure to smoke. When recounting the story, the barn manager swears that the names he heard that night were the names of the horses in the fateful barn.

More curious, was what had happened to Pooka? Where had he disappeared to? Keila, though heartbroken, seemed to understand that their time together was over. It seems a few weeks later, she felt a gentle breeze then a familiar nuzzle and nudge. But she was alone.