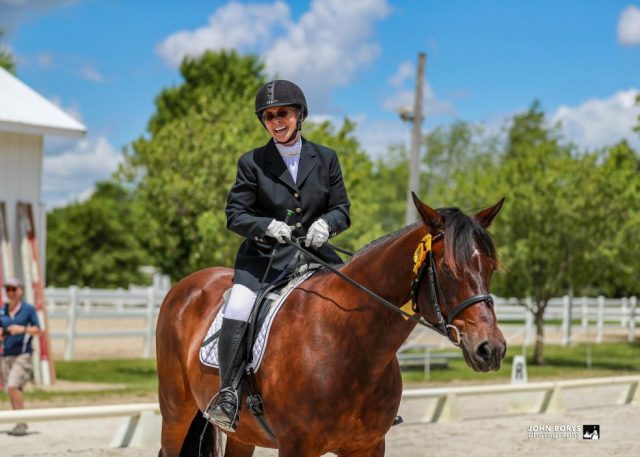 “He was 26, I was 74 – it was the Century Ride, with the requirements being that the horse and rider meet 100 years old together. Now, I want only for him to have a comfortable, safe, and happy retirement.”

At SmartPak, we’re on a mission to make the world a better place by using our smarts to power healthy horses and happy riders. Out of the tens of thousands of riders and horse owners that we’re proud to call SmartPerks members, our SmartPerks Hall of Fame Inductees have been supporting one special horse for the longest amount of time. This honor celebrates their commitment to changing the world, four hooves at a time by taking great care of their horse. We’re thrilled to introduce you to one of our September ’18 Inductees, Jullianne, and her horse Weber: 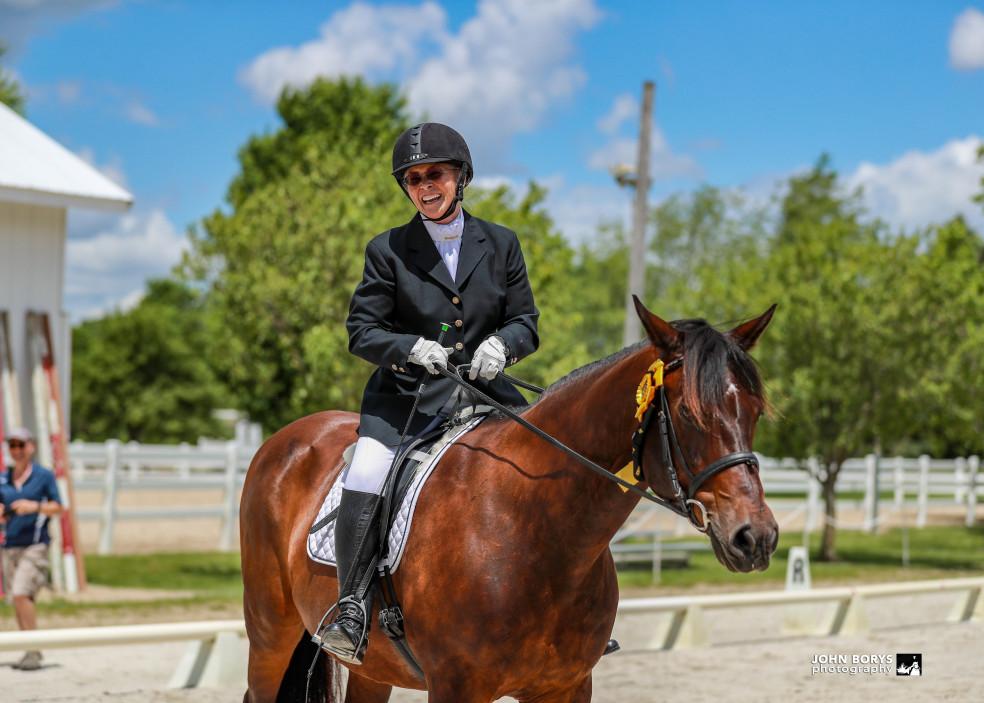 I purchased Tre Awain Weber (a.k.a. Weber) in utero and have had him since he was six months old. He’s a Connemara/Thoroughbred cross and is now 27 years old! He is talented, beautiful, and has a great temperament – he’s warm, loving, kind, watches out for me, and has a sense of humor. He can be demanding about his treats and even knows how to bow!

Along with his temperament, my other favorite thing about Weber is his versatility. He was a great jumper and competed in hunter/jumper shows, was very good at dressage, and became a low-level event horse and won almost everything he was in. In fact, my favorite memory of him is our first event together. My daughter, Maile, had evented him for a couple of years, and then it was my turn. Since I had never jumped before, I had to learn how to jump and then how to negotiate a beginner event trial. It was both scary and fabulous – he knew what he was doing so we sailed through everything and won! He was 17 and I was 65, and it was simply a blast.

Weber completed his last competition with me in June 2017. He was 26, I was 74 – it was the Century Ride, with the requirements being that the horse and rider meet 100 years old together. Now, I want only for him to have a comfortable, safe, and happy retirement.

Learn more about Jullianne, Weber and the SmartPak supplements that keep Weber feeling his best at the SmartPak blog!