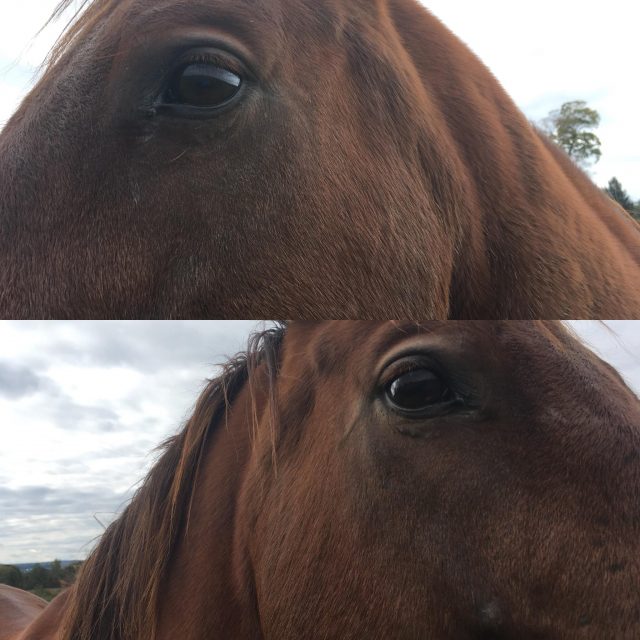 Disclaimer: this anecdote is not meant to serve as veterinary advice. Any horse health concerns should be taken to your veterinarian.

A crisp fall morning earlier this week found me ambling back from the cow pasture on my horse Jobber after a successful move of the farm’s cattle herd between fields in the pasture rotation. Jobber had done a fabulous job of being exactly where I needed him to be every time I asked, and for the first time in her life, my border collie had been actually helpful rather than popping up exactly where she didn’t need to be at the most critical moments.

I stepped down out of the saddle back at the barn, gave Jobber a good pat on the neck, gathered my reins and felt my eyes bug out of my head.

On the fifteen-minute walk from the point where I had last dismounted to close up a wire gate as the last of the cattle disappeared over the hill in their new pasture and now, Jobber’s cheeks had bloomed into a series of… well, to put it succinctly, lumps. He looked rather like a hamster — not a good look for my normally sleek Thoroughbred, despite the bloom of his thick winter coat. 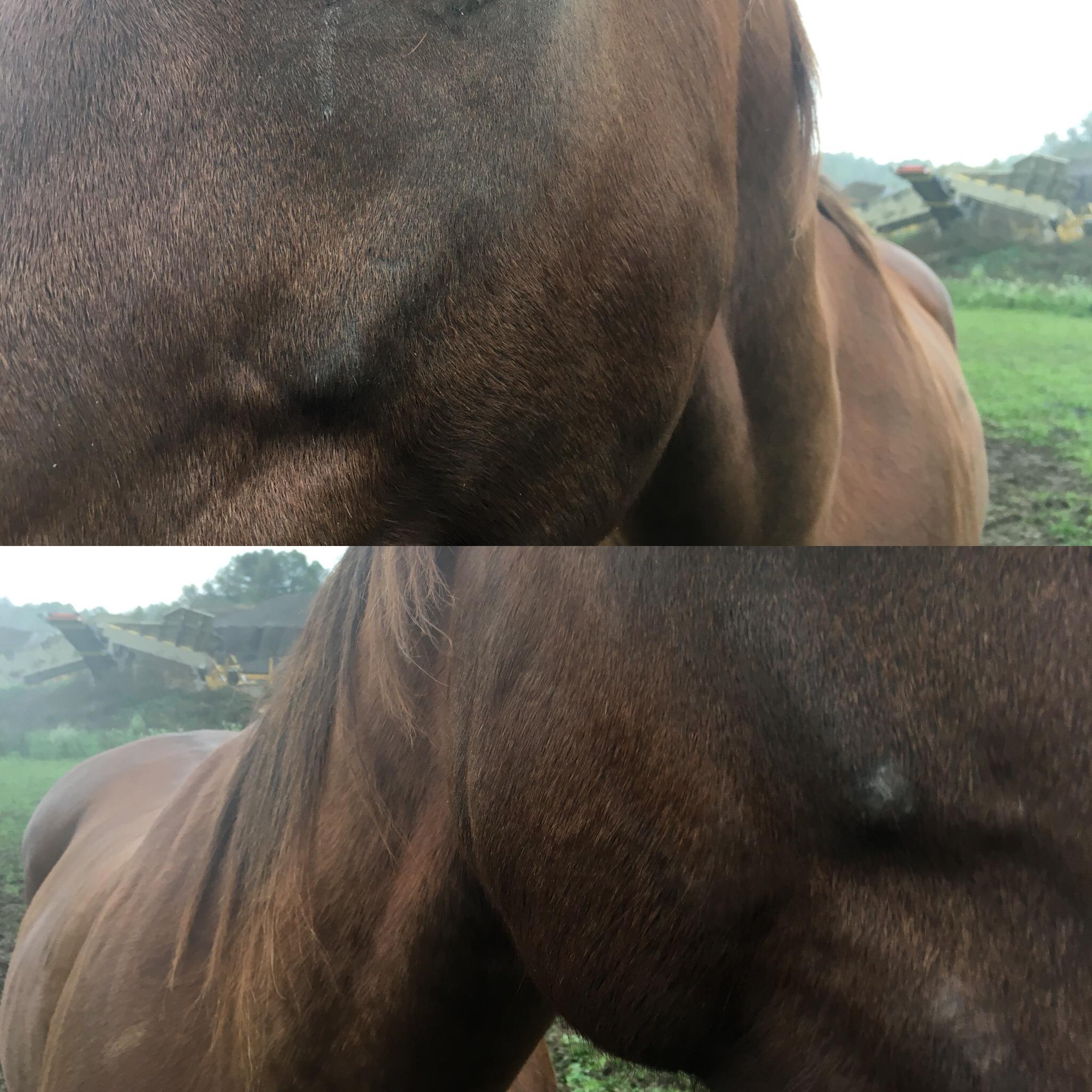 The swellings were fairly symmetrical, firm to the touch, and did not appear to be sensitive. Jobber stood there patiently, likely thinking what are you doing now, human as I poked and prodded at his face. I gently pulled at the reins as though I was riding — no bit sensitivity. I pulled his bridle in the barn, got him untacked and groomed, and checked his temperature. Normal. Judging from the way he was trying to clean up stray wisps of hay from the floor, he appeared to have a fine appetite.

I stood back and looked at my horse, who looked back at me expectantly. What? This is what I look like now, he could have been saying.

I tentatively turned Jobber back out so I could observe him. My immediate thought was a bad tooth — but the swelling was symmetrical, and he got right to work grazing, so that seemed unlikely. He had had a mild facial swelling earlier in the summer which I believed was likely a bee sting or a big horsefly bite, but again, this swelling was symmetrical on both sides. Had he stuck his head in a thorn bush while we had been moving cattle? That had definitely happened, yes… but what were the chances that he somehow pricked both cheeks equally to the point of swelling, without me finding any actual wounds or embedded thorns? The swelling was too high to be a symptom of strangles, and he was lacking the other key symptoms as well (fever, loss of appetite, nasal discharge and coughing).

Yes, it’s a real thing — poorly explained in most veterinary literature, and rather mysterious in cause, grass mumps (sometimes called grass glands) are swellings of the parotid gland, located below the ear and behind the cheek. While it’s generally believed to be a mild allergic reaction to new grass, or perhaps new pollens, no one seems to know for sure why the swellings appear. Generally, removing the horse from the triggering grass is enough for grass mumps to clear up on their own within a day or two; some advise giving antihistamine. 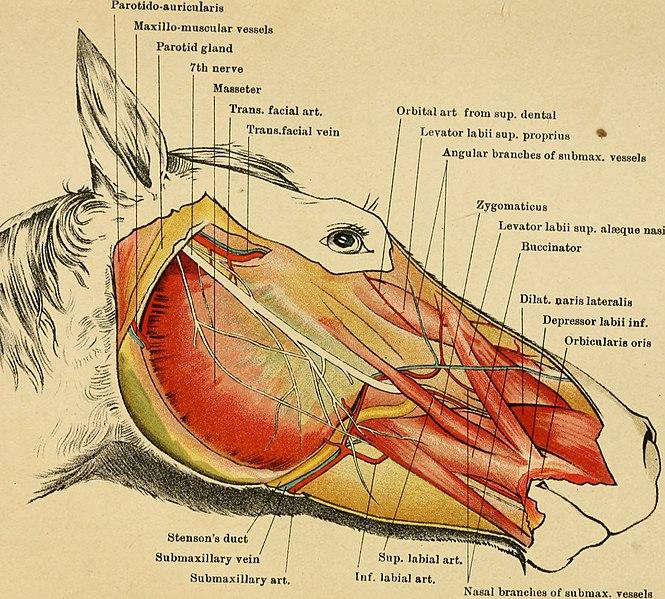 Diagram showing the location of the parotid gland. Public domain.

This was still a bit puzzling to me, as we’re clearly well into fall — Jobber had been on this pasture all summer, and due to some recent pasture decisions, the cattle had eaten down most of the pasture so there was little brand-new growth. Then I remembered — the day before moving all of those cattle, I had moved the horses into a different section of pasture where they hadn’t been grazing since the spring. With some untouched weeds bobbing over the fenceline, I had probably set up the perfect storm for these mysterious grass mumps.

When I next checked Jobber, the swelling had faded from his cheeks and had settled into the classic location for grass mumps — symmetrical swelling below the ear and behind the cheek, over the area of the throatlatch, right over the parotid glands. The next morning, they were barely noticeable, and by afternoon they were gone completely. 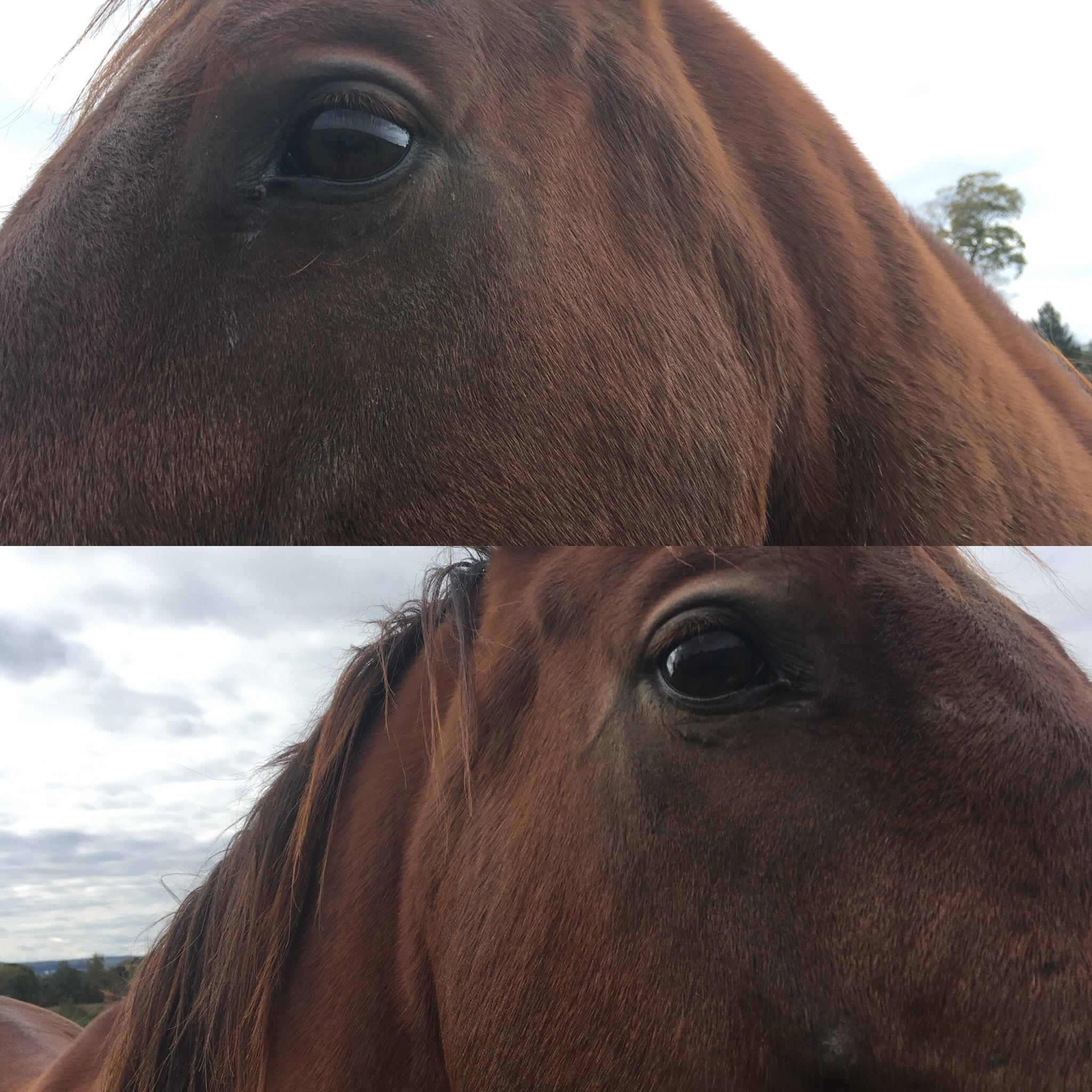 Swelling now over the parotid area over the throatlatch — the classic “grass mumps.” Photo by Kristen Kovatch

Thus ended a brief and characteristic equestrian panic, and thus my knowledge grew just a little bit more about weird conditions that our beloved horses are prone to developing at the drop of a hat. Grass mumps can be filed under the heading of “things that look worse than they actually are,” as well as “things that may look somewhat like much more serious conditions” — but in reality, they’re more bark than bite. 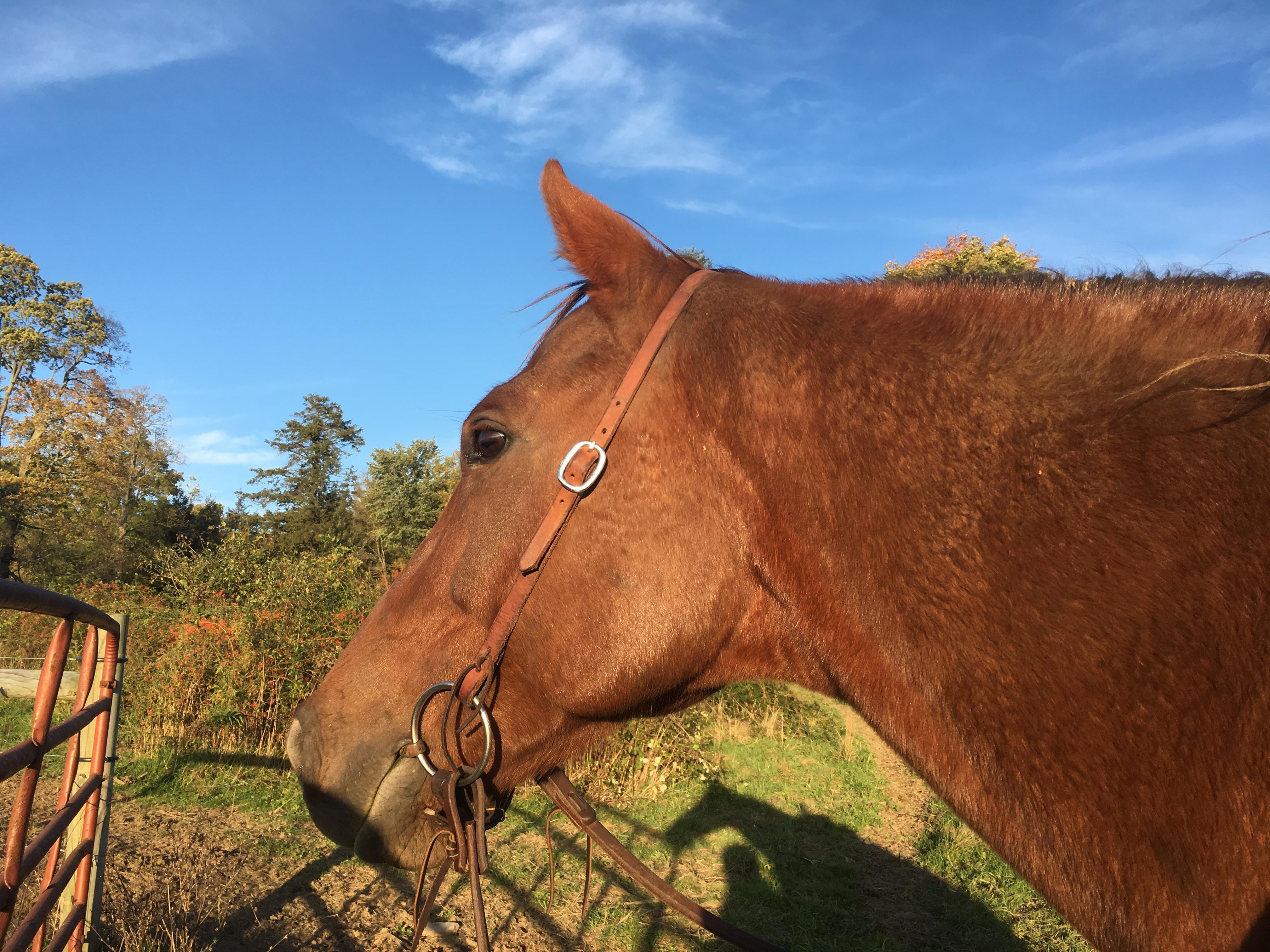 24 hours later, back to normal (if slightly dirty). Photo by Kristen Kovatch

For more information about grass mumps, I recommend the article “Jaw Swelling In Horses: Strangles or Grass Mumps?” from friends of Horse Nation, Kentucky Equine Research.