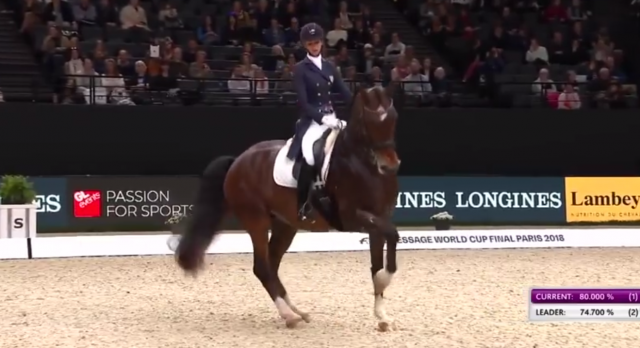 In honor of Laura Graves becoming the new world number one in dressage, we’re rewinding back to her World Cup performance from April with Verdades, in which the pair broke the 80% mark!

Three cheers for Laura Graves! The dressage athlete was just named the world number one in the FEI rankings. This makes her the first American rider to ever hold the distinction; the ranking was earned based on her double silver medal performance with her horse Verdades at last month’s World Equestrian Games.

In honor of the combination’s new title, we’re honoring Graves and Verdades as our Performance of the Week: here are highlights from their FEI World Cup performance in April in Paris, in which they broke the 80% mark for the first time.