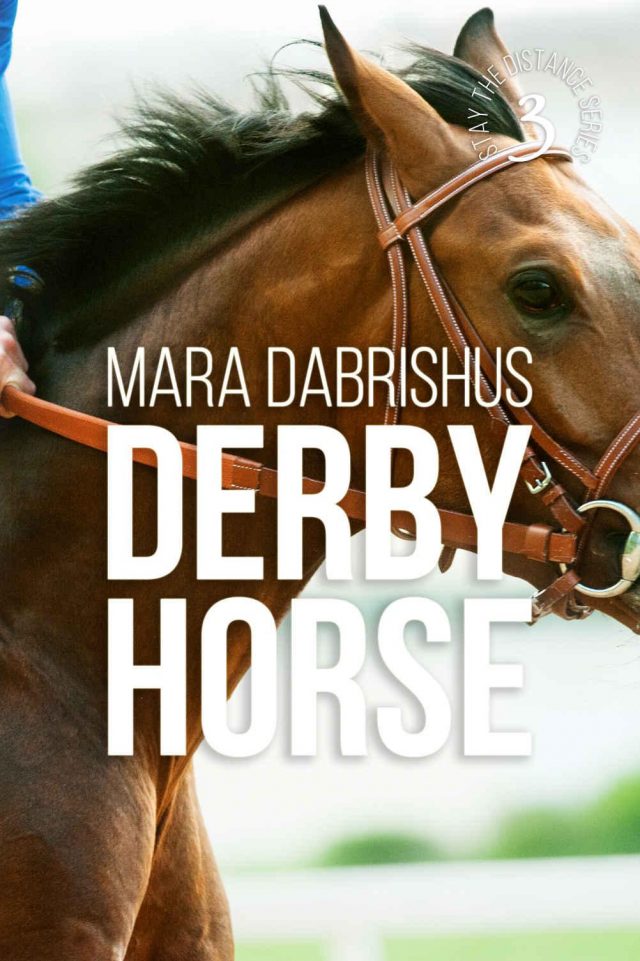 Third in the ‘Stay the Distance’ series by Mara Dabrishus. 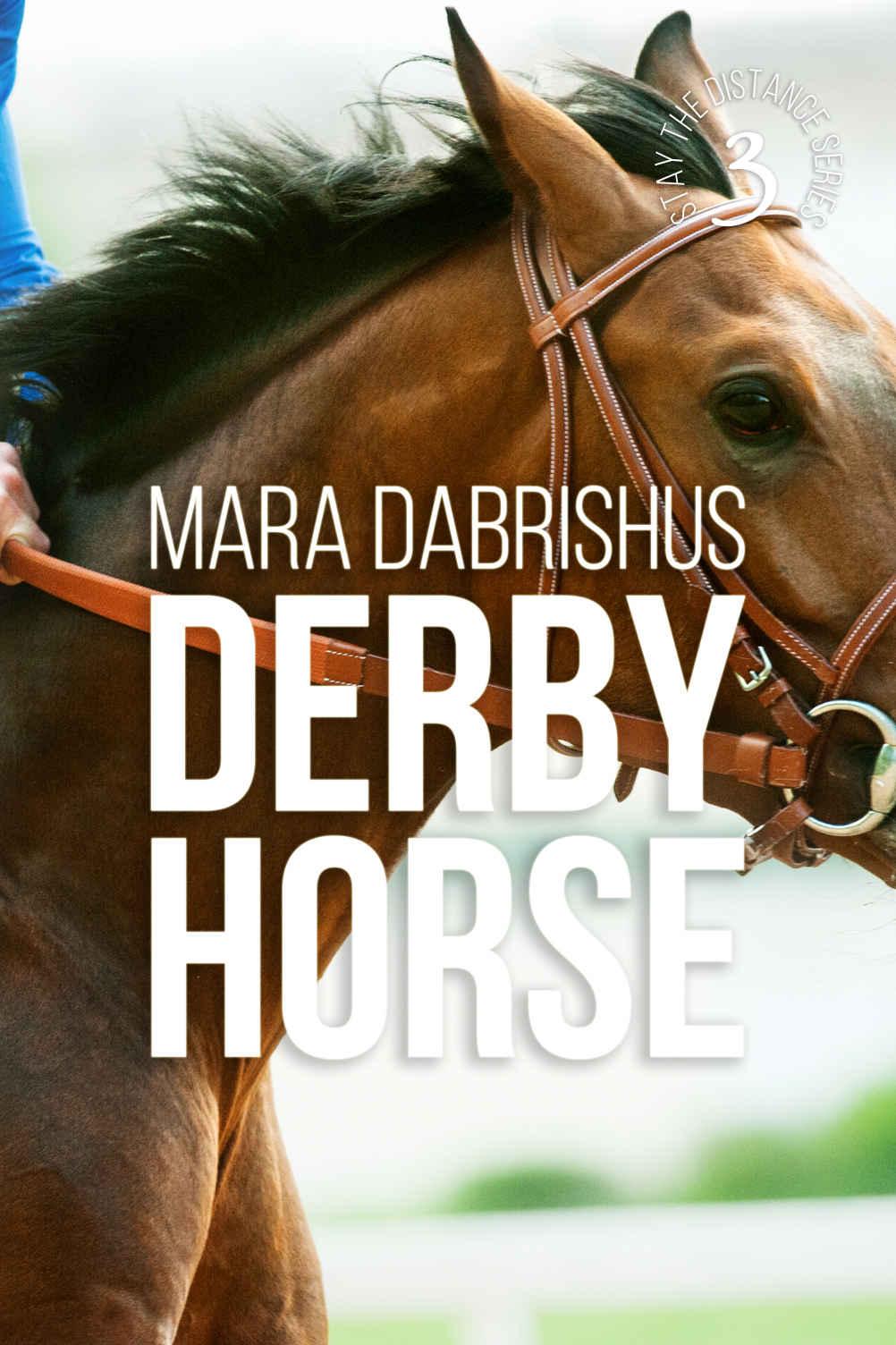 If July Carter already had a complicated life in All Heart — juggling working her new OTTB Kali with her job duties breezing horses as a de facto assistant trainer for her father, plus actual life responsibilities like her relationship with her boyfriend Beck and rebuilding her relationship with her once-estranged mother (oh, and Beck owns the barn’s Derby prospect Lighter, who is ridden by July’s mother) — it somehow ramps up even more in Derby Horse, yet without ever feeling too contrived to be believed. As horse people well know, we lead a crazy life, and that’s exactly how July’s story pans out.

In Derby Horse, July is attempting to have it all: riding Kali and immersing herself in a rigorous first semester at Jericho College’s equestrian program, while also still working the track and balancing personal relationships. Nothing goes quite according to plan, from Lighter’s Derby prep races to Kali mastering the basics of dressage while July masters the art of being a good student. Quickly, scheduling conflicts lead to July needing to be in two places at once — whether those places are the saddling paddock simultaneous to Kali’s first horse show, or the ER after a bad spill while she’s supposed to be at Beck’s apartment for a race viewing party. Beck’s suspiciously beautiful friend has been hanging out quite a lot recently too…

As always, Dabrishus handles the equine aspects of her stories with perfect grace — these are truly realistic novels for equestrian readers, lacking either an over-attention to detail to encumber the story or unrealistic scenarios that leave the reader rolling their eyes. Dabrishus captures the voice of a teenager well, even a teenager carrying immense responsibilities.

My favorite thing about Dabrishus’ books is that there’s no “touch turns to gold” factor — Lighter doesn’t win every race (in fact, he fails to fire, as race horses often do). Feather, a new equine character first developed in All Heart, finds her feet yet also runs a realistic race. July makes plenty of mistakes, as does Beck, and July’s parents, and the various cast of characters. I found apprentice jockey Pilar’s storyline particularly compelling as Dabrishus weaves it into July’s narrative. Dabrishus maintains a realistic standard that makes her books even more enjoyable.

In my review of All Heart, the second book in the Stay the Distance series, I stated that Derby Horse was the finale — in fact, the series will be five books long! So there are two more titles to look forward to.