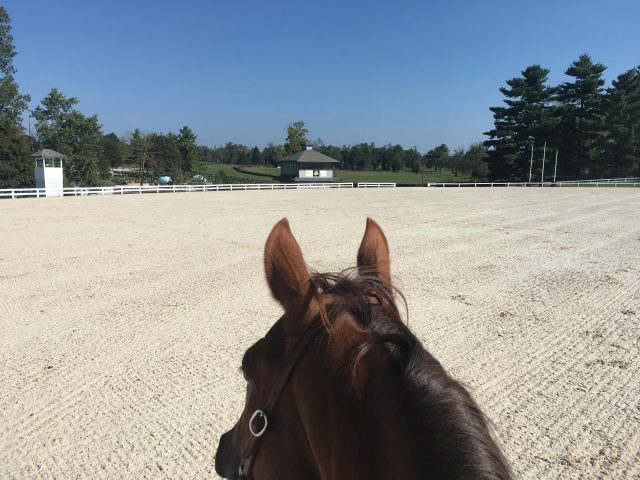 “I couldn’t resist hugging him right then and there: we had made it, after all, and no matter what happened after that moment, we had accomplished my little bucket-list goal — we were here in Kentucky.”

The last time I pulled a true all-nighter was in college, and it was purely for fun, if you can believe that — a couple of friends and I simply wanted to see if we could do it, so we made a pot of coffee and a list of random activities and worked until we had finished both and the sun was coming up.

Frankly, I didn’t know if I still had it in me, and I was starting to get genuinely concerned around the neighborhood of 6 AM this morning. I had cycled through my second and third winds already, vacillating between droopy weariness combated with singing loudly to the radio and coffee drinks, and bright-eyed peppiness and the sensation that I could keep driving all the way across the country. I could see the merit in a midnight pickup time for my gracious drivers Neil and Leslie — we had positively whizzed through the usual highway tangles around Erie, Cleveland and Columbus with barely any other drivers in sight.

But the hours behind the wheel, keeping the brake lights of the trailer in view, had finally begun taking their toll — despite my best intentions of sleeping late on Sunday and maybe taking a nap after dinner before doing a final pack of the car and wrapping Jobber’s legs, I hadn’t slept an extra wink, and I was paying for it now: we were in Kentucky, with the final destination of the Horse Park just a long half hour away, but the Thoroughbred Makeover felt further away than ever.

And then I glanced to the left, towards the east, and saw the gray hint of first light, the sun’s prelude creeping over the edges of the earth and transforming the mist-shrouded stone and black fences of Lexington into a scene of true magic. The iconic Kentucky Horse Park sign loomed. We had arrived after a long journey with many personal ups and downs of spirit… but we were here now. 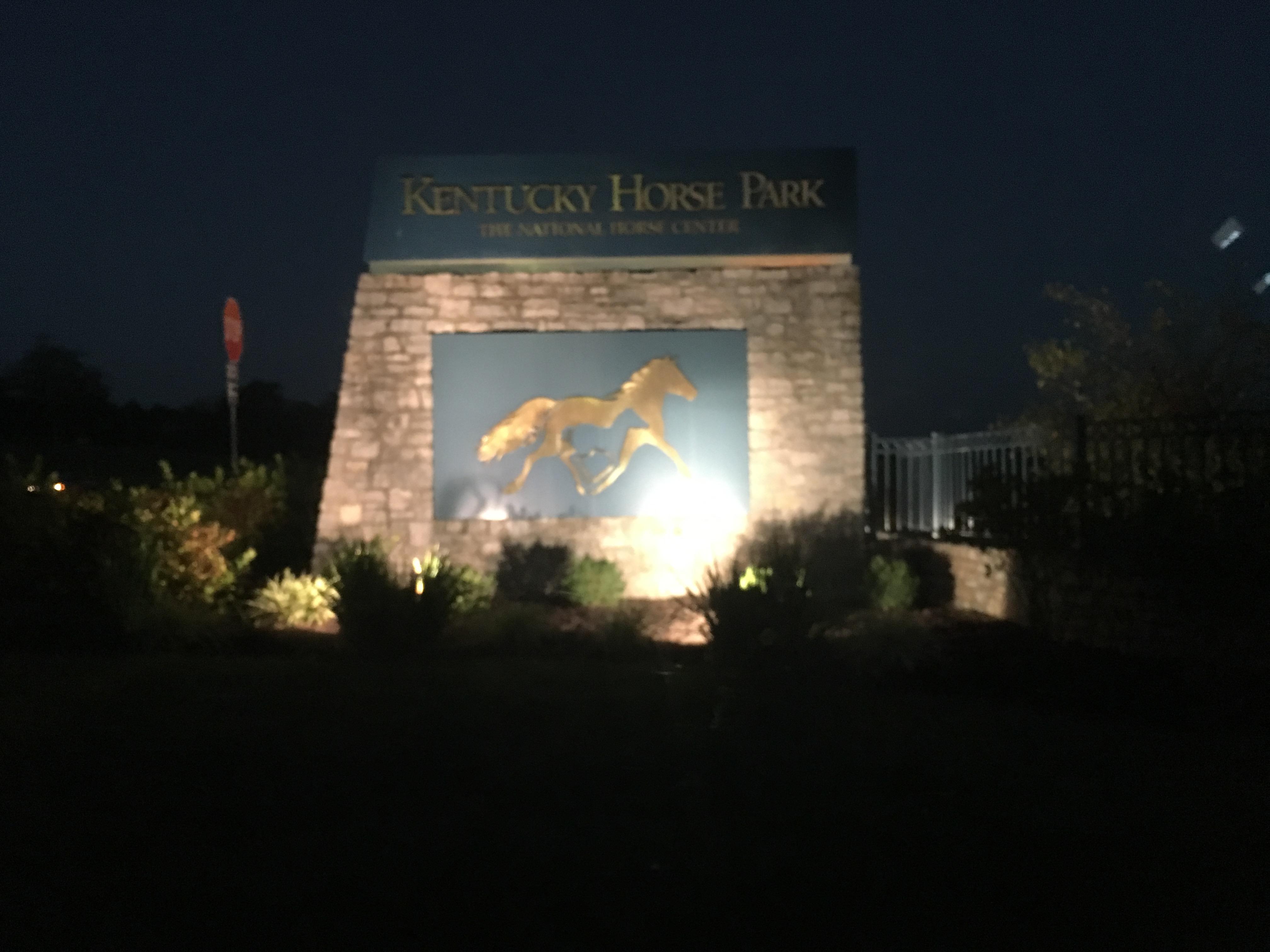 All photos by Kristen Kovatch

Some hours later, any memory of those rougher moments — whether the ones in the car in the true dark night of the soul, or the various road bumps and detours we had taken in the past ten months of our partnership — was erased as Jobber and I picked our way down one of the various horse paths in Kentucky Horse Park. Walnuts trees arched overhead and the sun filtered through as resident horses grazed in paddocks alongside. Jobber’s ears were pricked and he looked at every new sight we passed, but he was brave and confident, drinking in this new and expansive world.

Our ramble took us briefly into the indoor arena, where we’ll show on Thursday and Friday in working ranch and freestyle, before being politely asked to leave so crews could continue transforming the space into what was needed for the Makeover; we then wandered along the paved and graveled tracks before finding ourselves at the edge of the venerable Rolex dressage arena. We wandered back down into the Walnut Ring, where we put in a brief school — while I love my fields and pastures at home, it’s truly lovely to float the rein and let Jobber lope a circle and not have to worry about ditches or rocks or slick cow patties or other unseen hazards grabbing a foot. 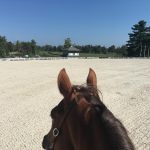 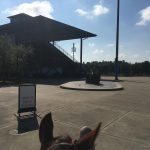 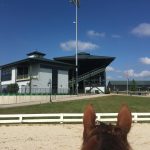 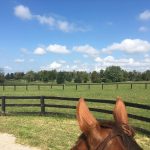 It’s been a long 24 hours for both me and Jobber, but it’s already been a rewarding trip: he made the trip in great condition and wowed some of the volunteers here with his overall body condition. In fact, he looked good enough to model the gorgeous western saddle blankets being given to all western competitors this year — we had a lot of fun “posing” Jobber under some big trees to get the beauty shots, his ears perked and eyes focused on various new things he could see in the distance. I couldn’t resist hugging him right then and there: we had made it, after all, and no matter what happened after that moment, we had accomplished my little bucket-list goal that had been growing in my mind since watching the 2017 Makeover finalists — we were here in Kentucky.

Jobber’s been off the track since October 2016, with most of his 2017 spent turned out in a pasture; he’s only been in serious retraining since December (and if you consider the amount of snow and ice we had in the winter, you could also reason that he’s only been in consistent work since maybe April). While I still maintain that I ultimately got lucky and got exactly the horse I needed for my particular situation, I’m also proud of how far we’ve come — all the way from our humble cow pastures to the country’s premier horse show facility to celebrate with our new friends and fellow OTTB enthusiasts. 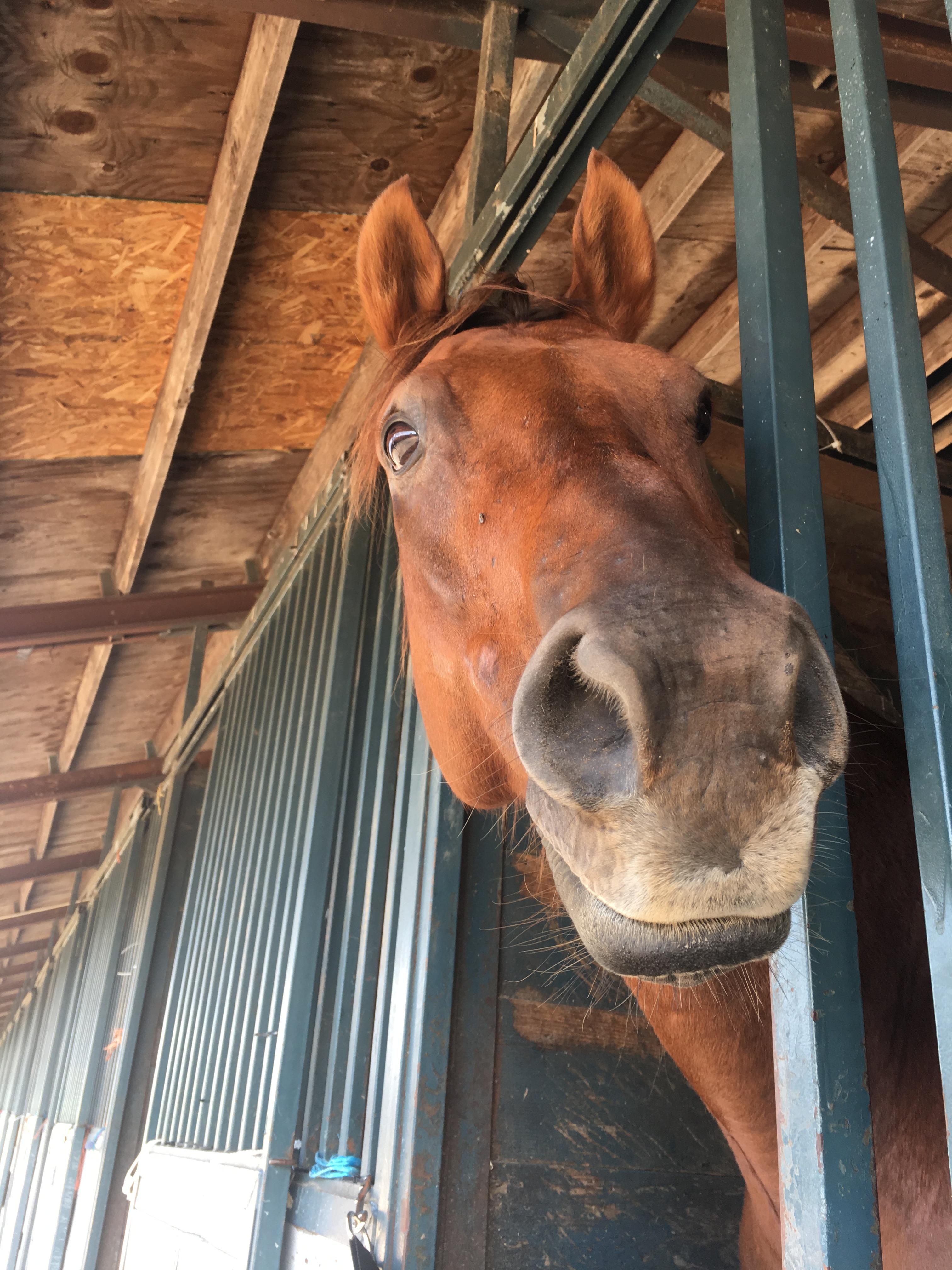