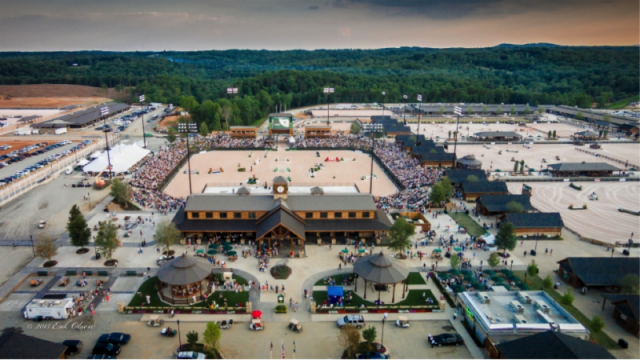 “By its very nature, horse sport always rewards the try, and if we never tried and failed, we would never learn and grow. But another equally important skill to learn is to know when to quit, regroup and come back to try again another day.” 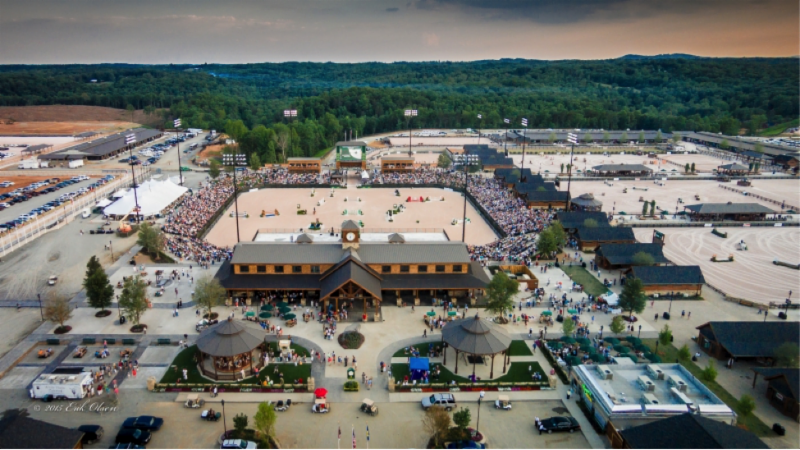 Less than a week after the World Equestrian Games, my life has resumed its normal rhythm again. No more am I chasing down the best of #Tryon2018 on Instagram or scouring the internet for the best stories of the day to present at our near-midnight WEG happy hours; I’m no longer trying to multitask with a live stream window constantly running, distracting me with every cheer or gasp. Yes, the World Equestrian Games have come and gone again, and for this home-based reporter, they were a lot of fun while they lasted and I’m happy to be back to the usual grind.

In the lead-up to WEG and the two weeks during the games, I could log on to social media and divvy my newsfeed into two groups: those who sympathized with the monumental task set before the Tryon International Equestrian Center (TIEC), and those who seemed bound and determined to think the worst of WEG before the games even began. Even now, a week later, I’m still seeing posts of attrition about just how terrible WEG really was. Interestingly, most of these posts are from people who did not attend.

As a full disclaimer, neither did I — Eventing Nation sends its crack team to cover eventing in-depth, but due to the wide-reaching all-disciplines foundation of Horse Nation, the logistics of sending even a small army of reporters to try to cover the juggernaut of eight disciplines’ world championships over two weeks would blow any semblance of a travel budget right out of the water.

That said, I feel that there is plenty to be learned in the aftermath of WEG from the home perspective.

The Tryon WEG seemed to be plagued by bad luck and bad press right from the start: as a refresher, the facility stepped in at nearly the eleventh hour when Bromont, Canada backed out as a host in mid-2016. While most host facilities have at least four years to prepare, Tryon would attempt to do the near-impossible in just 18 months, including not only barn space and competition space for eight disciplines with riders from all over the world, but the infrastructure to support those horses, riders, teams, support staff, media, vendors and spectators that make the World Equestrian Games what it is.

Bad weather slowed construction to a crawl; on a timeline in which every minute was precious, it became obvious months ahead of time that the Tryon International Equestrian Center (TIEC) would be cutting it very, very close.

In the end, the equine accommodations and competition spaces were finished and ready to welcome the world. The rest of the facility? As of September 12, when our team from Eventing Nation was on site, there was still plenty of construction left to complete. Even as WEG continued, so did construction — parking areas in particular were improved overnight. Regardless, a red-dirt bare cliff face topped by large machinery loomed in the background of many a shot from the live feed, and the mud seemed to be everywhere.

The dates for the 2018 WEG were pushed back about a month, based on two studies commissioned by the FEI to look at the best weather from an equine welfare standpoint. Despite these studies, North Carolina was plagued with high heat and humidity, and right off the bat the weather began taking its toll. The ill-fated endurance race on the first day of competition will likely go down in FEI history as one of the most gut-wrenching fiascos of all time: after already being restarted and shortened after half of the field was misdirected on course, the endurance race was ultimately cancelled when over 50 horses wound up in the clinic with metabolic issues. You can find a more detailed account on the endurance race here.

Hurricane Florence certainly left her mark on the Games as well — wreaking havoc and destruction across the Southeast, the arrival of Florence and her heavy rains caused events scheduled for Sunday, September 16 to be pushed back to Monday, September 17. With a tight travel schedule that could not be modified for the dressage horses, the Freestyle event was ultimately canceled. Flooding around the facility was reportedly minor.

TIEC also came under fire on social media when a photo began circulating of what appeared to be a barracks-style tent with spartan bunks and little privacy, accompanied by the caption that this was the TIEC-provided accommodations for grooms. Mark Bellissimo, CEO of TIEC, issued a personal statement in apology, stating that he was “too optimistic” about being able to answer demand.

It was the half-finished feel of the place that drove show jumping legend Eric Lamaze of Canada to air his grievances on Facebook:

Now, in defense of Tryon: the facility had 18 months to do what other WEG hosts have done in at least four years. Šamorín Equestrian Center in Slovakia had also put in a bid in 2016 to be the substitute host when Bromont backed out, but the strength of Tryon’s resume and the allure of Bellissimo’s experience and resources ultimately won TIEC the bid. Most Tryon sympathizers point to conditions outside of TIEC’s control for delaying construction.

I spoke with a few actual spectators who attended the event to find their impressions — was it a giant mud-filled disaster with construction materials piled everywhere?

So Tryon may not have been a total disaster.

But perhaps the biggest take-away question from the past month should be: is it better to make the attempt and fail, or to never attempt at all? I admire what TIEC tried to do in the name of equestrian solidarity and celebration of our sport on the international stage. But was it too ambitious to try to get it all done on such a shortened timeline?

Would the equestrian world have been better served by having no World Equestrian Games at all and waiting for a future WEG to be held when Tryon was ready for it? Or is a half-finished facility doing its very best with the hand it’s been dealt for a world championships better than nothing?

These are questions to which I don’t have the answer. By its very nature, horse sport always rewards the try, and if we never tried and failed, we would never learn and grow towards that elusive quality of perfection. But another equally important skill to learn is to know when to quit, regroup and come back to try again another day.