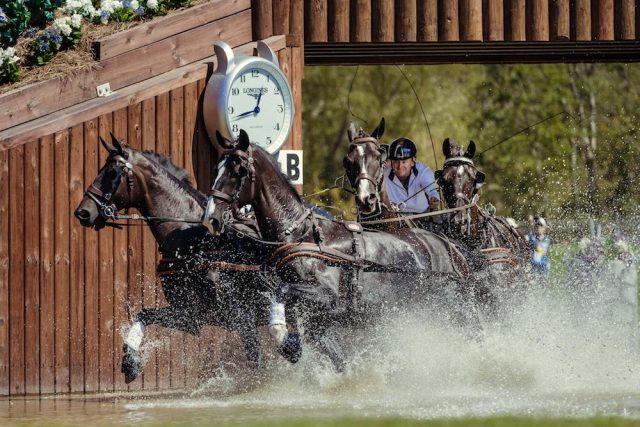 This is a masterclass performance from the World Equestrian Games worth revisiting: watch highlights from all three phases of Australian driver Boyd Exell’s gold-medal performance! 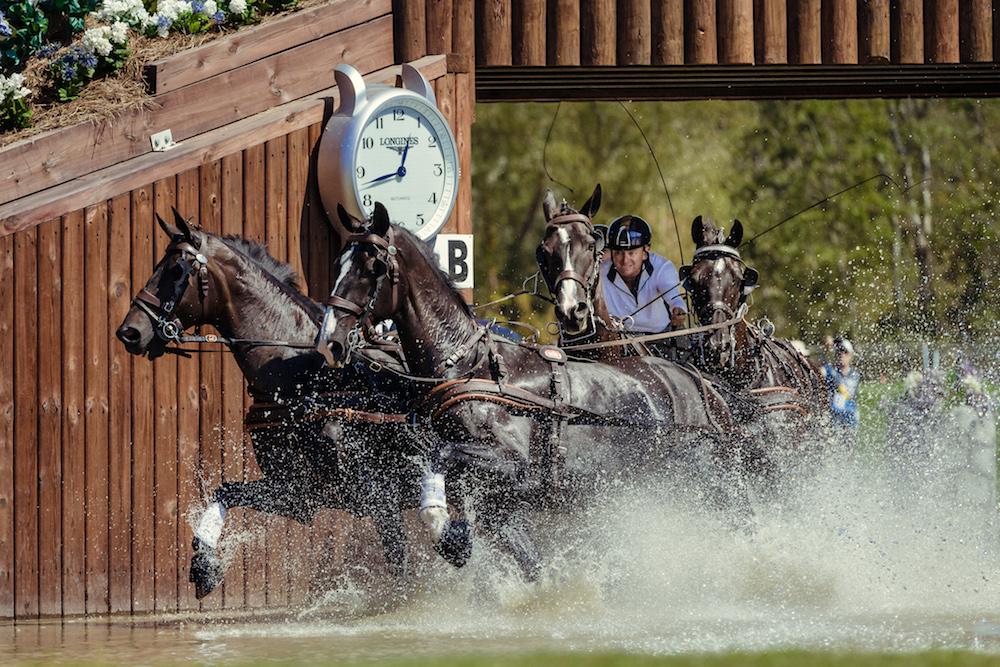 The name “Boyd Exell” is almost synonymous with FEI driving: the man has won more titles, both indoor and in combined driving, than anyone could count and his driving abilities seem almost preternatural as he communicates with his team of athletic horses on course.

This native of Australia earned yet another individual world championship this past weekend in Tryon, North Carolina at the 2018 World Equestrian Games. Despite having an injured right leg still in the healing process — he fractured a bone seven weeks ago — Exell still set the barn high in all three phases; anyone who has ever driven a team before understands that despite how it may appear, the driver certainly doesn’t “just sit there” and tackling this extreme sport with an injury is quite the feat.

On the first day of competition, Exell’s beautiful driven dressage put him right at the top of the leaderboard:

On the second day of competition, Exell discovered that his brakes were not functioning on his marathon carriage. If the phrase “no brakes” strikes fear into your heart as well as mine, you can see the obvious problems this could cause… but world champions don’t get there by accident, and Exell drove on, navigating the complex obstacles and long course accordingly, finishing third in the marathon and still holding on to the overall lead over USA’s formidable Chester Weber.

Back in the formal carriage for cones day, Exell’s smooth handling of the course belied its challenging nature: while it may have looked like a casual Sunday drive, this course was a true test, and Exell’s fault-free round with just minor time penalties clinched his fifth world championship title.

That, ladies and gentlemen, is how it’s done!