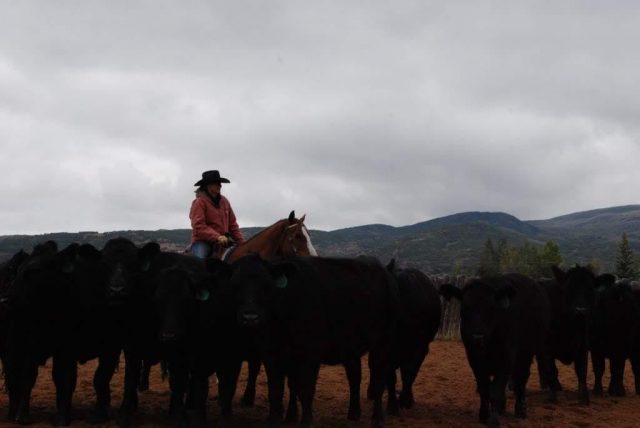 Don’t let them see your fear. 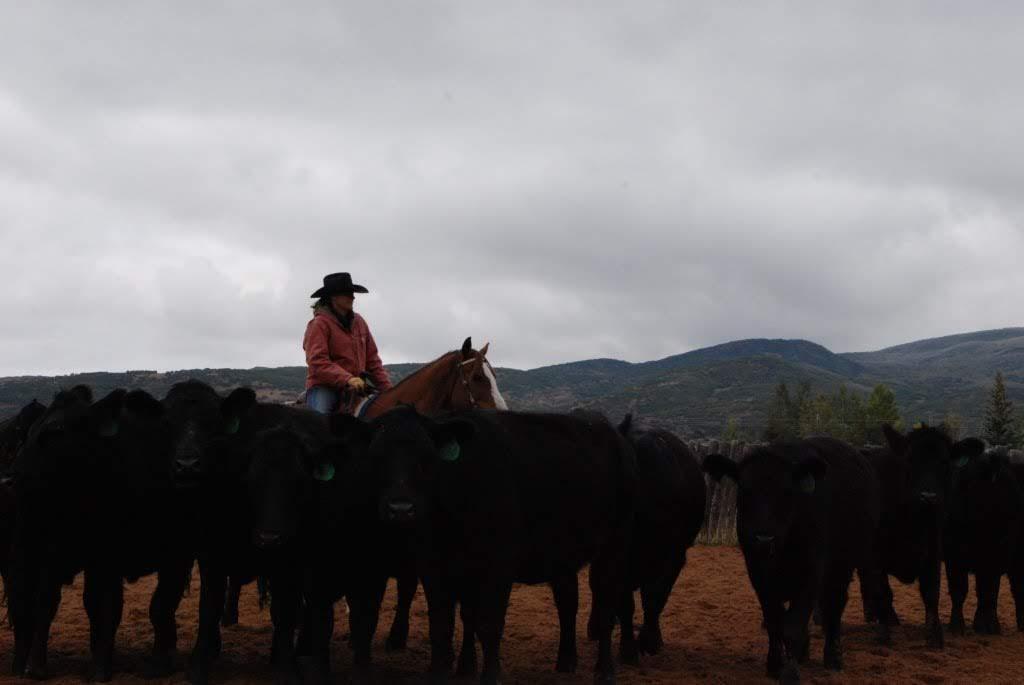 All photos courtesy of Pam Preib

I feel the need to begin my story by admitting that I undoubtedly suffer from a moderate case of anxiety disorder. I tend to worry incessantly about what others would perceive as mundane things, constantly battling the “what-if” thoughts exploding in my brain. Riding horses sets me apart and makes me feel like a bad-ass, which I don’t get to experience often.

During the week I do my best to fit in with my neighbors in my ski resort town, but come Saturday morning, I transform myself into a cowgirl wannabe, donning my boots, spurs and cowgirl hat and head to my barn. Once there, I join up with a group of extraordinary friends to ride and pursue my horse related passion-which currently involves cows, plus one ornery bull I call 500 E, as that is what is branded in permanent color across his muscled backside. 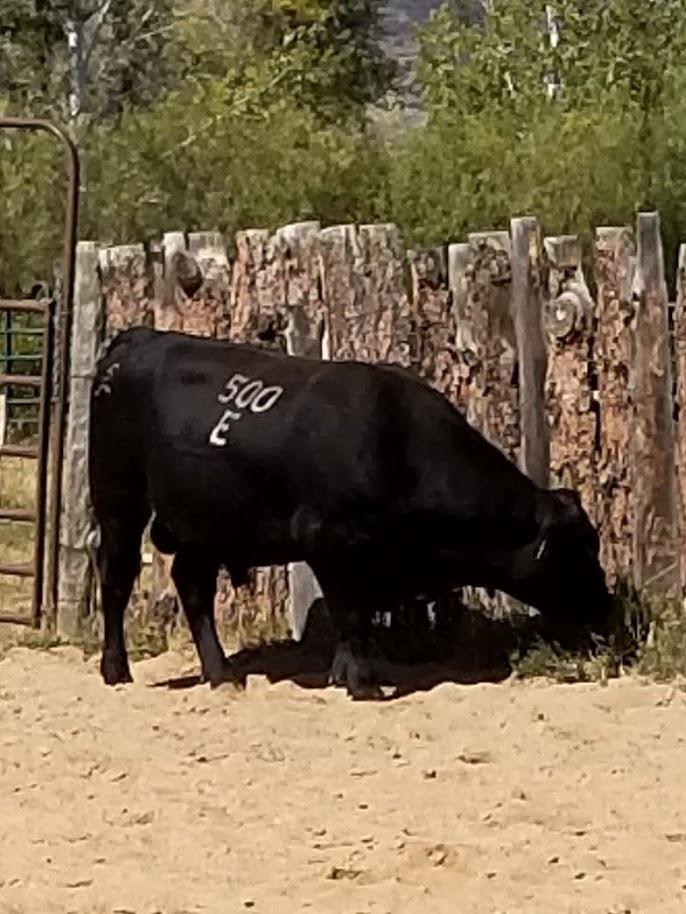 I initially met 500 E last summer while he was still a scrawny looking youth. He arrived at the barn with the usual small herd who spend their lazy days grazing, and a few hours a weekend allowing a us to take part in cutting practice. Many horse folks compete in cutting, but my friends and I just do it for fun. I consider it my free therapy.

We all look forward to the return of the cows in spring, and this summer was no different. The cows returned in June-and with that 500 E, who I immediately noticed had put on a few pounds. He looked quite ominous as he stared at me through the fence. My fear antennae went up and I immediately started my avoidance practice.

As the summer went on, the bull appeared to be increasingly bold in personality. I tried my best to ignore him and used my friends as a buffer when I could, keeping my distance and staying clear of what I was certain was my nemesis during roundups.

On this particular Saturday I arrived at the barn bright and early, only to find my horse Rio favoring his front left foot. I opted to be an observer rather than a participant and with careful consideration, made my way out to the viewing platform before the cows and 500 E were rounded up.

I noted that the big guy was in a particularly foul mood that day, refusing to follow the cows into the holding pen. At this point, breeding season had passed, as had his interest in the ladies. His less than subservient behavior was rewarded by leaving him outside the pen to graze, while the cows obediently filed through the proper gate.

My friends carried on with their practice while I watched from my platform located safely off the ground away from 500 E. After the horses tired, and the cows turned lazy and dull, refusing to engage in our game any longer, the group on horseback gathered them up and headed out. The cows moved along without argument, and the bull lackadaisically followed.

Once I sensed I was clear, I stepped down off the platform and headed back across the field, still lingering behind the herd, maintaining as close a distance to the fence line as possible just in case I needed a quick escape. I quickly proceeded across the field.

As I progressed towards my exit, I couldn’t keep myself from watching the bull and noticed he had stopped and was pawing the ground yet again in protest of being bossed around by the cowboys, and not following his herd through the gate to the next pasture. A surge of panic started washing through me. I then paused mid stride to watch what would unfold next.

Out of nowhere, his focus turned towards me, as he swung his seemingly massive head around. Simultaneously my heart started to race. Our eyes were locked. “Oops!” I had broken the no eye contact rule and allowed him to sense my fear. Before I knew it 500 E did a one-eighty and was trotting toward me. I didn’t wait to see if he was going to pick up the pace.

I turned and took off running for the fence, cursing loudly. Cowboy Skip, now my personal hero, heard me and instantly acted, placing himself and his horse between 500 E and me. I stood trembling still prepared to climb barbed wire if need be, but Skip calmly got control of the situation, successfully moving 500 E through the pasture gate, while I quickly hustled to the exit gate, back to the safety of my barn, where I slowly quieted my adrenaline shakes.

I’ve gone over that day and my relationship with 500 E several times since. I compare it to the bully in the school yard looking for the timid child to toy with. If I hadn’t shown him my fear, would he have picked on me? Time, perseverance and years of therapy have strengthened me, but that bull brought it to the surface again, and I fell right back into my old “what if” way of thinking, where I pictured the worst-case scenario, fueling my fear like the flames of a forest fire.

I had never made the connection between anxiety and how others might perceive me until that day in the field with that bull. He saw my fear as a perfect opportunity to throw his weight around. I’ve made a lot of progress with my anxiety, but I apparently failed to fool 500 E. Perhaps if I remember to apply the tactics I’ve learned along the way to conquer my fear of riding, I can blend in a bit better and avoid being bullied by the bull in the summers ahead. 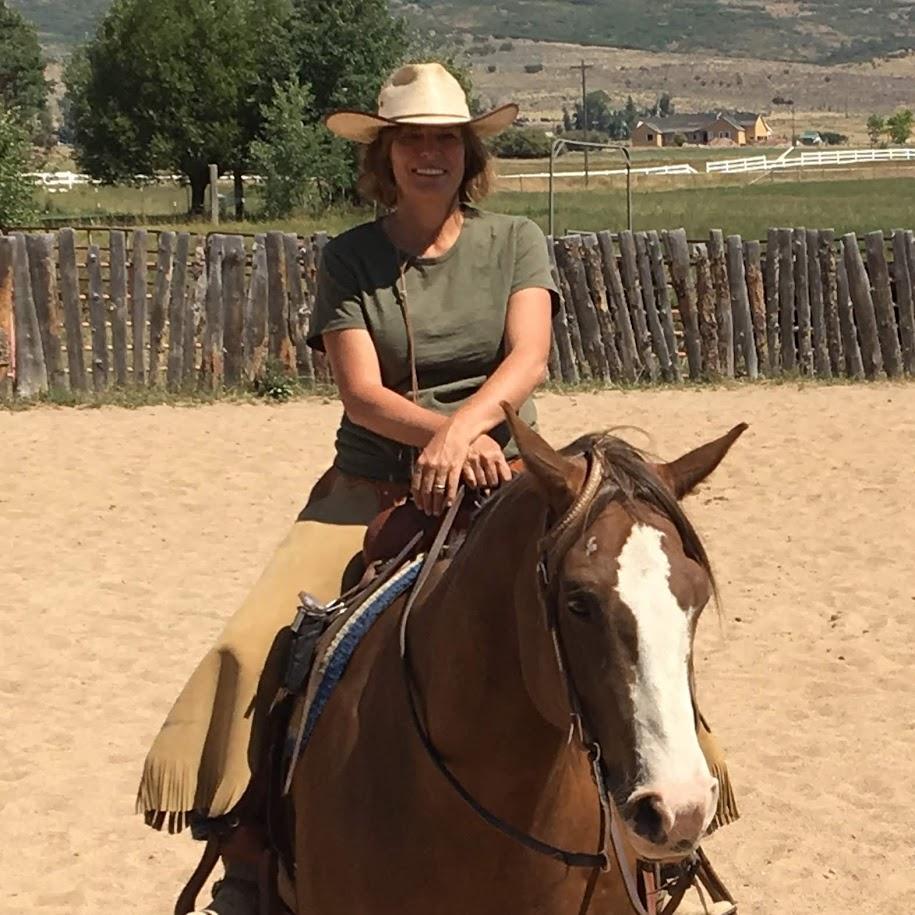 Pam Preib is a western rider who enjoys her time on horseback around the mountains of the Wasatch Back of Utah and loves to share her experience with others. She utilizes her passion for riding and writing to reach out to others who may share her struggles with anxiety, and how she uses her time around horses to conquer her fears.