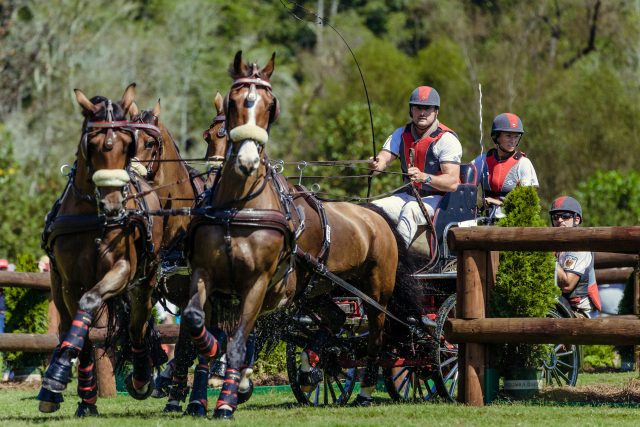 The USA holds on to the combined driving lead, while para-dressage and vaulting conclude for their World Equestrian Games run. Catch up on the pint-sized recap of the day’s events! 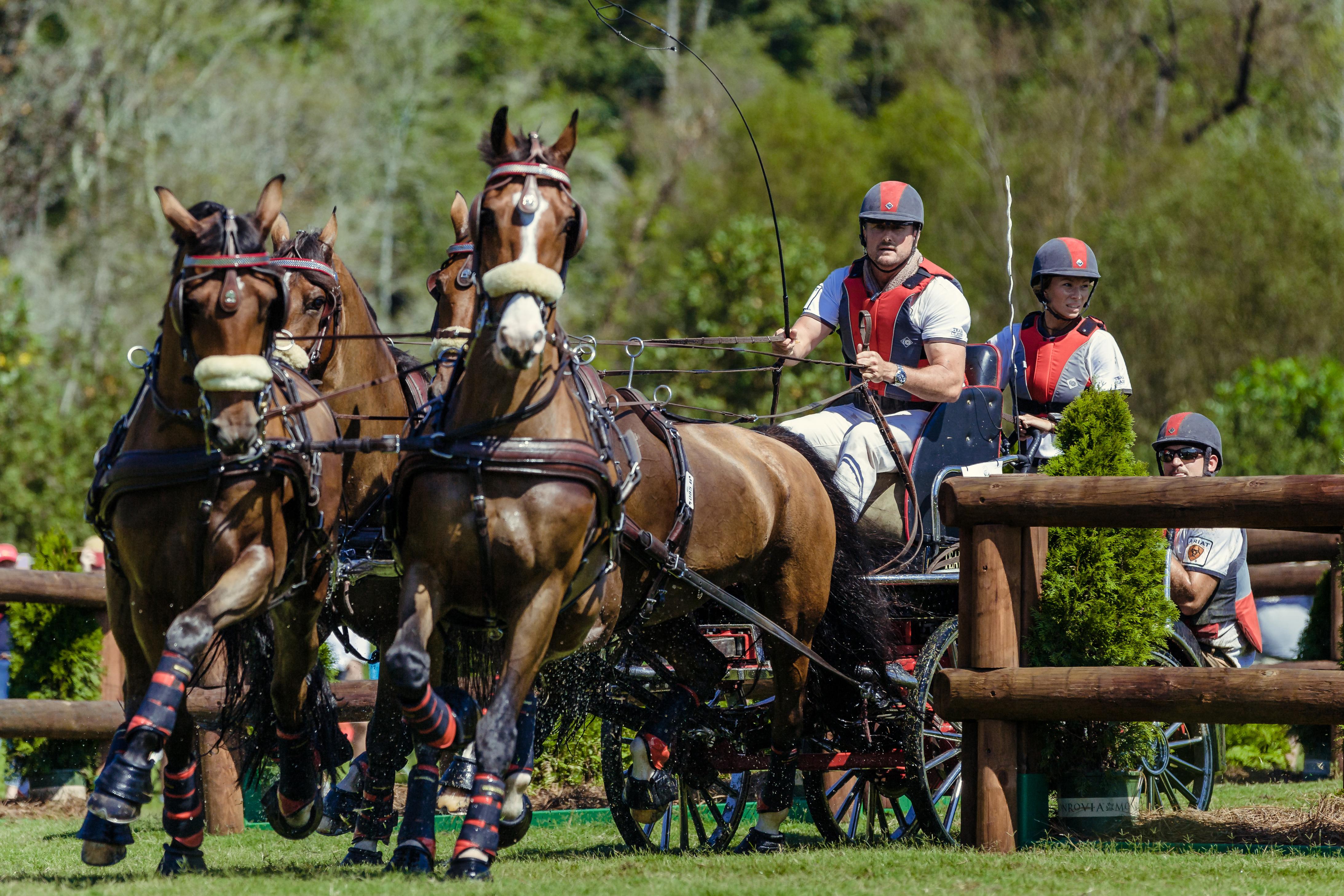 Clutch performances from the US drivers (plus, frankly, aided by major errors from the Dutch) has put the host country into the lead in the team standings for combined driving. In second place individually, USA’s Chester Weber described the “turtle race” strategy that ensured all of the team drivers had enough horsepower left to finish the marathon strong. Individual leader Boyd Exell of Australia took third in the marathon but still leads overall — even more impressive since he had no brakes on his carriage! [U.S. Upsets The Dutch On Marathon Day Of WEG Driving]

Great Britain’s Sophie Wells took her second individual gold of the WEG, earning the win in the grade V freestyle with a WEG record of 80.755%. “He’s come out this week and given me everything,” said Wells of her mount C Fatal Attraction. The bond between horse and rider appears to be particularly strong in the para-dressage, with riders always sure to credit their horses’ performances. Other winners included Sanne Voets in grade IV, Rixt van der Horst in grade III, Stinna Tange Kaastrup in grade II and Sara Morganti in Grade I. [‘He’s given me everything’: Sophie Wells set another WEG record for freestyle gold]

Vaulting concluded today with Germany taking team gold. The third day of medals in vaulting awarded individual men’s and women’s divisions, plus the team. Check out unique photos of the real airs above the ground here! [Germany Takes Vaulting Gold]

There’s only one day of WEG competition left — and not only are the horses and riders going home, but everyone who’s worked the event including the media. Pippa Roome of Horse & Hound shares the unique and time-stands-still experience that is covering a major event in a foreign country far from home. [Pippa Roome’s WEG blog: So it’s home tomorrow — and I’m going to miss this]