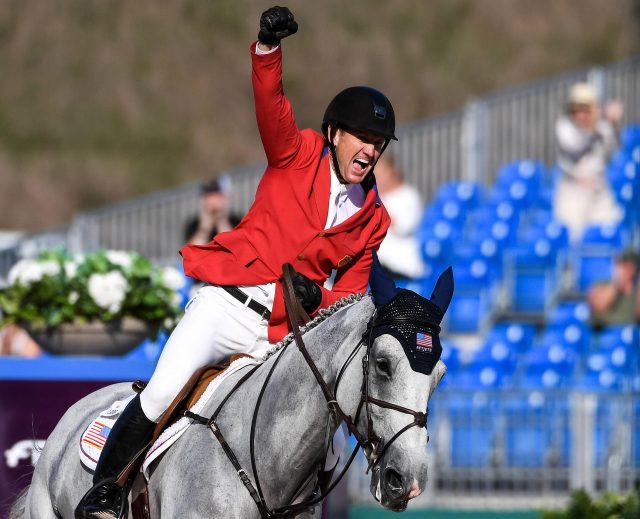 True story: my non-horsey husband once called McLain Ward “an American treasure.” Especially after today’s exciting conclusion to the team show jumping, he was absolutely right. 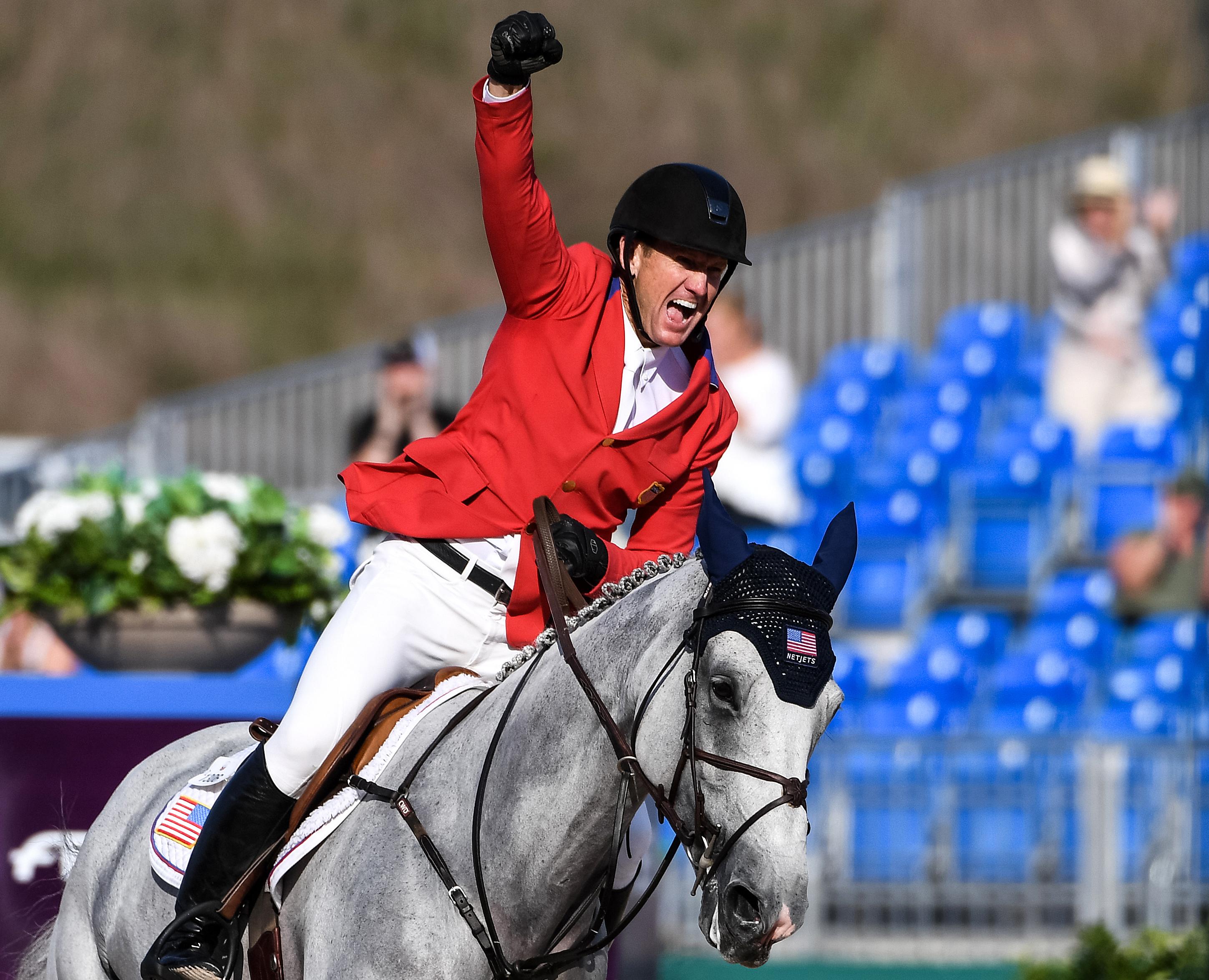 What were the chances that after three rounds of jumping there would be a tie for the gold medal position? In fact, it’s the first time that such a result has occurred at the World Equestrian Games, culminating in a jump-off for gold. The jump-off itself was so close that it literally came down to the final round — and McLain Ward and the stunning Clinta delivered. Catch the full recap, and watch the winning round, complete with thunderous roar from the thrilled home crowd. [U.S. Show Jumping Team Takes WEG Gold On Home Turf]

Turn up your volume for this one. It’s well worth it.

Well…we’ll be watching this EPIC moment again and again for a long time. It all came down to the most electrifying jump off we have ever seen at the FEI World Equestrian Games. But when put to the sword, it was Team USA who came through a nail-biting finish and overcame a very strong Swedish team. Huge congratulations to Team USA – that was incredible!? US Equestrian ??? Svenska Ridsportförbundet – Officiell sida ??? Deutsche Reiterliche Vereinigung e.V. (FN) / ??

History was also made in Para-Dressage, in which the Netherlands became the first team to dethrone the British since the sport’s recognition. It came down to less than one percentage point, and the Dutch edged out the reigning Brits with consistent performances across the board. Para-dressage competition concludes tomorrow with the freestyle championship. [The Netherlands ends Great Britain’s unbeaten para dressage run: ‘We will come back stronger’]

The USA has set the bar high on the first day of combined driving, led by the legendary Chester Weber in driven dressage. Weber currently sits second in the individual standings with a score of 35.10, and teammate Misdee Wrigley-Miller is fourth with a 42.00; USA’s James Fairclough held the drop score. This summary article from the FEI does a great job of explaining just why driven dressage is a tougher challenge than it looks: combine the traditional challenge of dressage with the task of pulling a carriage while working in unison with a total of four horses, and driven dressage is in fact not a casual drive in the park! [USA Drive to the Top]

What does it mean to be chef d’equipe? Rob Ehrens of the Netherlands shares his thoughts and his strategies that have helped pilot the Dutch team to the highest highs as well as the lowest lows. From communication to scheduling, Ehrens details how he drew his road map to the WEG in a fascinating look at one of the more critical roles for a world championship team. [It’s Business As Usual: Rob Ehrens Discusses His Role As Show Jumping Chef d’Equipe For The Netherlands]