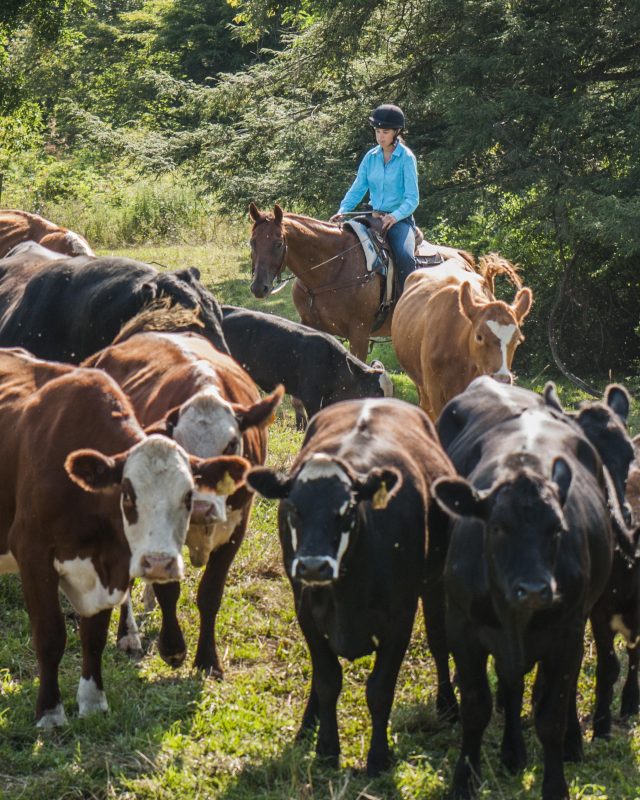 “I had wanted to go so badly, and no matter how much I told myself that this show was just one step on the longer road, I was crushed, watching Jobber hobble around the layup paddock. We had worked so hard, and frankly I had been starting to feel that we deserved to go.” 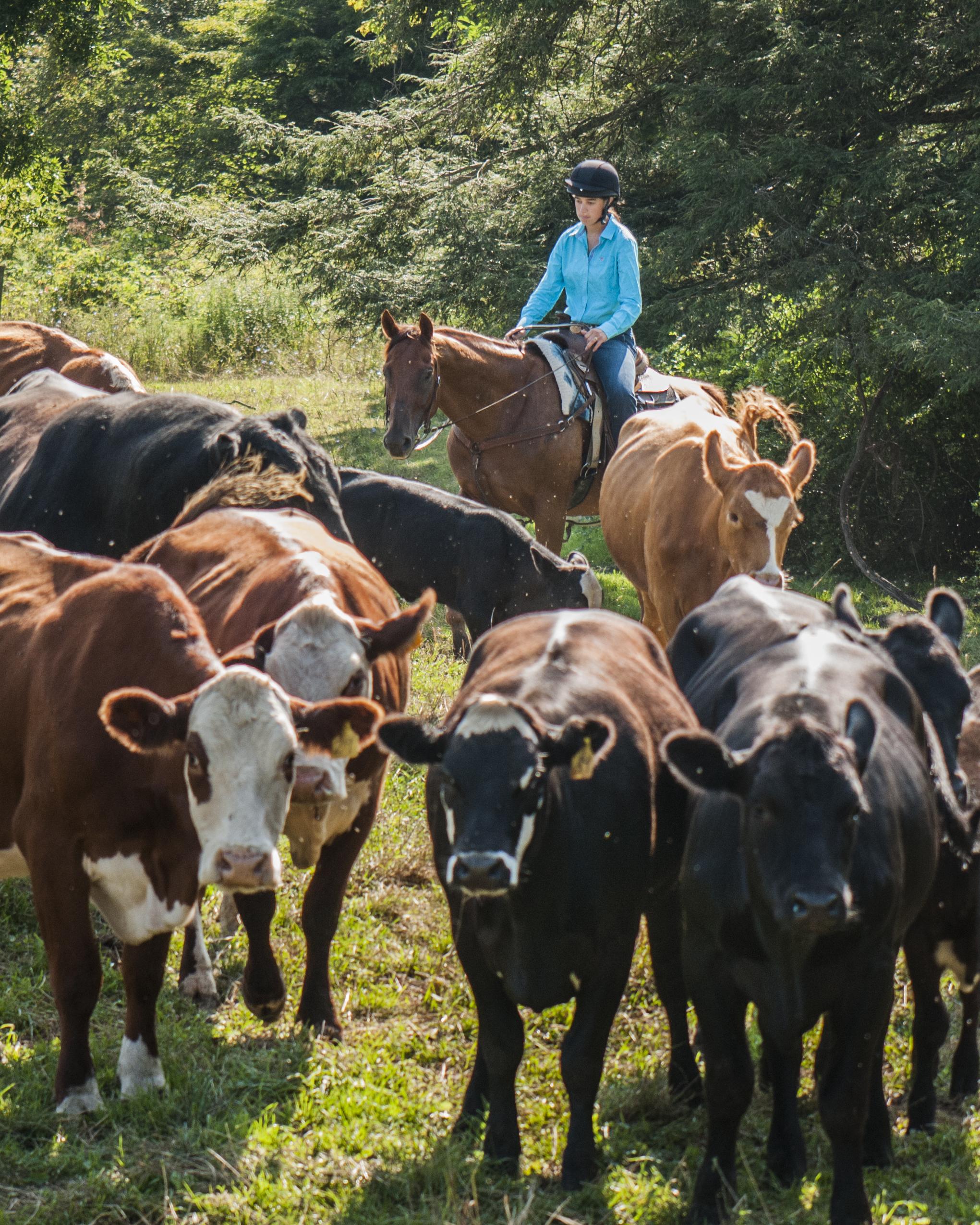 In exactly two weeks, if all goes according to plan, Jobber and I will be walking into the indoor arena at the Kentucky Horse Park to compete in the working ranch division. Two weeks from tomorrow, we’ll be demonstrating our cattle skills in the freestyle.

If you had asked me a few months ago what I would be feeling or thinking at the two-weeks-out mark, I would have expected a mix of excitement, anxiety and sheer panic, the absolute crush of the ticking clock despite my best attempts at ignoring the “deadline” mentality.

And while there’s certainly a blend of excitement and total panic (mostly in regard to the logistics of organizing and packing all of the random detritus one needs for a comfortable and successful horse show), the overwhelming sensation I’m feeling here at the two-weeks-out mark is not anxiety, but relief.

Because, you see, two weeks before this point, I had the sneaking suspicion that this entire Makeover thing was falling apart, destined not to happen at all. With roughly 40 days to go, my horse was lame and all of those ego-driven goals to show the world how great Jobber was suddenly struck me not only as a silly exercise in vanity but very likely not to happen at all.

Making this lameness worse was the fact that our last few rides had been messy, frustrating affairs, in which my best attempts to be chill had lost the battle against my awareness that we had only a few weeks left now until the Makeover and I still wasn’t 100% confident that we were going to get our lope leads the way I wanted to. Surprising no one, I am sure, when you ask a sensitive, light-aided horse to lope when you’re feeling rushed, he knows it, and we had gamboled all over the pasture with Jobber’s head in the air as he struggled to figure out just what it was I wanted. If there’s one good thing I can say about these truly ugly sessions, it’s that I never got mad at Jobber, although I did at one point actually dismount, sit on the ground and bury my head in my hands, feeling far too stupid to get back on and try again. (I did, ultimately, and it actually went fairly well.)

Not a great lasting legacy prior to going lame.

My farrier was positive that all Jobber was suffering from was an unlucky combination of stone bruises: he had been slightly off on the right front, conveniently the day before he was due for a reset anyway. The hoof testers revealed a sensitive area that wasn’t abscessing so Jobber got some time off; when that bruise finally healed up about a week later, I went on a grand total of two rides before confirming that Jobber didn’t feel quite right, again. This time, he was lame on the left front, and another panicked call to the farrier culminated in a second bruise diagnosis. How about that luck.

Yes, we can all remind each other that the Thoroughbred Makeover is a step in the journey, a rung of the ladder, just one small opportunity on the long road of a horse’s second career… but I had wanted this for so long. It wasn’t just a horse show to me, but the whole impetus for starting this OTTB adventure in the first place; it was my triumphant return to the show ring after years off just puttering around the farm. It represented my attempts to “do it right,” giving this Thoroughbred the best foundation possible for a happy, healthy life in which he could serve as an ambassador to his breed. I was so excited not only to meet all the other trainers I had been hanging out with on social media, but to ride and show alongside them and be part of the celebration.

I had wanted to go so badly, and no matter how much I told myself that this show was just one step on the longer road, I was crushed, watching Jobber hobble around the layup paddock. We had worked so hard, and frankly I had been starting to feel that we deserved to go. 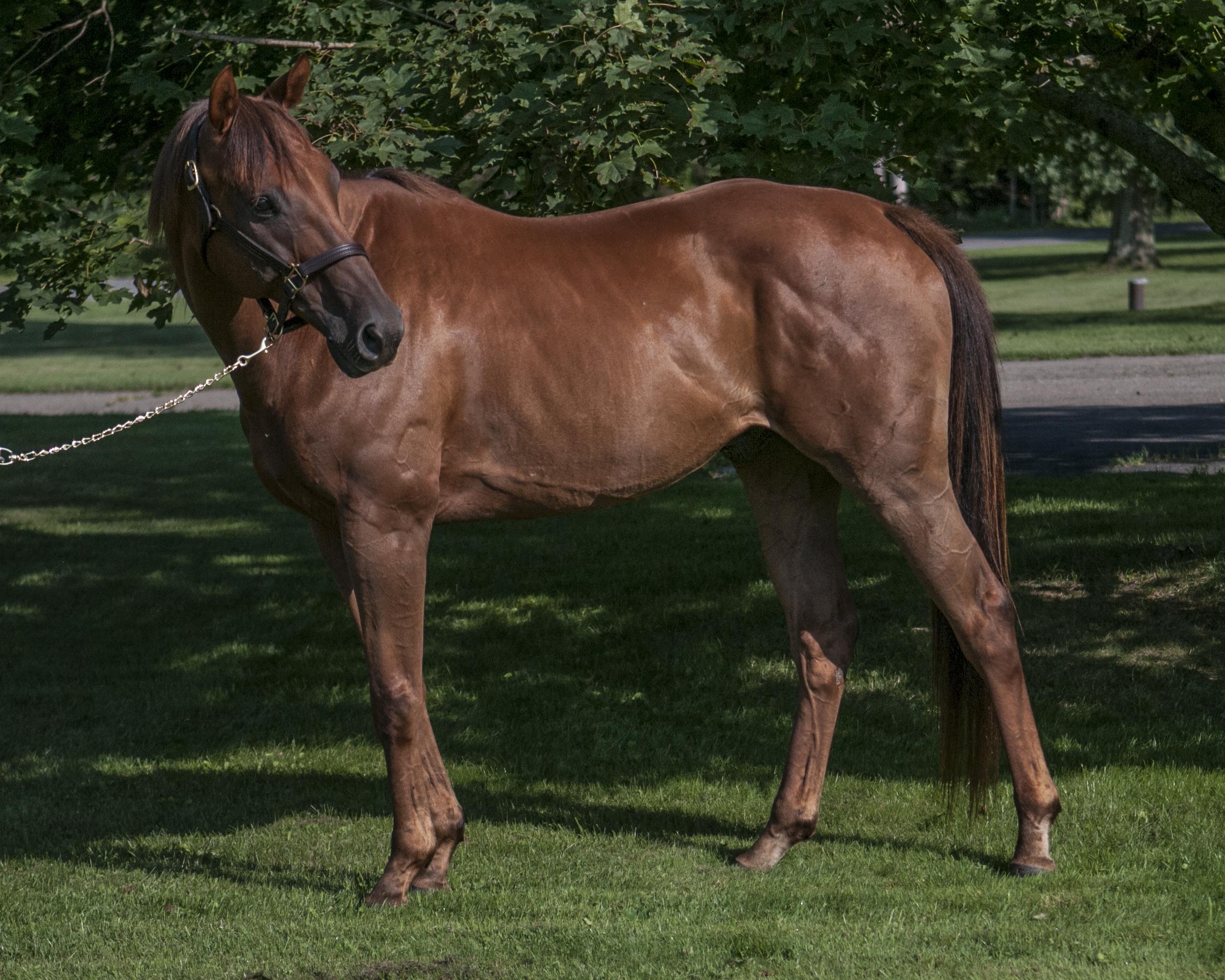 Jobber has filled out and put on a ton of muscle in the past six months. It’s been a lot of work, but so rewarding. Photo by Amelia Maslen

Days turned into weeks, and slowly Jobber improved. My attempts to line up a great lameness from out-of-state sadly fell through — I wanted to be absolutely certain we were working with stone bruises and not some other bigger, scarier problem — but Jobber continued to improve. I watched him like a hawk on the lunge line, and finally one day tentatively saddled him back up for a light ride, followed by another the next day, followed by a more intense ride. Jobber stayed sound. We were back.

And something remarkable had happened as well. In the anxious days spent hovering over Jobber’s sore feet, watching his every move and simply spending time standing next to him, wishing for those carefree days of early summer when we wandered the fields and chased cows, my perspective shifted. Sure, there were only three-ish weeks left until my ride would come to pick Jobber up for Kentucky, but we would be going after all — and that was all that mattered. We won’t be the most polished, show-ready team there, but we’ll be there, celebrating the long journey that brought us there with friends new and old.

Admittedly, there’s still plenty of time for Jobber to bruise his feet again, develop an abscess, rip off his shoes and step on a clip or tweak something running across the pasture. Horses are horses, after all.

But taking that forced pause reminded me what a great horse I have and what an amazing opportunity I have to be part of the Retired Racehorse Project, something much larger than myself and much larger than my partnership with Jobber. The experience has been both massively empowering and humbling, and I wouldn’t change a moment of our journey so far. 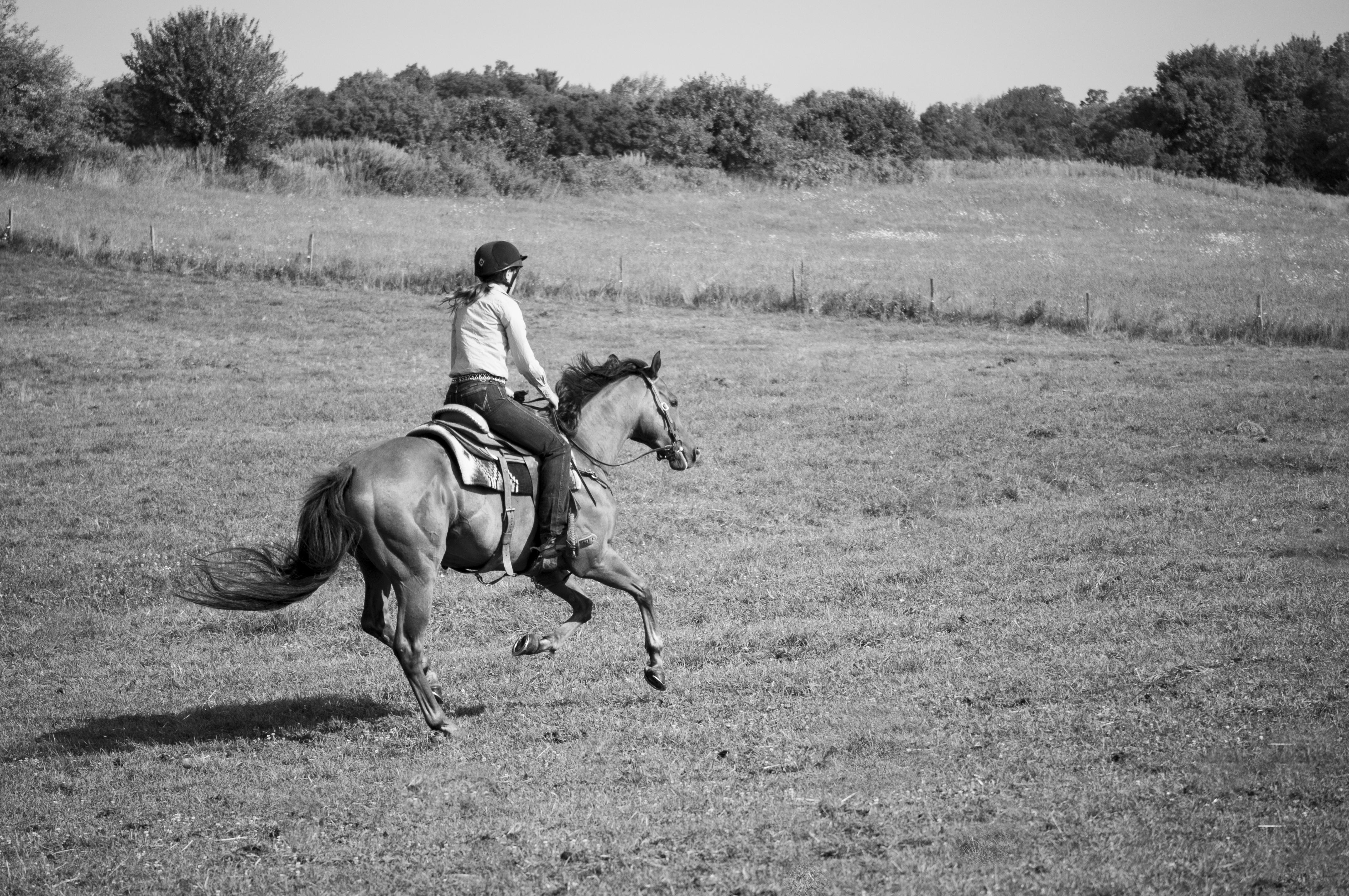 From October 1, when Jobber and I move in to the Kentucky Horse Park, to October 6, I’ll be blogging daily from the Thoroughbred Makeover! Keep an eye out for all of our adventures.

Follow Jobber Bill’s ranch horse adventure at his Facebook page as we prepare for the Retired Racehorse Project’s Thoroughbred Makeover — and life beyond!