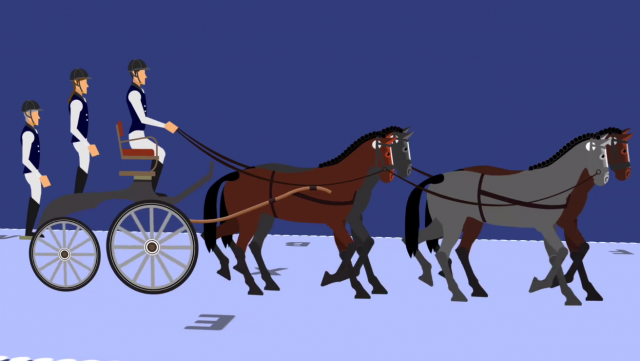 Combined driving will close out the World Equestrian Games as one of the final events this weekend. We’re taking a closer look at the discipline, which combines elegance and precision with grit and speed in a thrilling three-day contest. 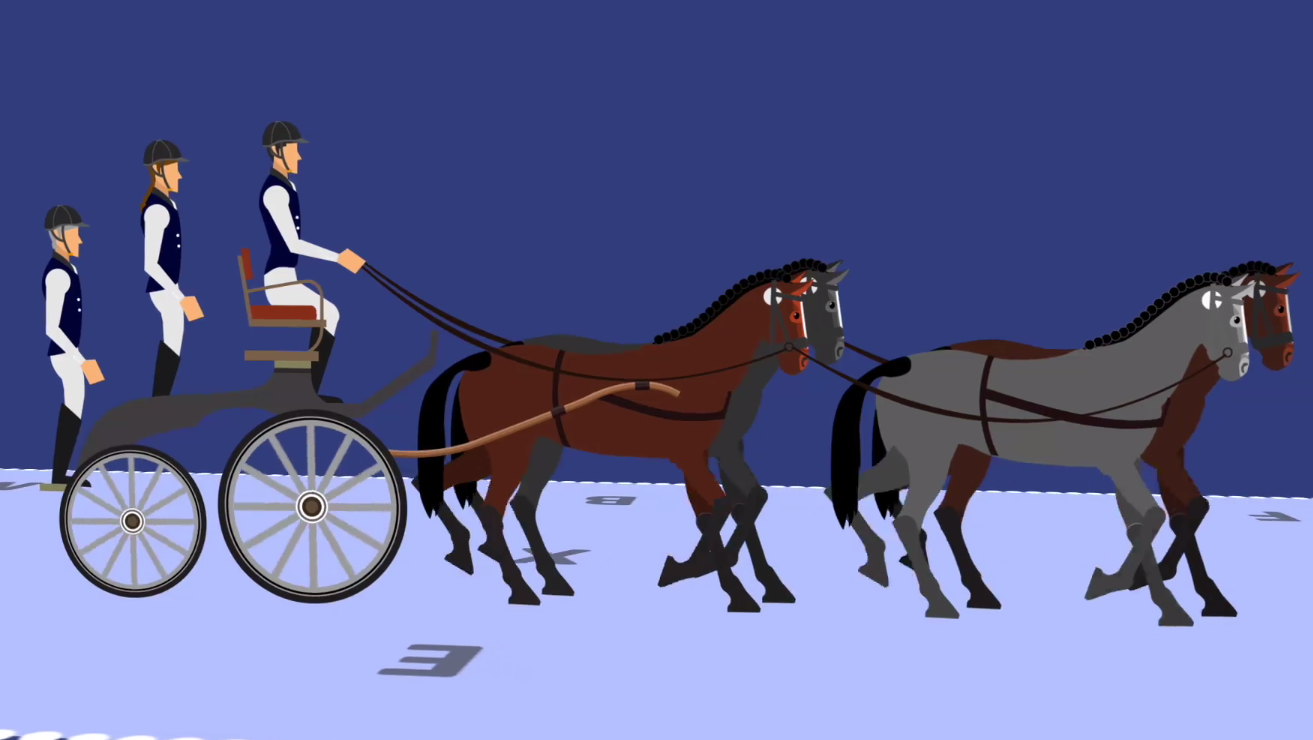 Often compared to eventing, combined driving is a three-phase competition that truly tests its athletes’ abilities — both human and equine! Driving is actually a far older activity than riding, so the FEI’s recognition of driving as a sport is a nod to its rich history and heritage. At the World Equestrian Games, combined driving kicks off on Friday: here are the details you need to know to appreciate this intense discipline.

At the FEI level, combined driving is performed with a four-in-hand — that’s two pairs of horses, including the “lead team” out in front and the “wheel team” following. The four horses draw a four-wheeled carriage and are piloted by the driver. If you thought eventing itself was complex, try tackling it with four horses at once, plus a carriage!

Driven dressage tests a driver and team’s discipline, consistency and ability to work fluidly and in harmony as a cohesive unit. Very similar to a ridden dressage test, competitors drive a prescribed test with set maneuvers performed at designated markers around the arena; the driven arena is 100 x 40 meters. Maneuvers include transitions and figures at various speeds of walk and trot, plus halt; upper level tests often include a portion driven with just one hand.

Driven dressage is also judged on turnout: fine carriages and harness are used, and drivers dress formally — ladies typically wear a dress while gentlemen are turned out to the nines in a top hat. Everyone wears gloves, including the grooms, who are equally well-dressed in complementary shades for the overall turnout.

Marathon is a massive contrast to the finery and formality of driven dressage: comparable to eventing’s cross country, marathon courses go off-road in a test of fitness as well as of the driver’s control at speed. Teams will canter or gallop on stretches between obstacles; the obstacles themselves are a complicated maze of gates around solid obstacles. This is where the navigator and back step come into play: the navigator rides behind the driver and helps guide them through the course; the back step serves as an important counter-weight to help turn the rugged carriage as the horses turn quickly through each obstacle.

Water features and terrain also figure heavily into the marathon phase. If what we saw on last week’s WEG cross-country course is any indicator, drivers and teams are in for a challenge this weekend.

Similar to the jumping final phase of eventing, cones tests a team’s agility after the grueling feat of marathon: set in an arena, teams must navigate a course at speed, traveling between cones topped with a ball. If any balls are knocked off of their cones, a penalty ensues, with the goal being to travel the fastest while going fault-free. Drivers and teams are back in their fine carriages and top turnout for this phase.

This video from the FEI neatly encapsulates the sport and what spectators can expect this weekend:

It's hair-raising, nail-biting and as fast as lightning! ?⚡️FEI Driving is a sport for the daredevils in the equestrian world, but we bet you didn't know all these facts… ?

Overall, combined driving is a thrilling sport that meshes the detail and elegance of fine harness with true athleticism and fitness. The discipline kicks off at the World Equestrian Games on Friday with driven dressage; marathon takes place on Saturday and cones will conclude the competition on Sunday. Keep an eye out for Draper Therapy’s sponsored driver Chester Weber, representing Team USA with his fabulous four-in-hand.