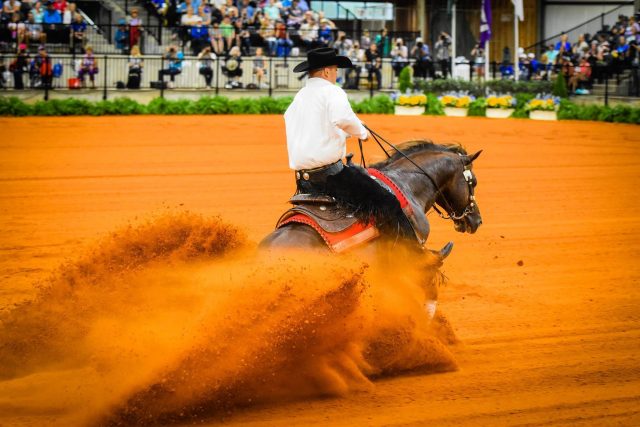 For the first time in WEG reining history, a European — Bernard Fonck of Belgium — took individual gold, while eventers battled the elements and a challenging course on cross country day. Get the pint-sized recap of the day’s events here! 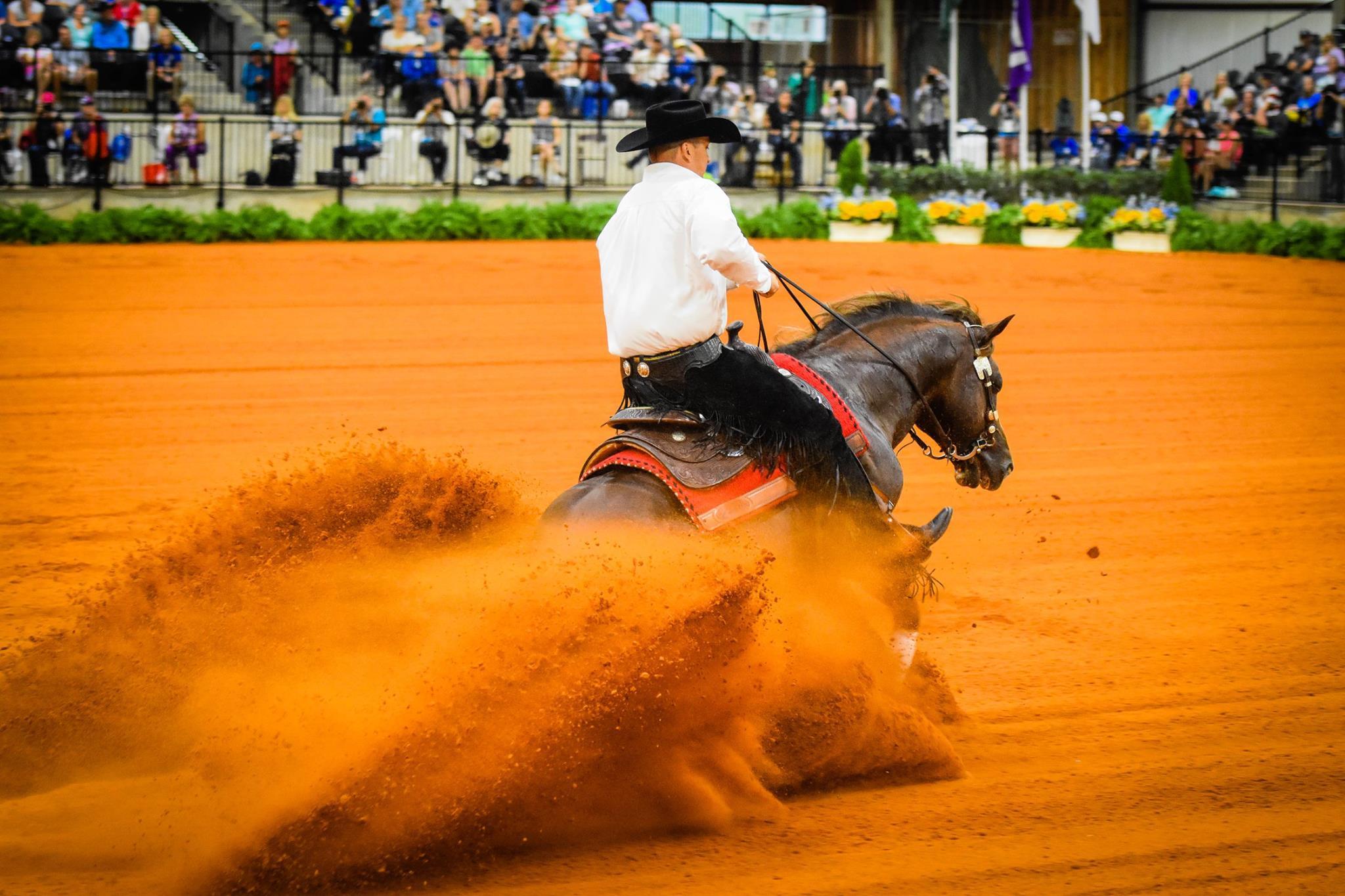 Bernard Fonck and What a Wave. Photo Tryon2018

Despite the arrival of Florence at last, both eventing cross country and the individual reining finals were able to take place to completion — cross country on an accelerated time table and reining moved up by a few hours in an attempt to get ahead of the worst of the predicted weather.

All events scheduled for Sunday have been canceled or rescheduled and the media center at Tryon International Equestrian Center is closed until Monday morning as the storm moves into the area.

Unfortunately, the Helgstrand Dressage Freestyle has been completely canceled. While TIEC originally stated that the intention was to move the competition to Monday rather than Sunday, the required logistics, especially the scheduled equine departures which could not be changed and would require horses to compete and fly out on the same day, proved to make the process “just not possible.” Individual qualification for the 2020 Olympics was already completed in the Grand Prix Special. [**Important update on Tryon2018 timetable**]

Belgium’s Bernard Fonck made WEG history by taking individual gold in the reining — the first European to do so in the sport’s WEG history. Aboard What a Wave, Fonck rode a huge pattern to mark a 227, a score that held through USA’s Daniel Huss and Ms Dreamy (226.5), as well as Cade McCutcheon and Custom Made Gun (225). McCutcheon’s score, riding in his first WEG at the age of 18, tied with Brazil’s João Felipe Andrade and Gunner Dun It Again; McCutcheon took bronze in a run-off. Fonck’s victory symbolizes the incredible growth of reining on the international equestrian scene in the past decade, and Europe’s ability to hold its own against the discipline’s home nation. [Fabulous Fonck Shocks Americans]

Ingrid Klimke and SAP Hale Bob OLD rode to the top of the eventing leaderboard with a literally perfect cross country run today, coming in exactly on optimum time. Fortunately, the worst of Florence held off, meaning that riders had only to contend with the course itself — which was enough of a challenge! 67% of the field finished free of jumping penalties but only 16 made optimum time. USA’s Lynn Symansky aboard Donner finished clear inside the time and Phillip Dutton and Z finished with 6.4 time penalties; jumping penalties for Will Coleman and Boyd Martin knocked USA out of medal contention. Stadium jumping will take place on Monday. [Don’t Go Chasing Waterfalls: Ingrid Klimke and Team GB Top WEG Leaderboard]

Did you miss today’s cross country on live feed? No FEI TV subscription? We’ve got the next best thing: the live update thread from our sister site Eventing Nation, providing round-by-round updates so you can catch up on everything you missed. Plus, color commentary! [WEG Cross Country Live Updates: Lynn & Donner Lead the Way for USA]