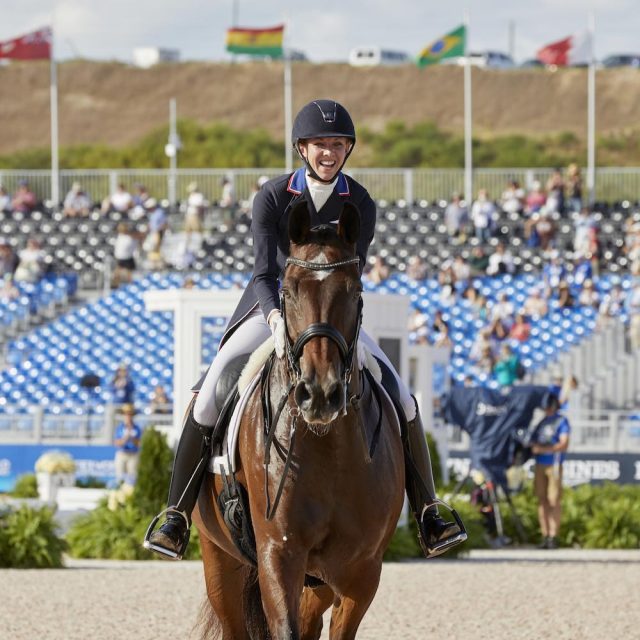 It was a day of double dressage at the World Equestrian Games and Germany definitely came with their show pants on in both pure dressage and eventing. Get the pint-sized recap of the day’s events in Tryon! 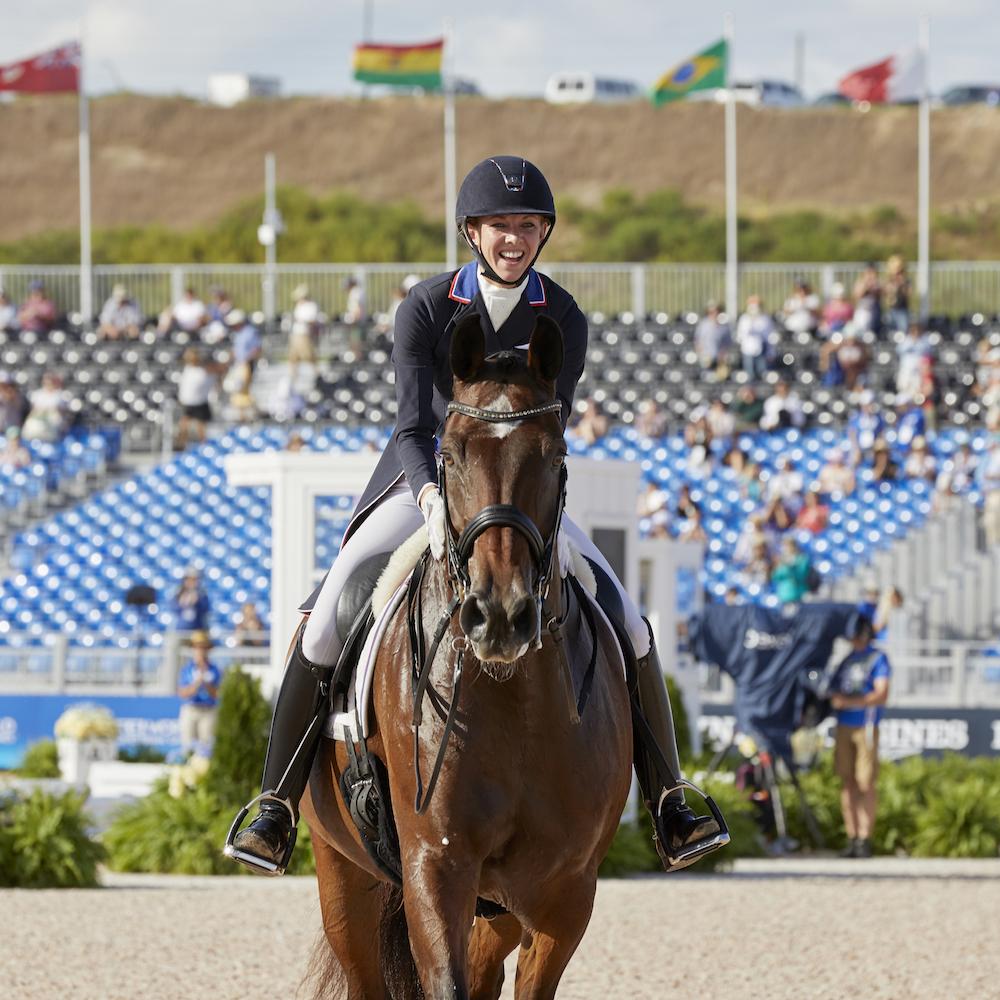 It was a day of dancing at Tryon International Equestrian Center with team dressage wrapping up — plus deciding which combinations would progress to the individual finals — while eventing dressage got started.

No further announcements have been made today by TIEC or FEI officials regarding the impending weather conditions from Hurricane Florence, which at press time is predicted to stall inland and dump possibly record-setting amounts of moisture.

Here’s the pint-sized recap of the day’s events!

Germany, long known as an international dressage powerhouse, clinched team gold today with USA taking silver and Great Britain earning bronze. Germany’s Isabell Werth surprised many with her selected mount Bella Rose, coming out of four years of retirement, and still managed to score not only a personal best of 84.7% with that mare but comfortably take over the lead. USA’s Laura Graves and Verdades put the pressure on but could not overtake Werth; the pair’s performance cemented USA’s silver medal position. For thorough coverage, we’ve included three links here with three perspectives:

In eventerland, the dressage was no less impressive, again led by Germany after Day 1. Julia Krajewski and Chipmunk FRH lead the way with a 19.9, the third best score ever seen at a world championships. USA’s Boyd Martin is in second, but more than seven points behind Krajewski. Germany leads the team competition followed by Australia in second and France in third; USA is currently in sixth with another day of dressage before cross-country. [Day 1 at Tryon: Julia Krajewski Delivers for Germany, Boyd Martin 2nd for USA]

Speaking of cross-country, what do the eventers have to say about Saturday’s course, plus their thoughts on today’s dressage? Eventing Nation brings us must-read quotes from the field of riders, including a run-down on today’s competition, the experience of riding for a team and of course, the cross-country course. [Can’t Miss Quotes from Day One of WEG Dressage]

As rumors swirl about the controversial decision to cancel yesterday’s endurance competition after already dealing with a false start, the endurance community evaluates. Chronicle of the Horse caught up with endurance Hall of Famer Valerie Kanavy, who was on the grounds yesterday in Tryon. Kanavy explains from her point of view why exactly the race was canceled, and just what went wrong at the start. [Endurance Community Evaluates What Went Wrong at WEG]

We’ll be back tomorrow! Go riding.