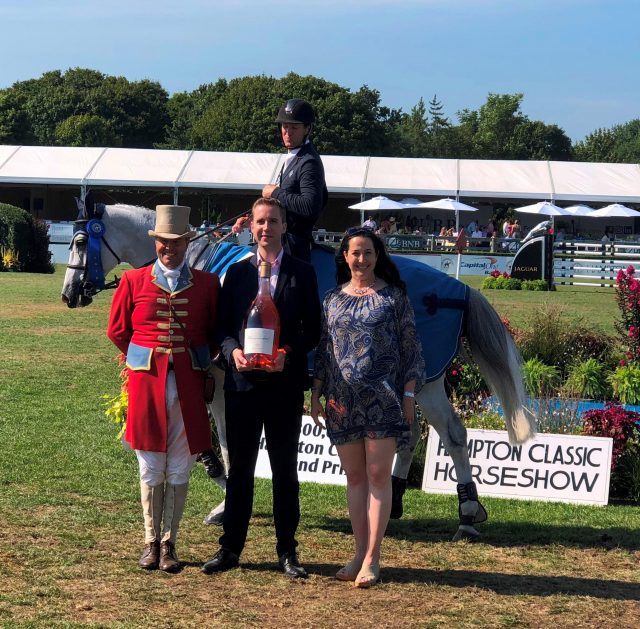 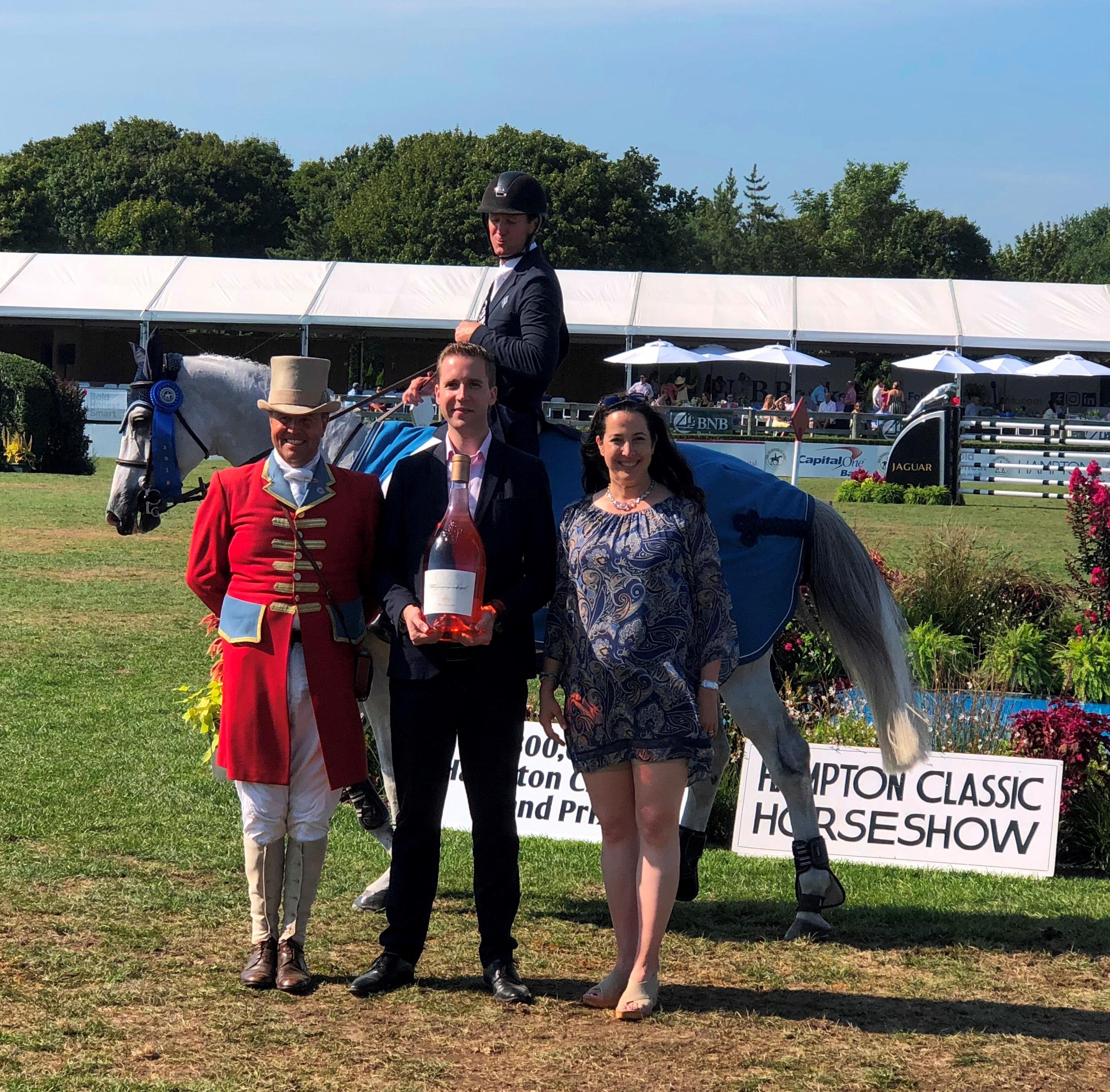 Sweetnam was last to jump and had to contend with his mount Main Road bucking sporadically throughout the course. They had no faults and finished in second place at 41.24 seconds. Sweetnam’s exceptional performance allowed him to capture a second $30,000 Longines Rider Challenge earning him yet a third Longines watch and the prize money for the weeklong competitions.  This was in part also due to his winning his second watch and $70,000 prize money in taking the Longines Cup CSI4*.

Lucy Davis aboard Caracho finished in third place with a clean run in 42.47 seconds.

Only five horse and rider pairs of the 35 entries advanced to the jump-off due to a very challenging course designed by Michel Vaillancourt.  His course reached a maximum height of 1.60m and he stretched the jumps to take competitors most of the length of the VIP tent. 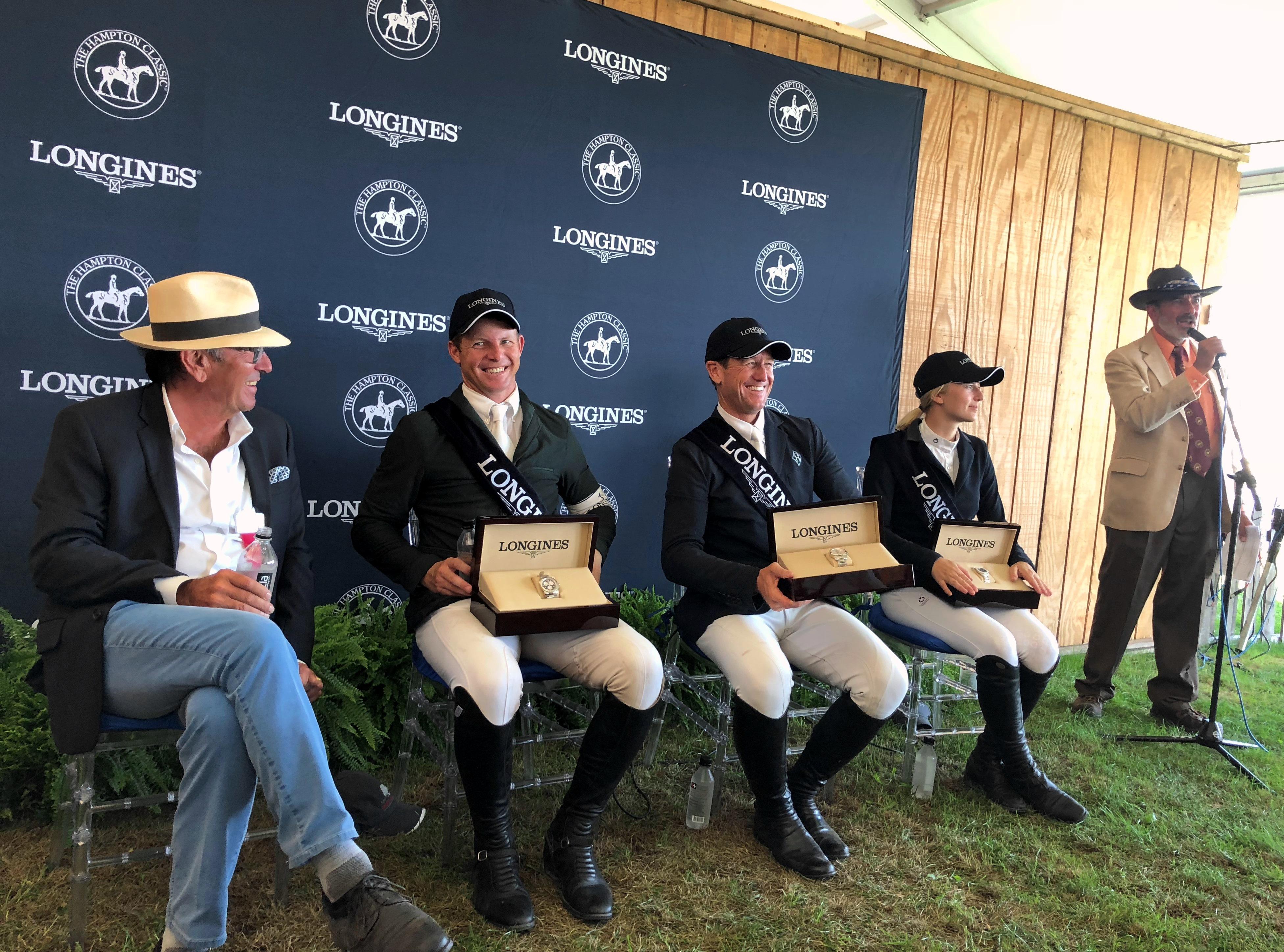 The 43rd annual event was one of the most spectacular equestrian events in the nation and showcased the highest level of show jumping competition.  The week long Classic hosted hundreds of top riders and horses from around the world. It featured more than 200 classes in six beautifully manicured show rings and offered five FEI Classes. Many of this year’s riders will be competing just a couple of weeks later at the FEI World Equestrian Games.

Once again, young riders and their mounts received a rare treat to be judged in leadline by legendary two-time Olympic gold medalist and Show Jumping Hall of Famer Joe Fargis. The Long Island Sportsmanship Award was presented to Harriet de Leyer by Hampton Classic Board President Dennis Suskind and Vice-President Emily Aspinall. Ms. de Leyer grew up riding in an iconic equestrian family and has been President of the Long Island Professional Horseman’s Association for many years.

The 60-acre show grounds was a shopping and dining mecca with a wide variety of foods, kids’ activities, with a luxury Boutique Garden and Stable Row featuring more than 80 vendors.

A new special edition to this year’s Classic was the CANA Foundation’s First Annual Legislative Panel on Saturday September 1st. A select group of individuals led an open discussion regarding the overpopulation of wild horses. The CANA Foundation and the Panel were organized by Founder Manda Kalimian. The Panel was moderated by former Congressman Steve Israel (D-NY) who is now a Strategic Advisor for CANA and included: Congressman Peter King (R-NY) and Congresswoman Betty McCollum (D-MN), as well as famed author and photographer of the “Wild Horses of Sable Island” and “I AM WILD” Founder Roberto Dutesco, Foundation Spokesperson and Lakota Native American Moses Brings Plenty, and show jumping rider Kelli Cruciotti.

Kaliman’s vision is that it is our bipartisan responsibility to ensure a bright future for our nation’s wild horses. It was emphasized that in America there are currently 60,000 wild horses living in tax-subsidized captivity. The CANA Foundation’s goal is to rescue, rehome and rewild these captive wild horses which cost the government $100 million dollars annually to oversee.

Spectators as viewed from the Hampton Classic show turf. Photo by Gregory Beroza