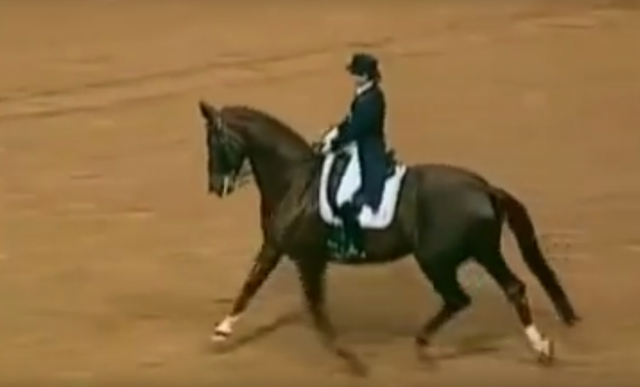 Tributes to music legend Aretha Franklin, who passed away yesterday, have been pouring in from all over the world. We’re honoring the Queen of Soul the best way we know how.

We were saddened to hear yesterday of the passing of the “Queen of Soul” Aretha Franklin at the age of 76. She died at her home in Detroit, Michigan surrounded by friends and family, having battled pancreatic cancer for some time. Franklin’s professional career spanned over fifty years and she proved to be one of the most influential soul and pop singers of her time; she was the first female singer to be admitted into the Rock and Roll Hall of Fame.

Two of her best-known hits, “Respect” and “Think,” became not just hits but anthems, songs that made us feel powerful when we heard them or sang along. No matter what walks of life we come from, Aretha Franklin’s music made us feel strong.

Debbie McDonald and Brentina danced at the 2005 World Cup Final to a compilation of Motown hits, culminating in a rousing final passage to “Respect.” This performance forever changed the face of freestyle dressage — listen to the crowd’s enthusiasm. We’d like to dedicate this video to you, Aretha Franklin: another pair of powerful, inspiring women who danced to your music to remind us all to celebrate our strength, command respect and never be afraid to shine.