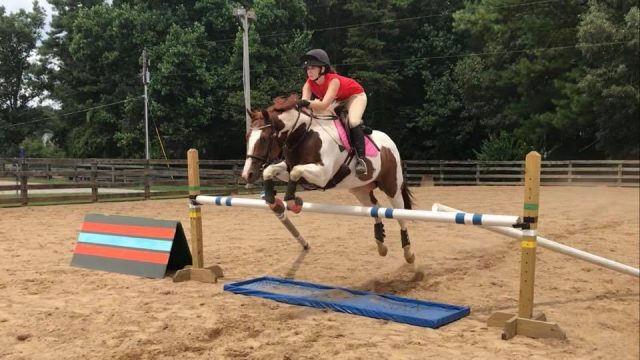 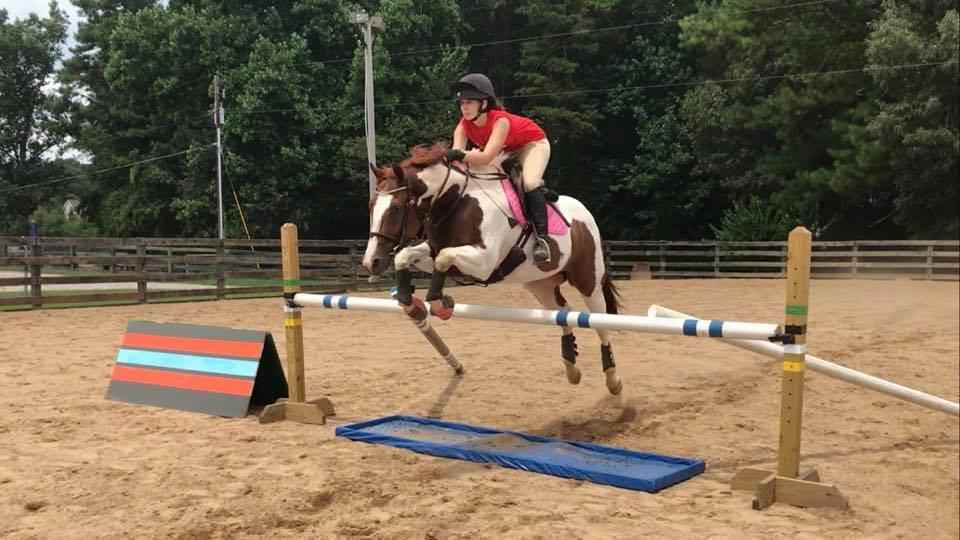 He makes this too easy, he really is the best. Photo by Miriam Offermanns / Milym Equestrian

Lately, my absolutely wonderful lesson buddy, Mary, and I have been having a lot of fun schooling together, motivating each other, and cheering one another on. Mary herself is the creator of the Mare Goods brand, so it’s safe to say she’s incredibly creative.

Our talented trainer, Miriam Offermanns of Milym Equestrian was able to obtain her very own facility a few weeks ago. That meant that the jumps which had been living at our current place, Beaumont Farm, went with Miriam and we only had two sets of standards for the time being.

Not wanting to back off our training, Mary took the initiative to build some jumps for us. She put together a really clever coop with one side sheathed in astroturf to simulate a cross country jump and the other side painted in bright contrasting stripes to simulate a looky stadium jump, and even used a tarp to craft our very own liverpool!

Knowing today would be the day that we would ride our new jumps for the first time, and it would also be the first time that JJ and I would tackle a liverpool together, I spent the hour-long drive up to the farm putting together a strategy to ensure the best outcome possible for us. And, knowing JJ, of course it involved food!

I had a few feed sample packs from SmartPak in my tack box, so I decided I would put it on the liverpool. Tarps are notoriously scary, so I figured that if I could get JJ to eat off of it, he wouldn’t be afraid of it. So, before our lesson, Mary and I set the jumps and I scattered the snacks.

Once we mounted, we walked our boys over to the “big blue beast” and they were both a little apprehensive at first. Cali was the first to dive in and start chowing down, and JJ followed a few seconds later. Soon, they were both munching happily and totally ignoring the scary tarp and the weird noises it made. Score! 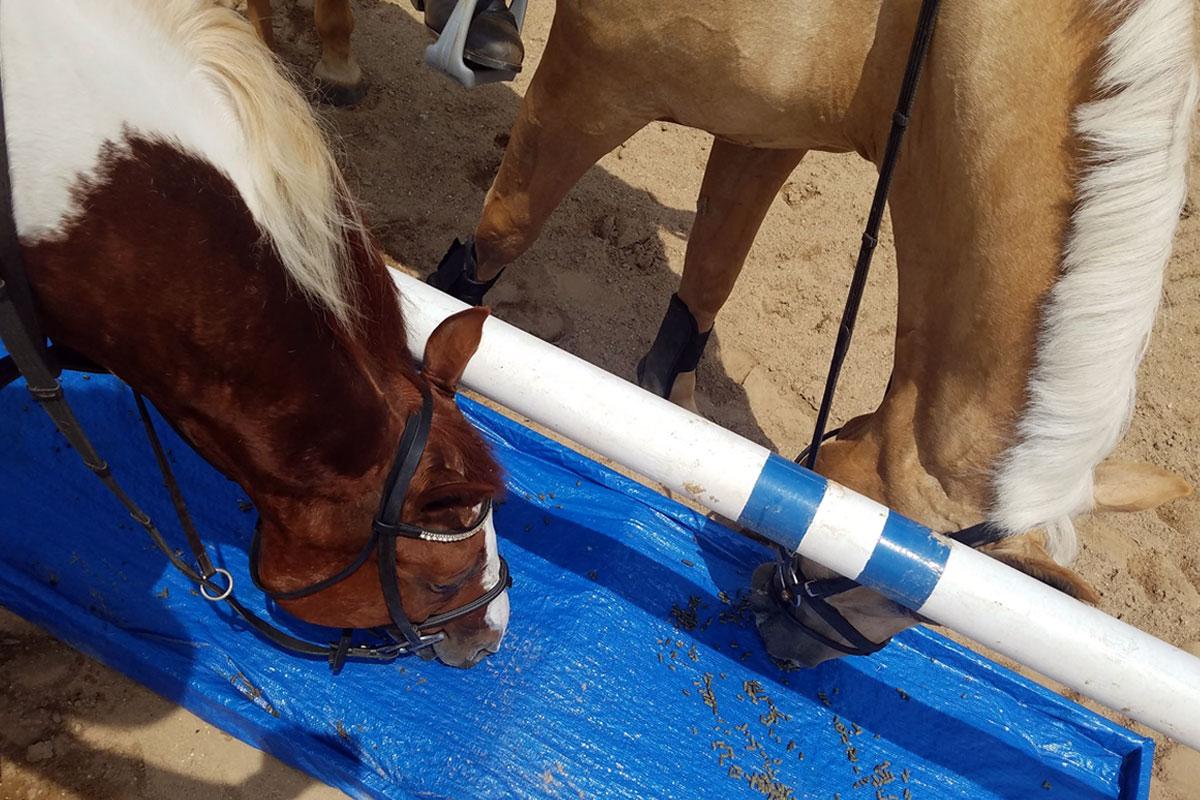 During our flat warm-up, JJ actually kept trying to veer back over to the liverpool. Not gonna lie, I was a little nervous that maybe my plan worked too well and he would stop at the jump to try and grab a bite to eat instead… only one way to find out!

Anyway, the lesson went great and JJ was awesome as usual. When it came time to tackle the liverpool, we were the first to go. I rode the approach defensively, ready for shenanigans, and JJ totally surprised me – by not caring. At all. Not even a teeny little bit.

The “scary” jump wound up being a total non-issue, and both JJ and Cali went around as if they had been jumping liverpools literally their entire lives. Holy wow, not only is my horse absolutely amazing (which we already knew, of course) but my sneaky bribery plan actually worked!

Our first liverpool + 3'3" = well, that was surprisingly easy. ???Thanks to Miriam Offermanns of Milym Equestrian for coaching and video, and to Mary Campbell for making the liverpool itself!

Ain’t no shame in the bribery game, especially if it means a more positive outcome for you and your horse!