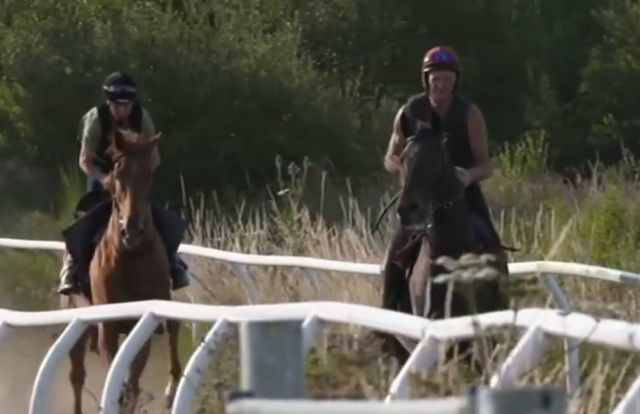 If anyone ever suggests that you’re too old for riding, kindly direct them to 79-year-old Ron Thompson, who gallops many of his own racehorses.

Breezing horses and working long hours as a full-time horseman might seem like a young man’s game, the kind of career where you’d expect to retire and move on to a job with a bit less physical impact.

But 79-year-old Ron Thompson wouldn’t trade his lifestyle for anything else. He does the majority of the work around his stable of racehorses himself, from feeding to breezing. Some might even argue that this lifestyle keeps him young.

Thompson is certainly a self-made man, having built his way up over a 65-year racing career starting as a teenager. Despite a wreck that left him paralyzed for a few months, he came back to the racing world, knowing and loving no other way to make a living.

Watch the incredible video from At The Races:

“It’s a good way of life, isn’t it?” We couldn’t agree more, Ron. You’re an inspiration.