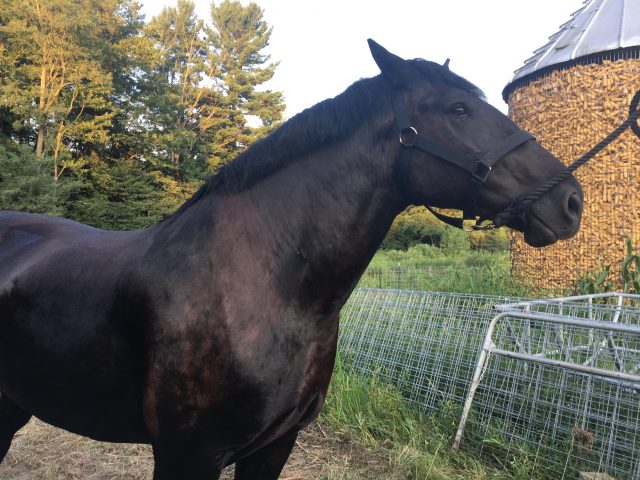 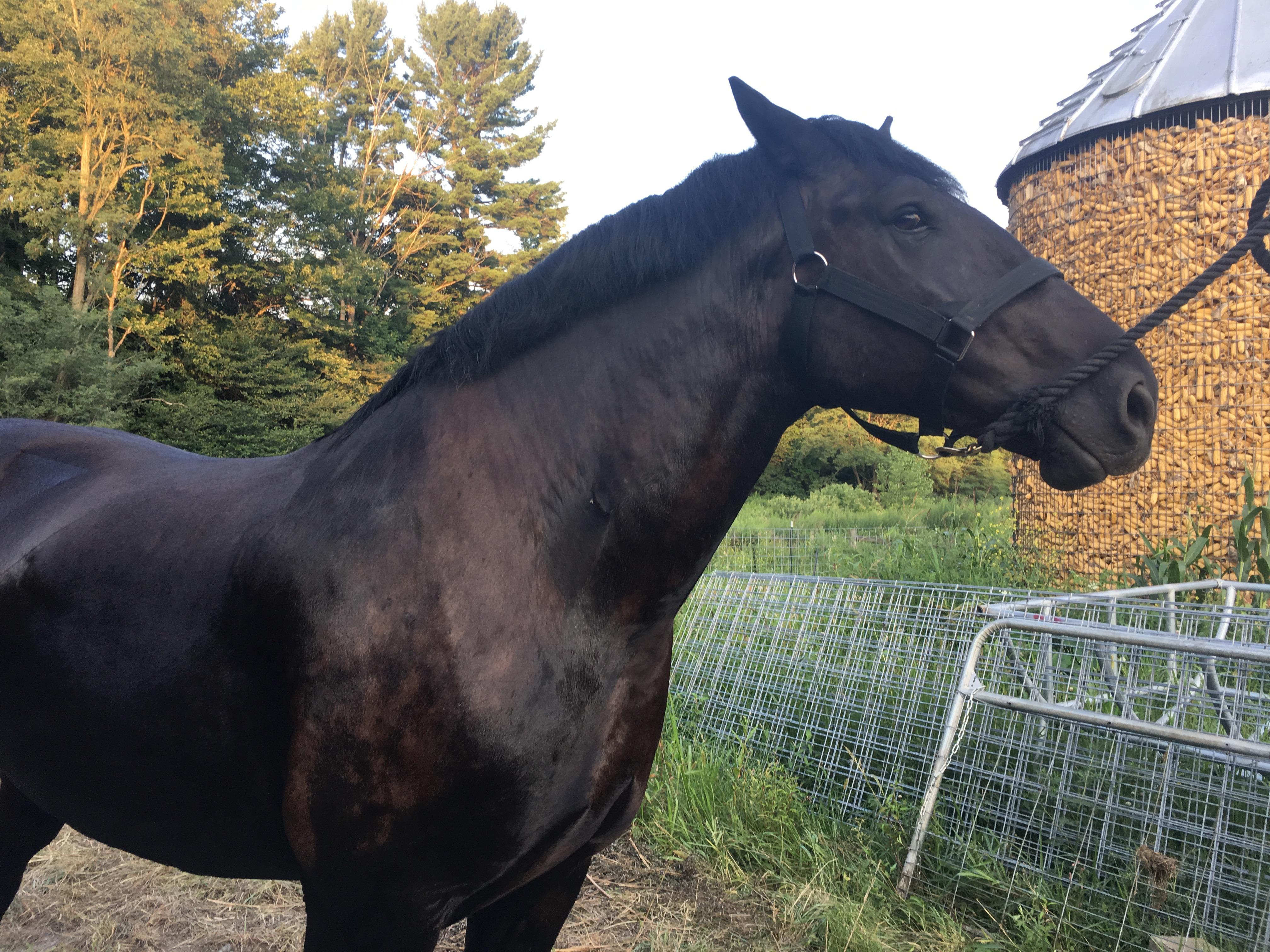 It’s been years since I’ve pulled manes: I haven’t showed horses since 2014, my current showing project is competing in ranch horse where the mane is left natural and confession — we’ve been lazy the past few years with our Percherons and left their manes long like farm horses.

This year, finally catching up to the times, I dusted off my old pulling comb and leapt right back in feet-first, pulling all four manes in a single afternoon. I have regrets. And I’ve also realized that there are very real stages to the art of pulling a mane.

“Of course I can pull all four of these manes in one session.” Even if you’re just pulling one, you glance at your phone, figure what the hey, you’ve got a spare fifteen minutes and your horse is looking pretty shaggy — what could possibly go wrong? Let’s neaten up that look a little bit, buddy.

The thin bits at the base of the neck always go so easily and so well, and within a few minutes you’ve got a few inches or maybe even a full foot of mane looking neat and tidy. This is easy, you tell yourself smugly. We’ll be show ring ready in minutes!

Somewhere about a third of the way up, the mane starts to thicken, and it’s a lot like cantering into water: things slow down, limbs feel like they’re suddenly heavier and that early confidence ekes away ever so slightly. But you can motor on, you tell yourself. Keep riding that momentum.

4. The first drop of the comb

Once you’ve broken the ice the first time, you’ll drop it about eighteen more times, especially if you’re standing on a stool or a ladder.

5. Wait, lemme just back up and fix this spot

Don’t do this. Just let it ride. Except that none of us can ever do that, can we? If those five or six hairs are longer than the others around them and you see it, you better believe you’re going back for those ASAP.

Either you notice that the mane has taken a drastic turn for the longer, or worse, it’s taken an abrupt shift northwards and everything is waaaay shorter than you wanted. There’s not a lot of hope for the latter, but a talented mane puller can probably fix the former, perhaps with careful application of scissors.

99% of the time you’re actually doing fine. This is just a moment of panic.

7. Realizing that you’re really only about halfway there

Three out of the four Percherons I worked on this week had lovely average-thickness manes with good quality hair; they stood quietly and let me work over them patiently. The fourth had a mane like a feral animal that grew equally on the right and left sides of his neck and twisted its way into near-dreadlocks; as I attempted to comb all of this over to one side he naturally started getting a bit concerned that I was preparing to remove his beautiful locks. We had a few chats and sussed it out, but not before I wanted to weep tears into his bird’s nest of hair about how much was still left to go.

This is normally when you start taking much bigger sections of hair than you can realistically and comfortably pull in one good swoop, which makes your horse get a bad case of the jimmy-feet and wear out your hands. This is also usually when you drop the comb a lot more.

9. The light at the end of the tunnel

You realize that only a few inches of mane remain between you and the end of this really bad idea, which has taken you at least three times as long as you had budgeted for it. This is good news, because it’s the final six inches close to the poll where horses generally start getting awfully squirrelly.

Every. Time. I always think “yes, this is the last one” and then realize that, much like in stage #8, I’m attempting to pull far too much mane in one go, and have to split that “last one” into at least three more sub-sections. Someday I’ll learn.