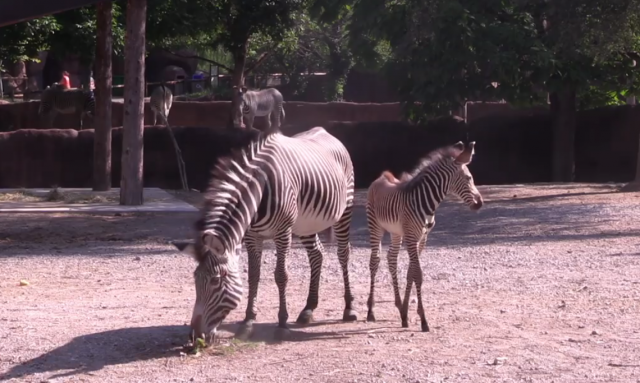 Colton, a Grevy’s Zebra colt, was born on July 19 at the Saint Louis Zoo, by Dewy out of Tiombe. As of last week, Colton and his mother are now able to be viewed by zoo visitors, and if zebra foal antics are anything like horse foal antics (and we’re confident that they are, only with stripes) we’re sure that visitors will fall in love with Colton immediately!

Colton is a Grevy’s Zebra, one of three zebra species recognized in the world (the others are mountain and plains zebra, both of which have several subspecies). Grevy’s zebra are endangered, with an estimated 2,000 mature animals left in Africa — down from over 25,000 just a few decades ago. Habitat loss is a major factor.