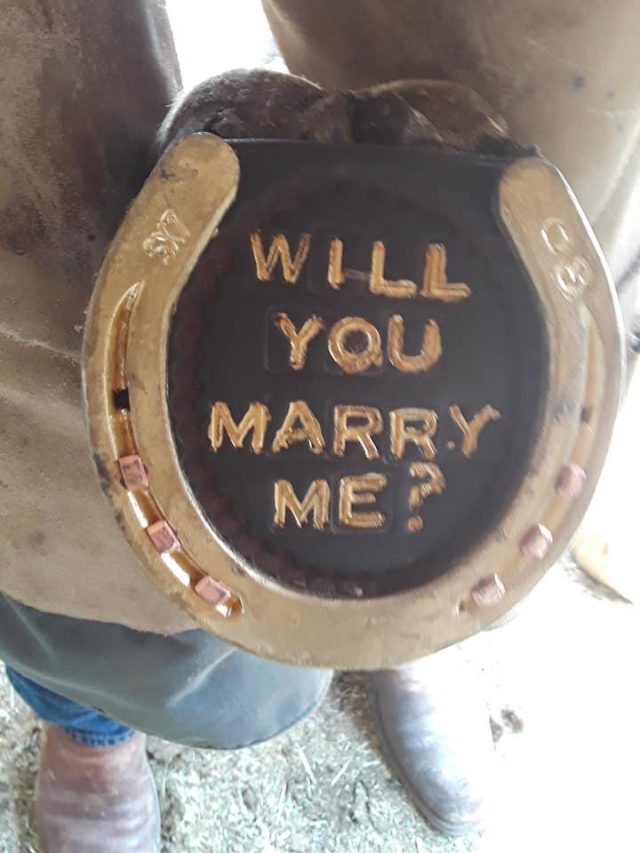 When Gus Peterson decided to pop the big question to his girlfriend Sarah Bryan, he had no idea he was about to go viral — but nothing adorable on the horsey internet stays a secret for long.

We’re suckers here at Horse Nation for an adorable horsey love story, so when images from Gus Peterson’s unique proposal to his girlfriend (now fiancée) Sarah Bryan came through the newsfeed, we knew we had to learn more: 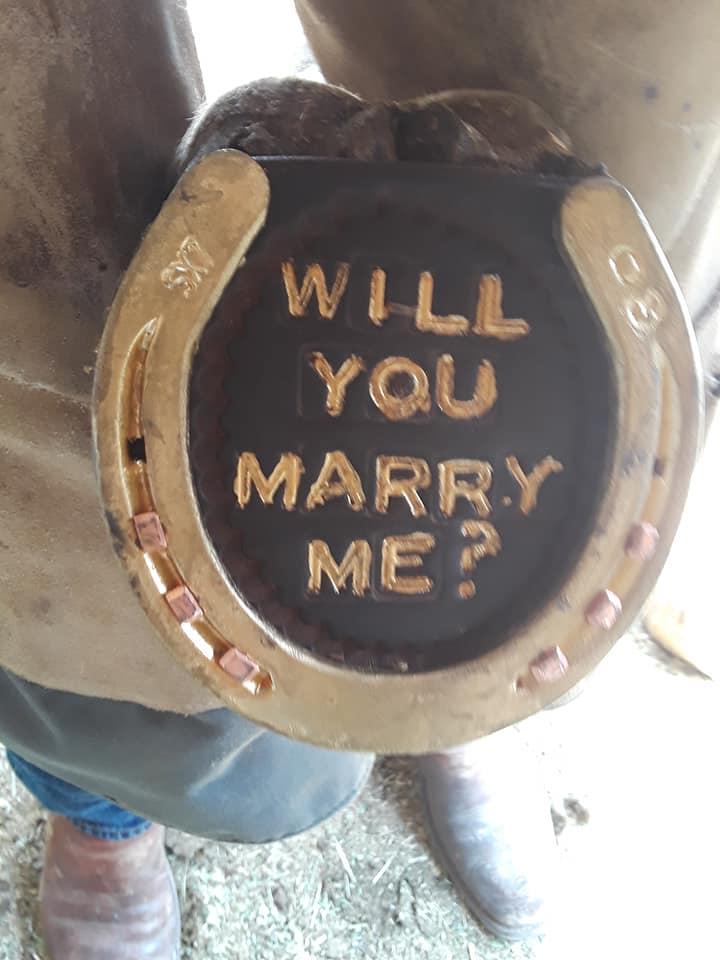 Gus Peterson of Anton, Texas is a full-time farrier who first met Sarah at Palo Duro Cowboy Church almost two years ago when he moved to town. The two became fast friends, but Gus couldn’t stick around town for very long, working as a ranch hand at a few outfits in the spring. When Gus came back to town the following winter and a friend hinted that he should ask Sarah out, the couple got together and there was no looking back.

Gus shoes full-time and also starts colts on the side. Sarah is a well-rounded equestrian with experience in all the ranch disciplines plus cutting; she trains her own horses and Gus told Horse Nation that she “hijacks [his] as a backup horse for ranch rodeo.” 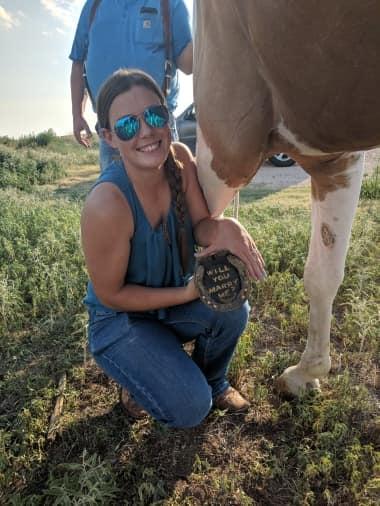 The horse Gus used for his unique and adorable proposal is Toby, a six-year-old Paint that he owned in partnership with one of Sarah’s friends Amanda Ebsen. In exchange for her help in pulling off the proposal, Gus traded his share in the horse to Amanda — which we say was a totally worthwhile deal, because Sarah said yes!

The gentleman holding Toby in the photos is Sarah’s father Doug Bryan, who was visiting from Idaho — Gus made sure he was part of the big day. 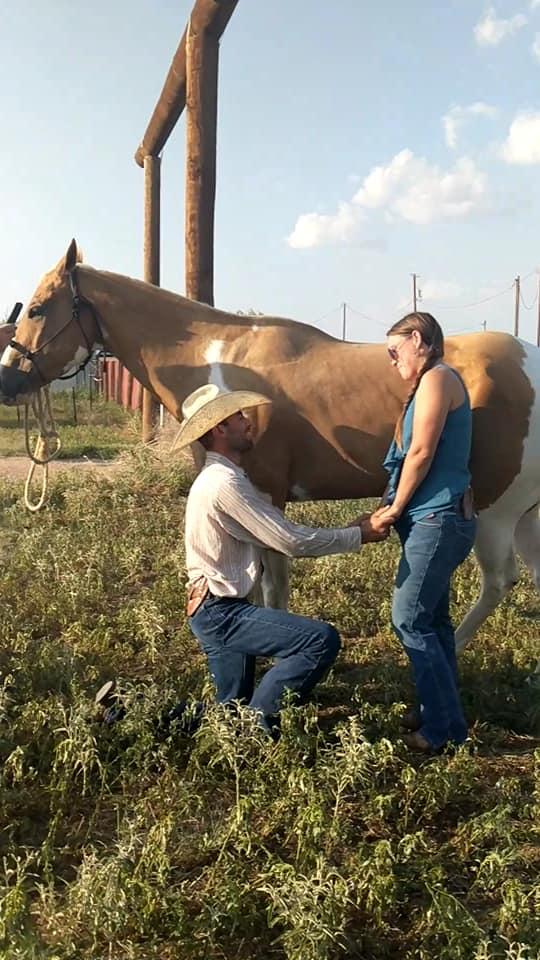 From all of us at Horse Nation, we wish this happy couple all the best on their next adventure!