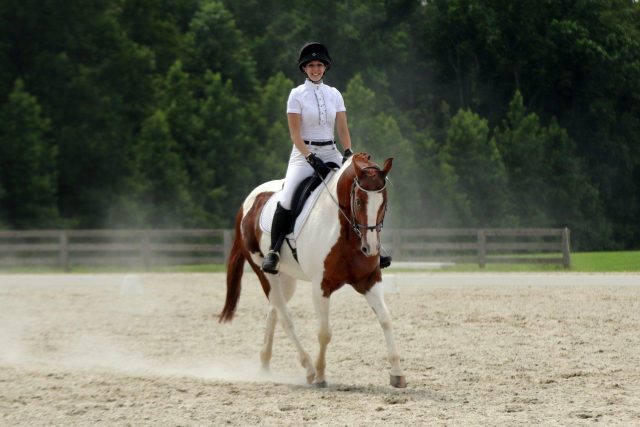 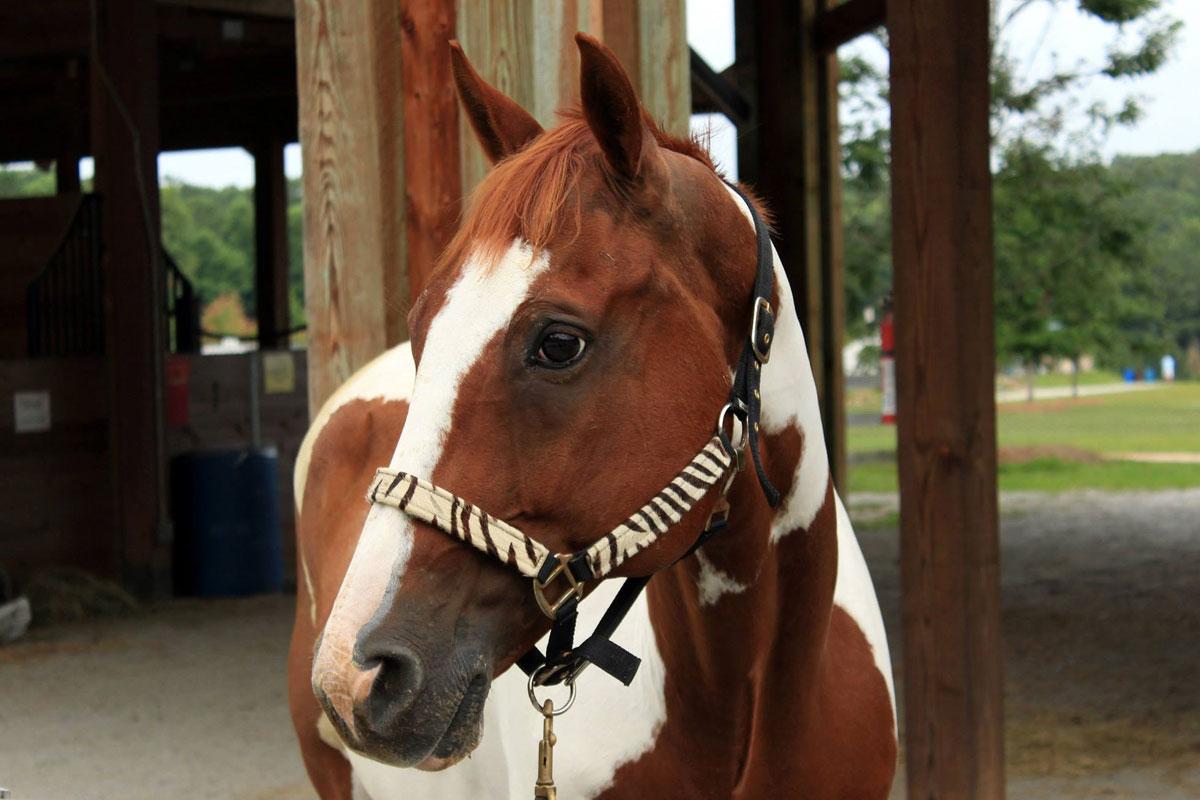 My handsome boy at our first event in 2014. Photo by Erik Jacobs / P.TEN Marketing

It was about this time four years ago when I first started riding JJ regularly. I had ridden him once in the summer of 2013 and it was uneventful. (Truth be told, at the time, I was in love with another horse who had just been sold and my heart wasn’t ready for another yet.) I rode JJ again a few months later in November, and I very specifically remember thinking to myself “either I need to step up and become a better rider, or this horse will kill me” during the lesson. He was a very different guy back then.

We didn’t do much together again until July 20, 2014, and that’s when I realized this little horse and I were going to be a team. JJ inspired me to try eventing for the first time, and I even posted on Facebook “Decided I’m going to do my first ever 3-phase in just two weeks. I’ve never ridden a dressage test before and I’ve only gone cross-country schooling once. I also haven’t shown in 7+ years. What have I gotten myself into??” Two weeks later on August 2, we made our debut at the Tadpole level. It took almost two more years before JJ and I made our relationship status “official” in February of 2016.

Now, it’s been four years since we first started together, and I love him more and more every single day.

We have both learned so much, and we’ve taught each other a lot, too. Along the way, I realized that JJ is incredibly intuitive with understanding the emotions of those around him, and also unusually adept at reading facial expressions of his people. He mimics my state of mind, and so I have to be careful to reflect back at him only what I want him to produce, too. I learned long ago that he thrives when I consciously project as much positivity towards him as possible. Similarly, when he’s feeling anxious or nervous, if I slow my breathing and consciously relax and release tension from my face, he chills out pretty quickly.

Recently, I saw a post on Facebook by Lesley Stevenson from MyVirtualEventingCoach.com (if you aren’t already following her and MVEC, you should be!) that said something along the lines of:

Far too often the rider tells a horse “no” and what not to do or where not to go. We need to focus more on the positive reinforcement, and on the “yes” and what we do want from the horse instead.

Sport horses (and lesson horses) are, essentially, forced into employment with absolutely no say in the matter. They have no choice in who buys them, where they end up, or what discipline they will be doing; they are simply assigned a job, and we require them to do it well and without a fuss. It’s up to us to advocate for them and to make sure we take the best care of them possible, because they don’t get a vote in their circumstances. And, if we expect them to work for us, it’s only fair that we return the favor and try and provide an environment in which they can succeed. 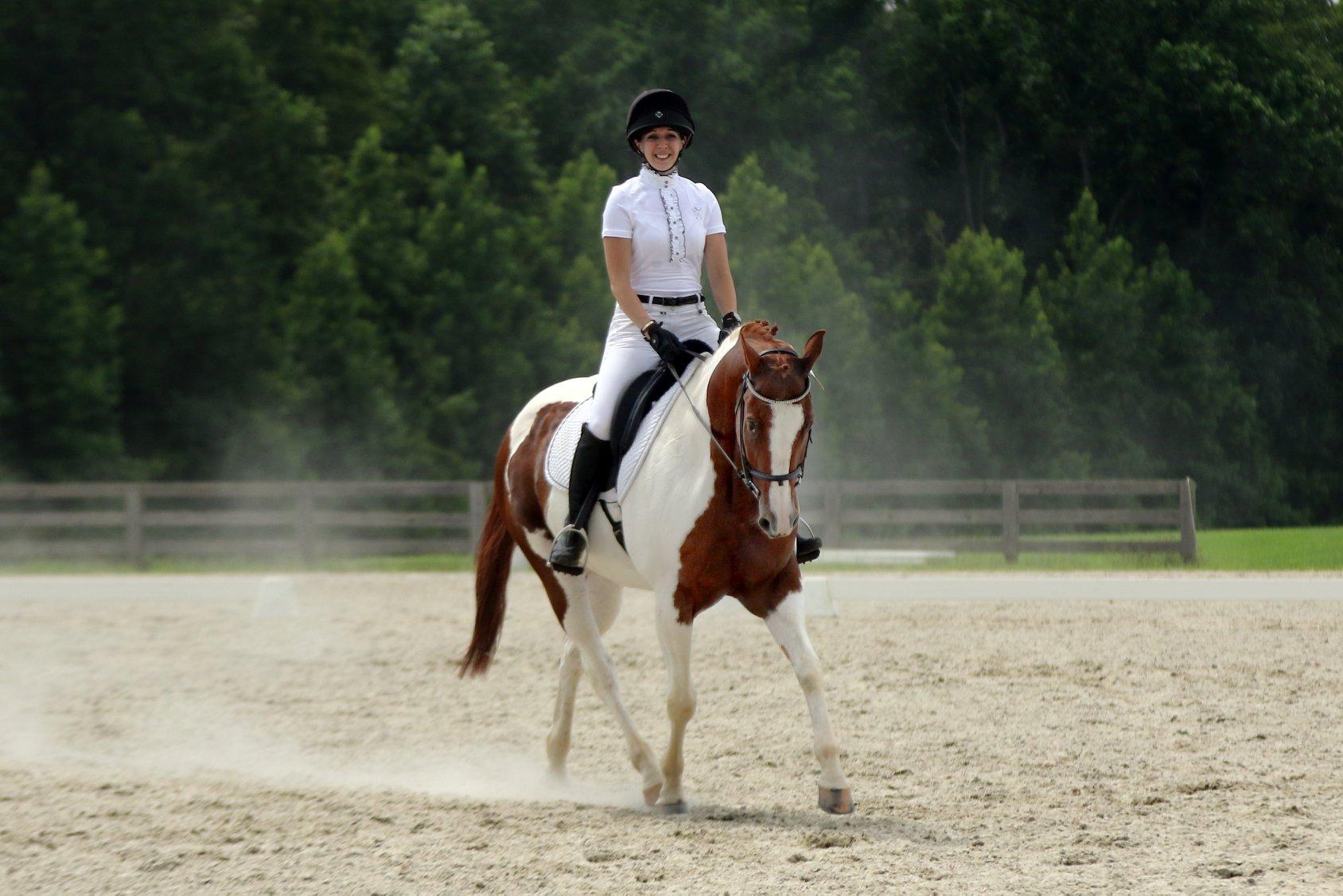 We clean up well. Photo by Catherine Shu

Originally, my goals with JJ were performance-minded and competition-oriented: I wanted to move up the levels, I wanted to go to the American Eventing Championships, I wanted to win. Then, when he was taken out of commission with a torn collateral ligament and spent nearly a year on stall rest, my priorities changed – I decided keeping him happy (and sound, of course) was more important than anything else, because he deserved it.

Instead of pushing for improvements, I was pleased with professionalism. I no longer care if he does something well, I only care that he tries. If it’s not good, we’ll keep trying. Or we’ll do something else that he does do well and go back to the other thing another time. Once I made that change in my expectations, I noticed that I was saying things like “yes” and “good boy” more and more. So much so, in fact, that I now wonder if JJ actually thinks his name is “you’re perfect” because I say it to him so often!

I say “good boy” when he walks into the grooming stall, turns around, and positions himself in the cross ties all by himself.
I say “thank you” when I bend over to pick his feet and he’s already got a hoof in the air, waiting for my hand before I even ask.
I say “you’re so smart” when I put the saddle on his back and he squares himself up so that it sits balanced before I tighten the girth.
I say “yes” when I feel him lighten his front end, lift his back, and push with his hind to give me a little self-carriage when we’re doing our flat work.
I say “that’s my wonderful horse” when he makes even a challenging, complicated jump exercise effortless and fun, and still nails every distance along the way.

And his confidence, rideability, and overall attitude have all improved exponentially.

…I say “no” when he tries to eat something that isn’t food.

There is absolutely no doubt in my mind that I have the greatest horse in the history of world, period.
But, so do you, so please make sure that he/she knows it and you love on him/her as much as possible!