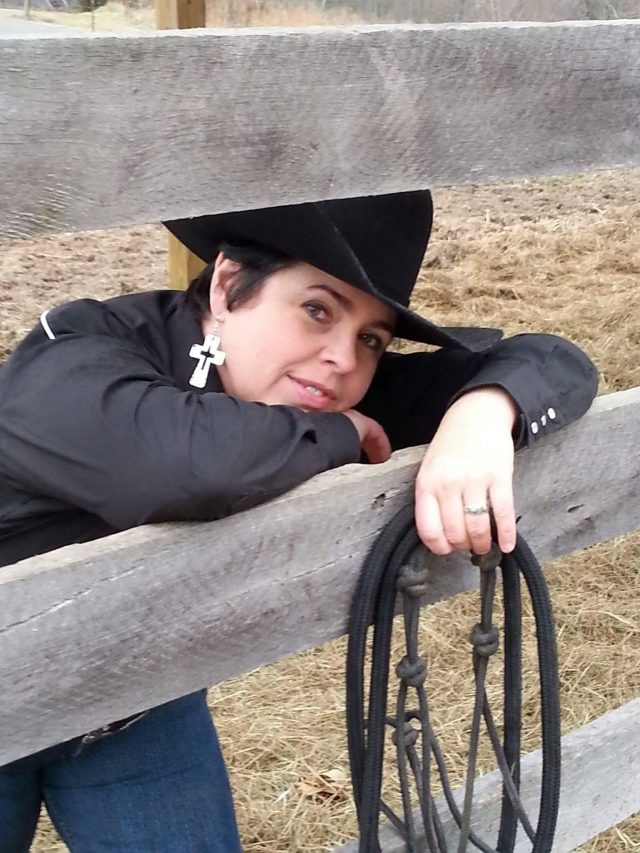 No shortage of inspiration in F.J. Thomas’ horse life! 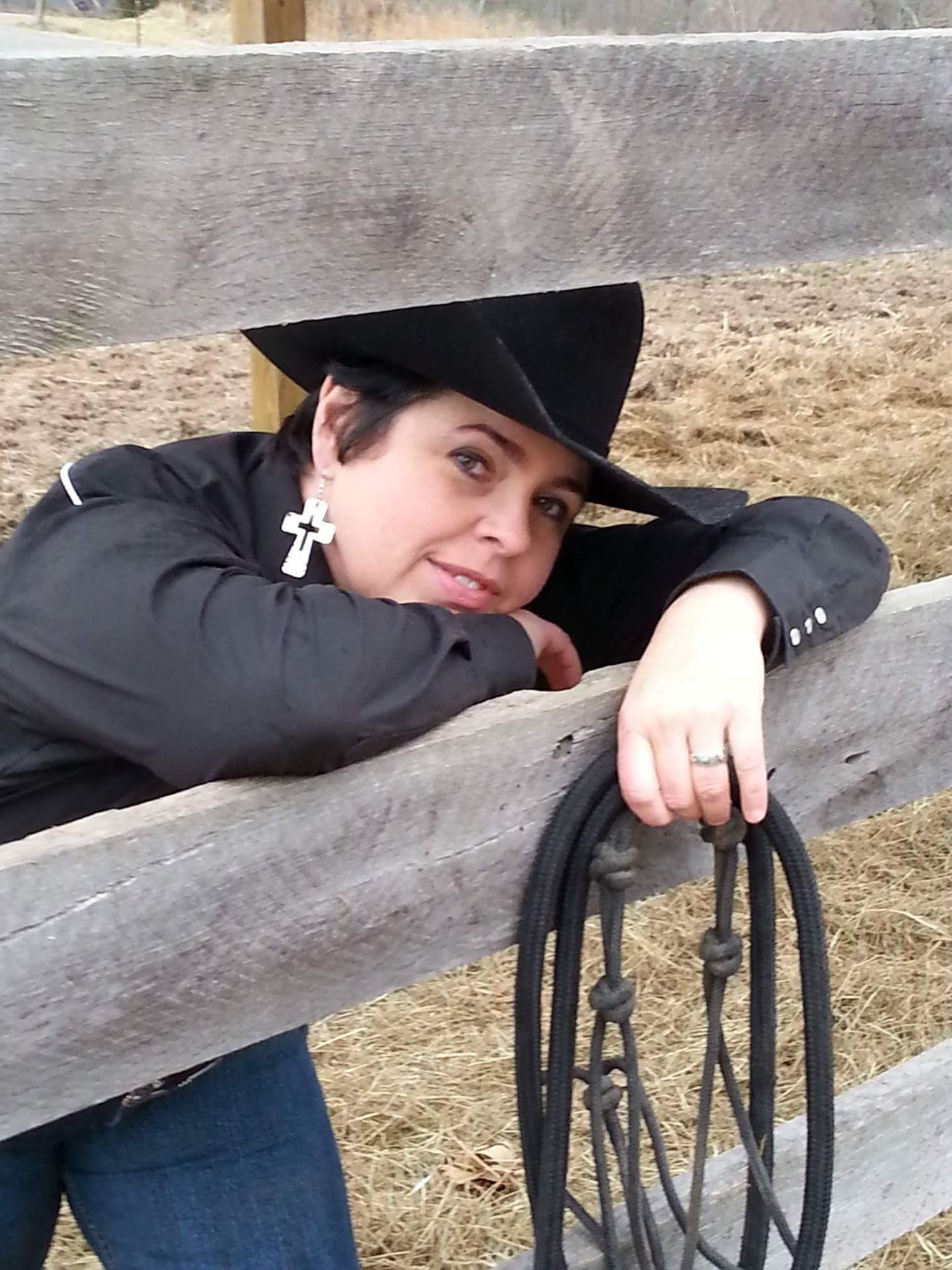 Cowgirls with Curves is an equestrian-focused motivational blog. F.J. said: “I want to encourage riders of all disciplines who struggle with confidence in and out of the saddle. I talk about everything from mental health and how food impacts your body to exercise and getting a good foundation on your horse.”

Talking in the Barn is an equestrian-focused creative blog. F.J. posts interviews with “horse folks who are writers, artists and competitors. I love learning about what makes other horse people tick. That’s how we learn and see the world in a different light, plus I love chatting with horse folks.”

Lost Betrayal is a novel of determination, redemption and romance whose strong female protagonist’s journey is motivated by the search for a lost horse. I asked how her own experiences helped create Lost Betrayal. “Ten years ago, when hurricane Floyd hit, I was in contact with a vet who was helping rehab some horses. I sent some supplies down. Large animals are the last to be rescued in a disaster. The vet told me a story that I will never forget.

“A stallion and two mares were left in the storm. They swam the flood waters for a week. One mare died. The second mare collapsed and died after she was rescued. The stallion survived but his skin had sloughed off from being in contaminated water. His rescuers were well meaning but didn’t know any better and gave him a human antibiotic. He had a reaction and became blind. To go through all that, and then wind up blind was heart breaking to me.

“Years later, I hauled out to Ft. Smith to the big barrel futurity. We came under a tornado watch at the fairgrounds from the same storm that hit Moore, OK. It was scary for an East Tennessee gal! I watched the devastation on the news. The storm had hit some horse farms outside of Moore. My heart ached. I knew I had to finish the book as a way to speak what my heart had felt.”

Pedro’s Problemo is one of F.J.’s published children’s books. Pedro is a rescued Chihuahua who must ride a horse in order to earn his place in his new home. In Winds on Indian Mound. free board for her horse leads the heroine to a world of “bizarre old Indian tales” and Indian ghosts that come back to life.

The Grulla script is a screen version of Lost Betrayal. F.J. chose the title for the rare grulla stallion hero of the script — and for her grulla colored donkey, Oscar. 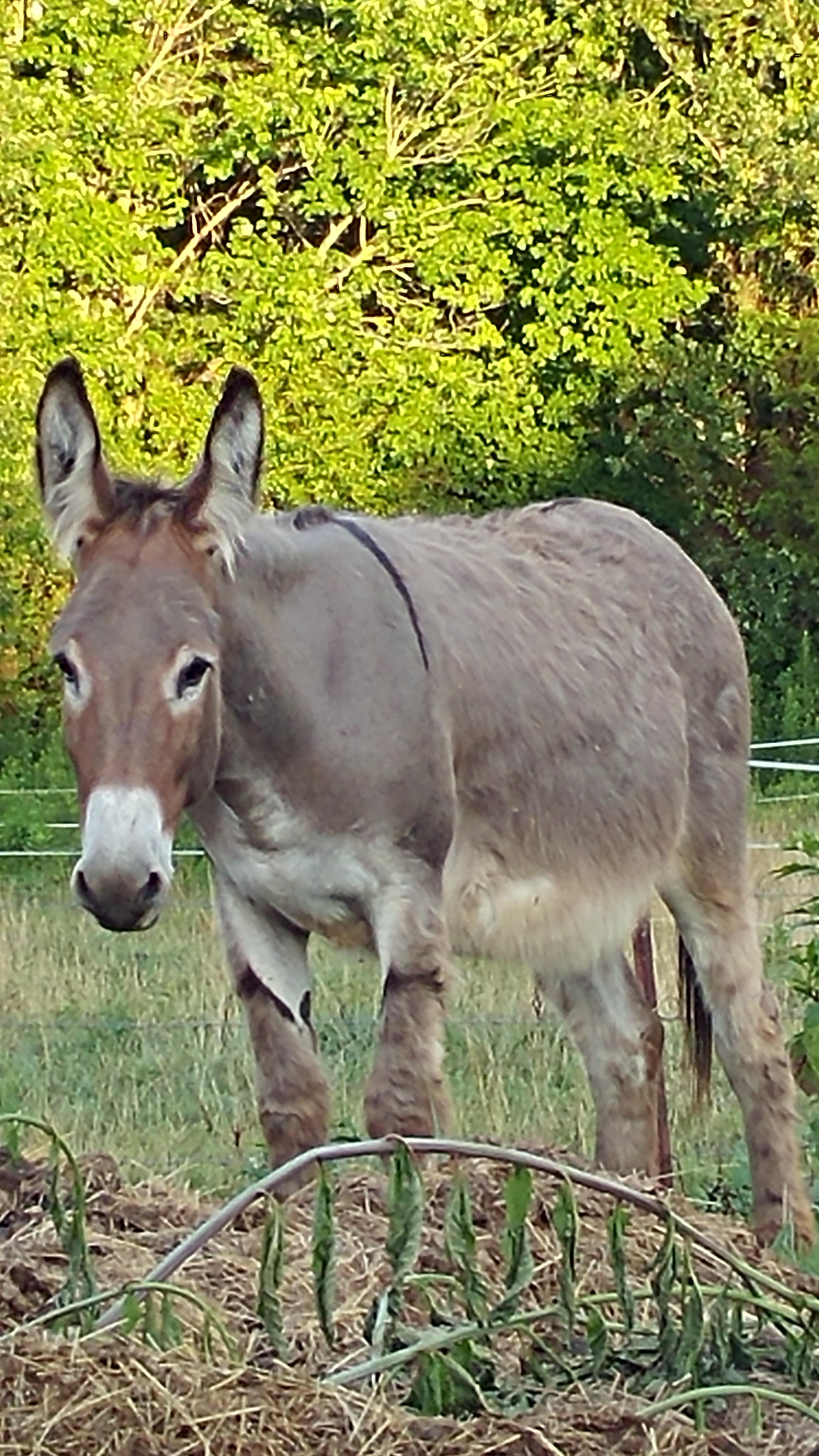 I asked why a film version. F.J. shared: “A film would show the rawness of some of the characters and the vulnerability of others. The horse people portrayed in the story are a reflection of the spectrum seen in the industry. The main character is a ranch owner who has put her heart and soul into the horses she’s raised. There are two horse traders who are at opposite ends of the spectrum – one gives bare minimum care to the point that animal control is called out, the other tries to be responsible and sometimes loses money and more.

“People often view horses from the ‘backyard pet’ perspective and they don’t see the bigger picture or the business side. There’s good and bad in all facets of the horse world. We all need to be responsible, be good horseman and work together. We need to realize that there has to be a business side of the horse world in order for the equestrian lifestyle to be sustainable.”  F.J. hopes her film would make those aspects clear to a broad audience.

F.J describes horse handling on the range with knowledgeable, technical detail. The reason? “The cowgirl life goes hand and hand with being authentic and thorough. It is partly a mindset. You have good horsemanship and your animals come first. You get the job done and make sure things are done right. You’re always up for an adventure even if there’s a risk. Make the most of life and live passion.”

What else would you like readers to know about you and horses? “Having a horse is a serious responsibility and something to not take lightly. How you treat and maintain a horse can ultimately mean its life or death. Kill pens are full of horses that were trained poorly or not well cared for. Every time you deal with a horse, you’re teaching it something good or something bad — they’re always paying attention. Leave a horse better than you found it.”