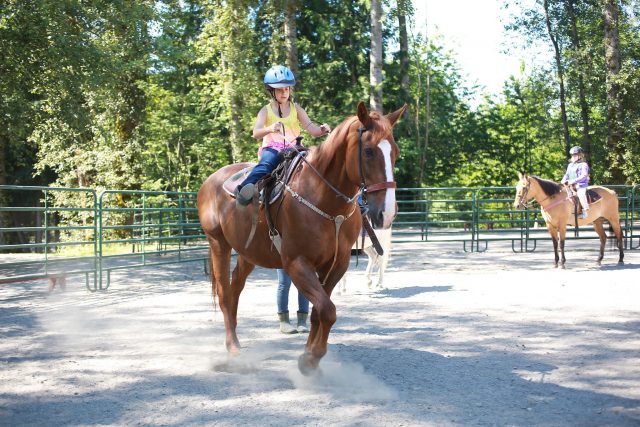 If you ever made the campers compete in endless rounds of horseless horse show or ran laps in the arena chanting “up-down-up-down”… then this one is for you. 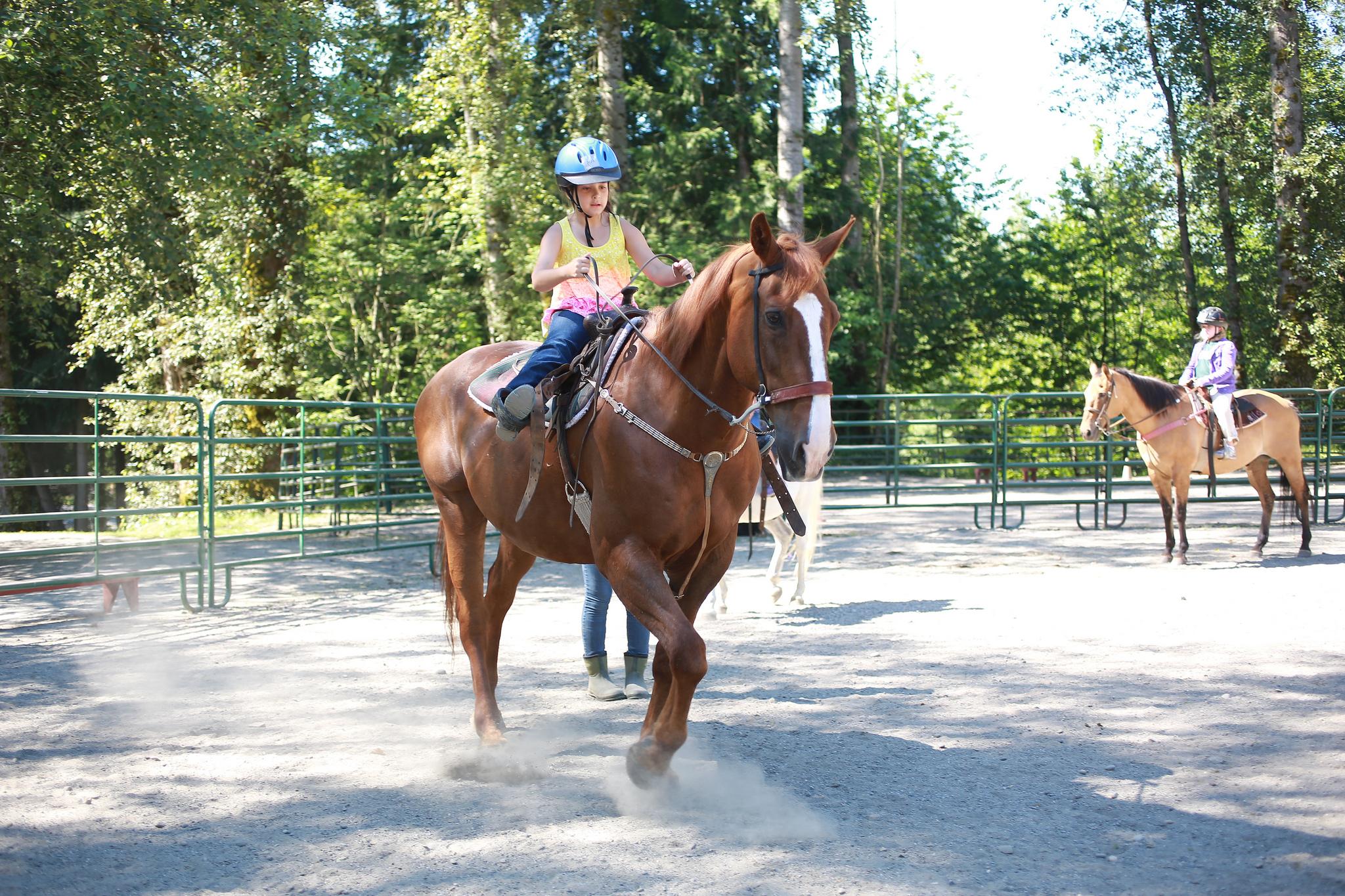 A few weeks ago I waxed nostalgic about summer horse camp, that equestrian rite of passage for anyone who has ever rocked a pastel Troxel and packed an extra apple in their brown-bag lunch for their favorite camp pony. An equally important period of my life came after I was “too old” for my barn’s summer day camp program — I became not a camper, but instead a volunteer assistant counselor, trading my hours spent helping to keep all the wheels turning on the camp wagon for a sort of free-lease situation in which I spent many hours cantering around in the woods bareback. For a horse-crazy teenager, this was the life.

For anyone else who has ever worked at summer horse camp, this one’s for you. Though our camps may have been many and varied, our experiences were one — here are six things we all know we did.

1. Set up a horseless horse show, purely to wear out the campers.

Especially in those weeks where it seemed that EVERYONE was always wound up at all times, the horseless horse show was a godsend to the nation’s hardworking assistant counselors: my fellow assistants and I would stand in the middle or lean up against the arena wall and call out “trot” or “canter” or “counter-canter” if we were feeling particularly sassy, and watch the campers run ’round and ’round making horse noises and coming up with their own elaborate show names.

Sometimes this technique totally backfired and only got the campers more hyped up. We never really learned.

2. Devised a code language or list of nicknames so you could talk to your fellow assistants without the campers figuring out what you were gossiping about.

Okay, this one is a little mean, but I’ve never been one to shy away from the truth, and I’m sure the assistants older than me did the same thing when I was a camper: sometimes, this was the only way to have a conversation when you were surrounded by the campers all day long, especially if it was a rough week with a few individuals who drove us particularly crazy. I’m sure we also code-named the horses so we could feel cool talking horse talk without the campers being “in the know.”

This was usually a rainy-day activity when the outdoor arena was closed and only one group at a time could ride in the indoor; half of the assistants would come up with some kind of indoor session, perhaps learning parts of the horse or parts of tack, and the rest of us would go through and try to fix the tornado that was a dozen and a half young riders all in a hurry to put their saddles and bridles away.

4. Made up a complicated ghost story or barn legend to enthrall the campers.

Especially while walking along with the traditional daily post-lesson trail ride, we used to come up with elaborate tales to pass the time and keep the campers in our thrall. My childhood barn had the added appeal of being an old Colonial structure with a legitimate mill house right across the street, and neighborhood legend stated that a group of patriots had hanged a Tory, or British sympathizer, during the American revolution, somewhere on the property.

We also had a stuffed animal scavenger hunt in the woods where we trail rode, and one particularly creepy-looking doll earned himself the ubiquitous nickname “Chuckie.” He starred in plenty of horrifying tales and no one ever really wanted to actually find him during said scavenger hunts thanks to our overactive teenage imaginations.

5. Put in legitimate miles around the arena running with first-time trotters.

If FitBits had been around when I was a camp assistant, I’d love to know my mileage in a given summer, trotting around the arena pulling a reluctant yet patient pony along in my wake while the instructor chanted “updownupdownupdown” and the wee tot bounced along trying to figure out how to post. The hours seemed endless, especially in those sticky southeastern Pennsylvania summers.

Consider the favor returned, whatever camp assistant had to run around with me when I was that wee tot.

6. Counted down to the end of camp… and then got sad when it was over.

I distinctly remember one of my best camp assistant friends letting a mean watch tan develop over the course of a summer, and then taking a pen to her arm in the last week and drawing in the hands pointing to 3:00. When we asked her what time 3:00 was, she responded “that’s 3:00 on Friday for the last day of camp!”

And then when that magical hour rolled around and the final bobble-helmeted camper had climbed in the car and departed, a strange sense of emptiness consumed us all: the campers were gone, camp was over for another year, and we had nothing more to look forward to than going back to school in a few weeks.