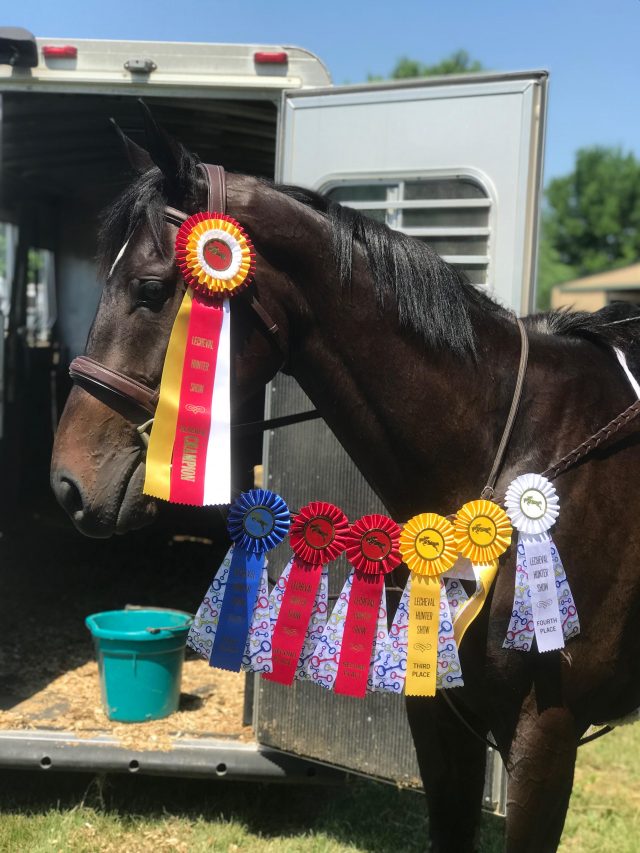 Less than three months until the Makeover!

While most of the country was lounging by the pool or setting things ablaze on the 4th of July, I was stranded on the side of the highway staring at a blown-out trailer tire while both of my boys munched happily on their breakfast inside. It was 6:30 AM, and I was 30 minutes into my three-hour trek to my second home at Altamonte Show Stable where I was scheduled to ride both my new horse Ty and my Retired Racehorse Project Thoroughbred Makeover mount Flash. Yet there I was, pondering if I would have had better luck had I stayed home and enjoyed some good ole-fashion Southeast Missouri barbecue and nurtured my already burnt skin at my in-laws’ pool party.

Rather than dwell on what felt like a looming omen of doom, I called up the ever-wonderful horse show husband Wayne and requested roadside assistance, to which he sighed and responded, “be right there.” Just like a horse show, everything in horses is a whole lot of “hurry up and wait,” so I crawled into the bed of my truck, rolled out my spare tire and made myself at home for a while.

You can do quite a bit of thinking in 30 minutes and the only thought on my mind was that July 4th marked 90 days until Flash and I made our trek to the Kentucky Horse Park for the Makeover. I couldn’t believe that so much time had passed already and also couldn’t help but compare myself to many of the other entries who were posting their success stories online. 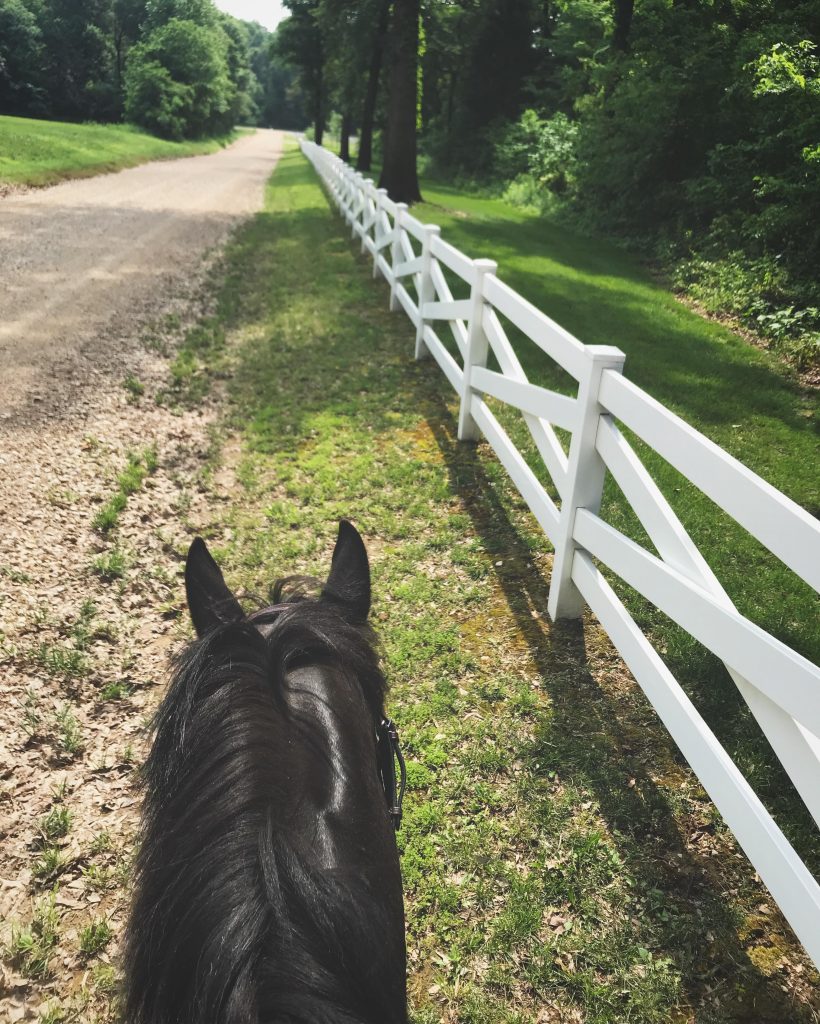 In the beginning, I had everything laid out. We would go here, we would do this, we would jump that, by this time we would be accomplishing x, y and z and then by the Makeover we would be perfect and wonderful. I probably looked crazy sitting on the side of Highway 60 laughing to myself in the already 89-degree heat as I realized how quickly all of those plans had been tossed out the window. That’s not to say that Flash hasn’t had his fair share of educating in our time together, but we definitely were nowhere near where I thought we would be at this point. As sweat beads dripped down my forehead, I came to the realization that I was okay with our reality.

To Wayne’s dismay, despite my original promises that Flash was strictly a resale project so I could mark the Makeover off of my bucket list, I realized early on that Flash had earned a forever spot in my barn. Sure — he is a hair accident prone, he is a little weird when tied, and he likes to scream… a lot… but all of his unusual quirks aside, Flash is a spectacular horse. He is predictable and safe. He is the same horse every time you get on. He tries really hard to understand what you tell him and he doesn’t take too much offense at my amateur mistakes.

But are we ready for the Makeover?

Everyone always preaches that the Makeover is not about the destination, it is about the journey — and while I 100% agree, I’ll admit I had dreams of sweeping the judge off of his/her feet with how well-rounded my little horse was. That’s not to say that my dream of success at the Makeover is completely down the drain, but when you put us next to some of our competition, we are a hair behind in the “experience” department. 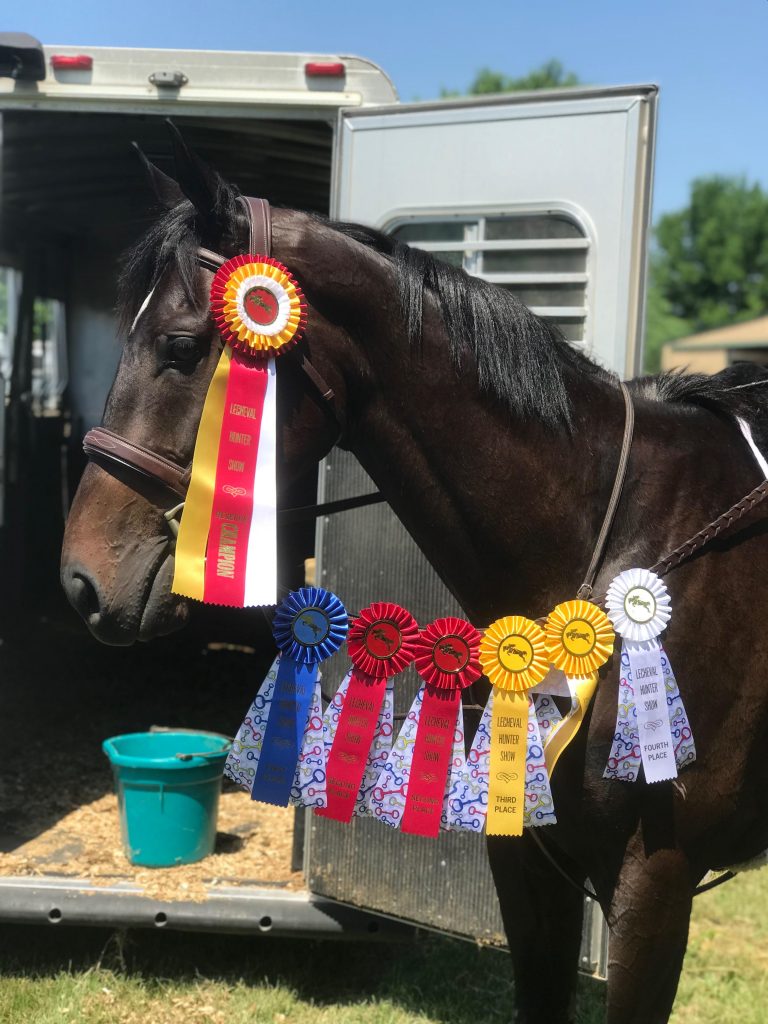 Flash cleaned up at his first show! Photo by Julie Hathaway

So when Wayne finally arrived to save the day that muggy Wednesday morning I didn’t turn around and go home despite how much I wanted just one morning where I could sleep in. I gave the horse show hubby a kiss and continued north to St. Louis where I WOULD have a lesson on my little superstar and give him my best because it was apparent he had already committed his best to me.

And what an uplifting lesson it was. My trainer, Jen, had set up a little gymnastic for my new horse Ty and me to navigate and we decided to see how Flash would adapt to this more challenging request. He didn’t fail to impress. We went through the gymnastic with ease and continued onto a little course which included a particularly looky gate with short standards and Flash’s first liverpool. 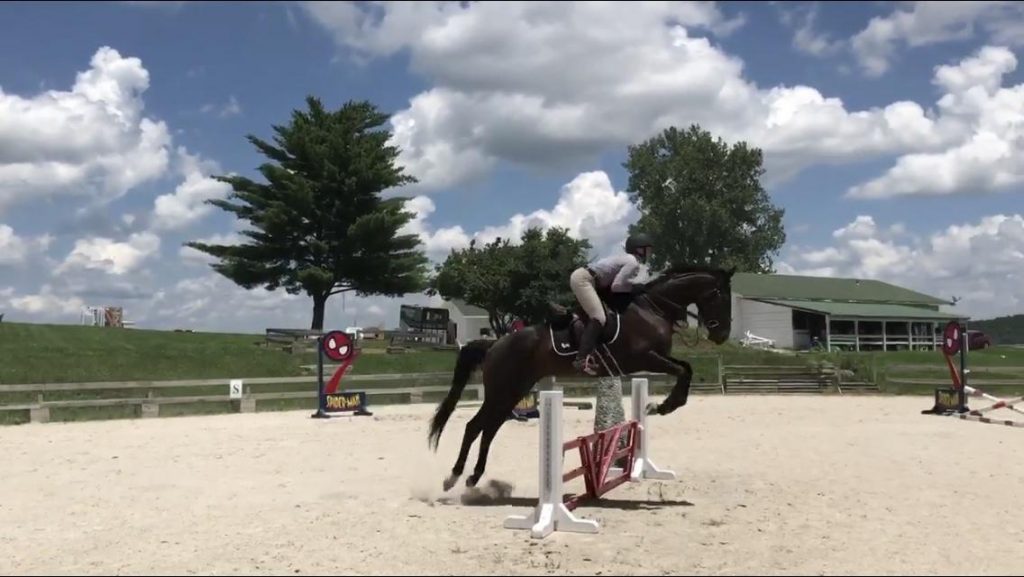 I still harbor a bit of uncertainty when asking my horses to do something I know can be a bit looky, but Flash exceeded expectations and didn’t even hesitate. As we went through the second and third time, Jen bumped up the last jump of the gymnastic up to a 2’6″ oxer and Flash cleared it with plenty of room to spare.

“The way he jumped that was really exciting!” Jen boasted as we came back down to the walk.

“Yeah, it really was,” I replied as I ran my hand along Flash’s neck.

We may not be 100% ready for the Makeover, but we are getting closer with each day and if we get there and we don’t win, it will be okay. I already consider myself a winner because this experience brought such an excellent young horse into my life and that is the best prize of them all.