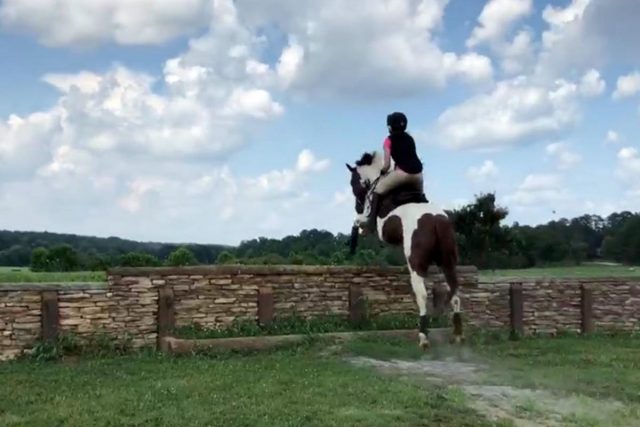 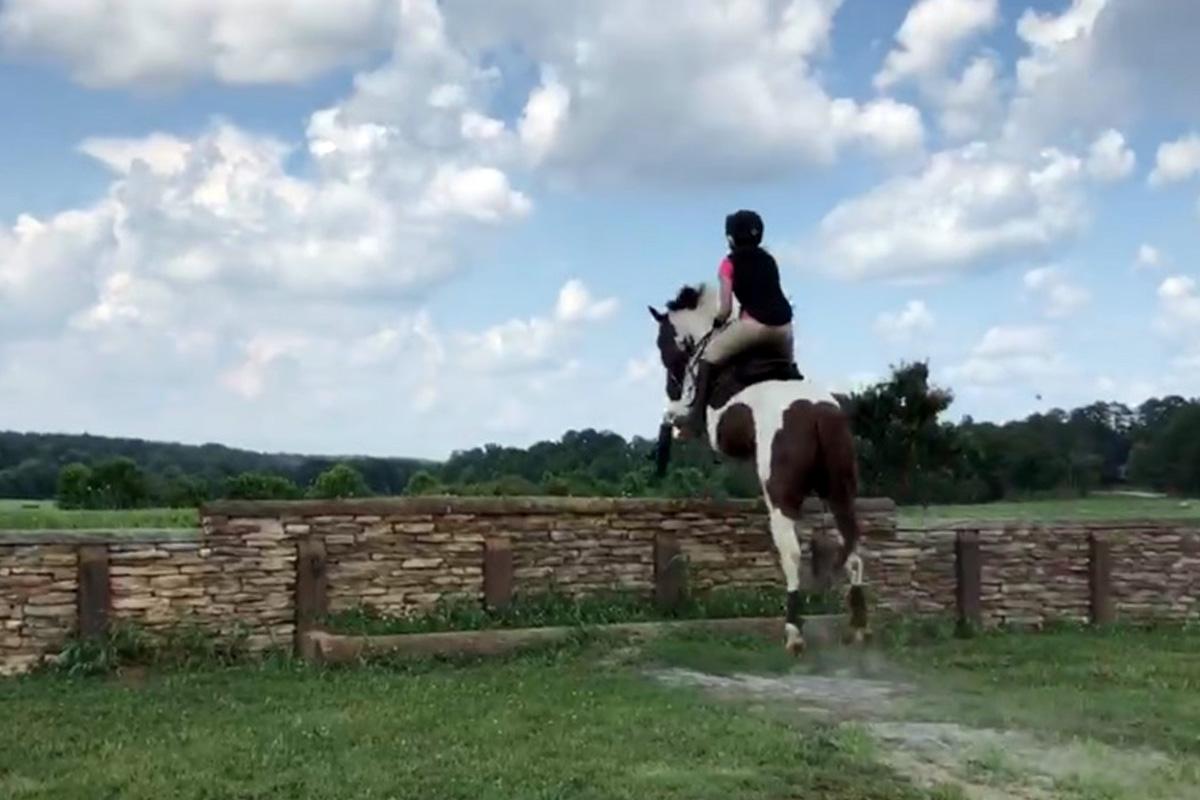 Up the second half of the double bank combo. Photo by Kristina Munroe

JJ popped a splint at our last 3-phase back in March, so we haven’t been out on the cross country course in a few months. With the USEA Area III Championships now less than a month away, I wanted to get back out there and knock the rust off before we head into the competition.

Fortunately, my friend and trainer Miriam Offermanns of Milym Equestrian scheduled a schooling trip to Chattahoochee Hills this past weekend for a few of us and JJ and I were able to go.

Our group arrived in the afternoon and it was HOT. We had five horses going out, and we were all eager to get to work. After tacking up, I got on and JJ immediately bee-lined towards the cross country area – he knew his job and it was clear that he couldn’t wait to get back out there, too.

We headed down to the XC field and got a little surprise… the jumps were gone and the main water complex was empty! With the exception of some Prelim+ questions, it was pretty barren. The website had said that schooling was open, but I guess the prep for upcoming events started early. Bummer.

We were all feeling a little dismayed that our plans had been thwarted, but as we were walking into the back field we spotted a couple of jumps that hadn’t been taken away yet. There were men working on tractors cutting the grass and moving jumps, and I was afraid that they would grab the last few remaining obstacles, so I did what any sane eventer would do – I pointed JJ directly towards where they were working and started warming up while circling the jumps. Basically, I was “claiming” them and putting out the message of “hey, please don’t take these away, we’re going to be jumping them in a few minutes!”

Fortunately, the workers got the hint and left the jumps alone so we could school and I was thrilled. At least we had something salvageable! There were three beginner novice and three novice fences, and JJ hopped over all of them as if he could do them in his sleep. I had been hoping to start schooling Training, but given the lack of opportunity and the extreme heat, we all decided it was better to just take it easy and make it a fun, positive experience for the horses instead of trying to do anything challenging.

Since our actual jumps were limited, our group focused on more permanent obstacles instead; we worked up banks, down banks, and ditches. I couldn’t help but laugh, because down banks and ditches are our weak points so it actually worked out better this way for me and JJ since we got to school what we needed the most work on.

I was really impressed with how our group had turned lemons into lemonade and made the most of an imperfect situation, but I was also really happy with how laid back and chill JJ was through it all. My horse, who was once deemed “dangerous and unrideable” was now the old pro, the one who knew his job and did it with zero drama. Miriam was schooling a green, young horse who had never been on cross country before, and JJ got the honor of being the “lead” horse to guide him over a few fences. I was so incredibly proud of my little guy who was acting as the mentor and setting a good example – he makes my heart so happy.

We’ll be returning to Chatt in a few weeks for the Area III Championships, and I’m feeling super positive about it. Stay tuned for updates! 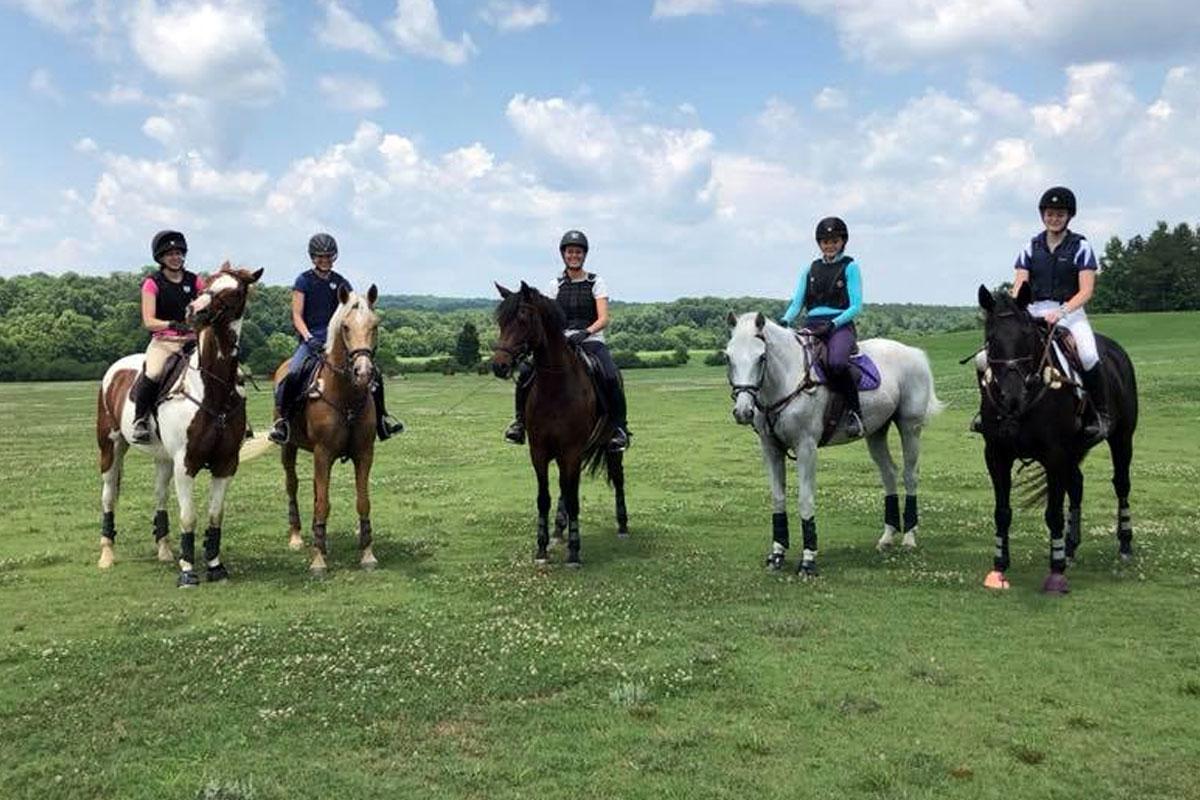 I love that my horse is the only one derping. (Team Milym, left to right: Ainsley on JJ, Mary on Cali, Miriam on Cappy, Shay on Liam, and Maris on Cruz) Photo by Kristina Munroe

Get creative with your schooling plan and you can make the most of any situation.